Stand Up Australia Sedentary behaviour in workers August 2009. Research into office-based, call centre and retail employee behaviours revealed that 77 percent of the working day is spent sitting. Individuals who spend high amounts of time sitting at work also tend to spend high amounts of time sitting on non-work days. Participants in the study perceived they had much higher levels of physical activity than they did when measured objectively. Prolonged sitting time in the workplace is an adverse health risk. Contents What Whatisissedentary sedentarybehaviour behaviour ?

4 5 About the study The study involved 131 Medibank Private and partner organisation employees, aged 18 years and over, who were ambulatory (i.e. not wheel-chair bound) and employed full-time within office-based, retail or

1 Stand Up Australia Sedentary behaviour in workers August 2009. Research into office-based, call centre and retail employee behaviours revealed that 77 percent of the working day is spent sitting. Individuals who spend high amounts of time sitting at work also tend to spend high amounts of time sitting on non-work days. Participants in the study perceived they had much higher levels of physical activity than they did when measured objectively. Prolonged sitting time in the workplace is an adverse health risk. Contents What Whatisissedentary sedentarybehaviour behaviour ?

2 3 What is Sedentary behaviour ? 4 About the study 5-6 Key findings Sedentary behaviour (from the Latin sedere to sit') is the term now used to describe activity for which energy 7-8 Physical activity: objective vs self-reported measurements expenditure is only marginally above resting levels and is typically characterised by sitting which can occur at work, 9 Sedentary activity: objective vs self reported measurements in transit, at home and during leisure time. Hence, the terms sitting time' and Sedentary time' are often used 10 Does gender make a difference?

3 Interchangeably each referring to Sedentary behaviour . 11 Recommendations Sedentary lifestyles Medibank and workplace health 12 References A Sedentary lifestyle (ie: undertaking none Medibank Private has been researching or insufficient amounts of health-enhancing workplace health for many years, examining physical activity) is considered to be a major the effects of health status on productivity and contributor to adverse health outcomes such the economy. Medibank's latest research, as type 2 diabetes, obesity and cardiovascular outlined in this report, investigates sitting time disease.

4 Notwithstanding the poor participation in various groups of working adults. It aims to in physical activity in leisure hours by characterise both Sedentary and physical activity Australians, the increasing pace of technological patterns in staff from different working change in workplace environments has also environments corporate/office based, retail, meant that prolonged sitting has become a and call centre employees. ubiquitous component of adults' working lives. This landmark study, Stand Up Australia , is Posture at work has long been recognised a national collaboration between the Baker as potential occupational hazard1 but research IDI Heart and Diabetes Institute, the Cancer is now linking high amounts of Sedentary time - Prevention Research Centre at The University or prolonged sitting - with premature mortality2, of Queensland and Medibank Private.

5 Heart disease and diabetes3-9. The data analysed on the following pages There is increasing recognition that Sedentary was collected using accelerometers, along time in office-based workplaces also needs to with self-reporting of activity levels in Medibank be considered as a potential adverse health risk Private and a partner organisation's employees and is distinct to the lack of physical activity from three distinct workplace settings office- outside work hours. based, retail and call centre. With increasing evidence of Sedentary behaviour being linked to chronic disease, and known associations between chronic disease and reduced productivity through absenteeism and presenteeism, there is growing speculation that prolonged sitting is an important factor in workplace health and outcomes.

6 2 3. About the study Key findings The study involved 131 Medibank Private and partner organisation employees, aged 18 years and over , Based on the objectively measured data Overall, significantly more time was spent who were ambulatory ( not wheel-chair bound) and employed full-time within office-based, retail or (accelerometer), the findings of the Stand Up in light-intensity activity on non-work days call centre workplace settings. Participation was voluntary, with employees invited to participate in the Australia study show that the majority of time compared to work days, however, surprisingly, study via internal email.

7 In being a convenience sample, it is acknowledged that this participant group spent at work is Sedentary 77 percent. more moderate-to-vigorous intensity activity may have been more interested in health/healthy lifestyle than a random population sample. occurred on work days compared to non-work More broadly, 70 percent of the entire work days. The study was conducted over two separate visits during a 10 day target period. day (before, during and after work) is spent Sedentary compared to a non-work day in While at work, call centre employees had the which the proportion is lower at 62 percent.

8 Highest amount of Sedentary time, engaged in less light-intensity activity, and took fewer Visit 1 Visit 2 Moderate-to-vigorous intensity physical activity breaks in Sedentary time compared to office the type of activity that forms the basis for Participants were provided with an Participants returned their accelerometer and and retail employees. current National Physical Activity Guidelines accelerometer (a small, non-invasive device diary. Information on self-reported sitting and occupied less than 5 percent of the time on used to record the time, duration and the physical activity time (from past seven days).)

9 Both work days and non-work days. The intensity of physical activity duration and sitting was collected using an interviewer-administered remainder is occupied with light-intensity time) and a diary to record work-times and questionnaire. A take home questionnaire (incidental) physical activity. sitting activities undertaken during their waking assessing perceptions towards strategies to hours. reduce Sedentary behaviour in the workplace was given to participants to complete in their General demographic (age, sex, date of birth, job classification, living circumstances).

10 Own time. Chart 1: Objectively-measured Sedentary time information was obtained using an interview The Stand Up Australia study is the first in administered questionnaire. Height, weight Australia and internationally, to collect and waist circumference were collected using information from people in workplace settings 12. standard protocols of assessment. using objectively measured accelerometer data, 11. as well as self-reported data. The information Accelerometer use and diary completion 10. collected by the study provides research took place over seven consecutive days findings on Sedentary time, as a marker of time 9. 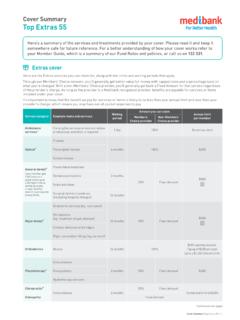 Cover Summary Top Extras 55 | 3 This is the amount of time you need to wait from the date you purchase an item, before we pay towards a replacement for it. Below are the benefit replacement periods that apply to your cover. 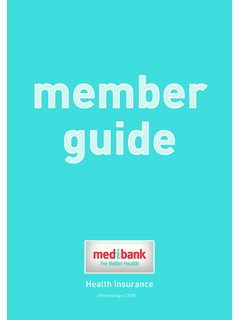 Member Guide | 3 This Guide is a summary of Medibank’s Fund Rules and policies as at the date of this Guide. It’s designed to help you understand how your 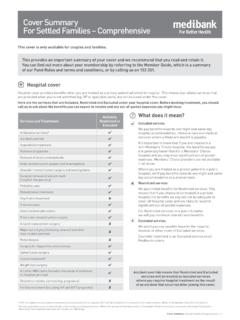 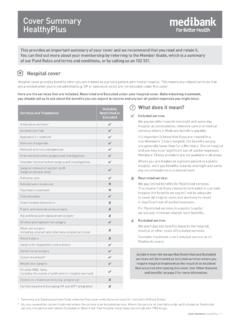 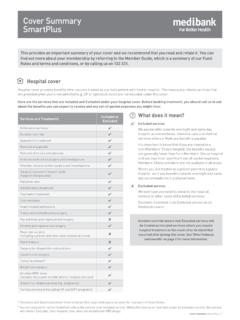 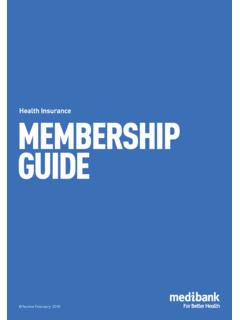 6 | Membership guide This guide has been prepared to help you understand what it means to be a member of Medibank and what your membership entitlements and responsibilities are. 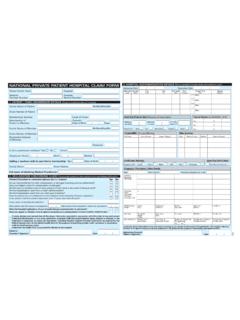 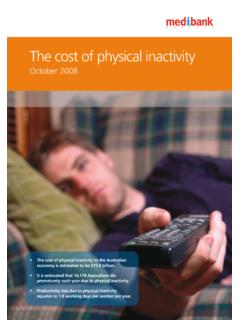 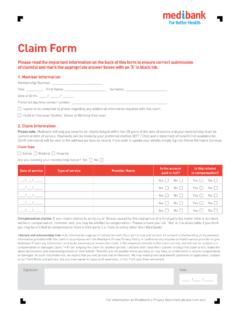 3. Checklist / Considerations I am claiming services from a Medibank recognised provider. Receipts and/or accounts for each claim attached are original, itemised in full, written in English, and are on the provider’s official 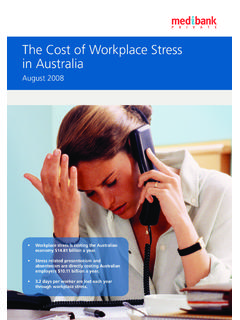 The Cost of Workplace Stress in Australia - …

2 3 Contents Medibank Private and Workplace Health 4 What is workplace stress? 5 Not all workplaces are the same 6 Optimal level of stress – the relationship between stress and performance 7 Key findings 8 Conclusion 9 Giving your business a healthier future with Medibank Priority 10 References Stress in the workplace is a growing …

Workplace, In the workplace 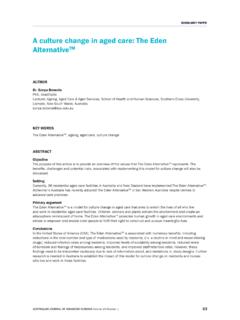 A culture change in aged care: The Eden …