State-Level Policy Advocacy for Children Affected by parental substance Use Sid Gardner Children and Family Futures August 2014. Introduction This Advocacy guide: Provides compelling data to demonstrate that alcohol and drug use is a key factor in a high percentage of child welfare involved families Outlines eight barriers to taking substance abuse seriously in the child welfare system Summarizes five levers for advocates aiming at going beyond pilot projects to systems change Highlights Policy and practice innovations that advocates can promote State-Level Policy advocates working in the field of child welfare face many challenges.

1 State-Level Policy Advocacy for Children Affected by parental substance Use Sid Gardner Children and Family Futures August 2014. Introduction This Advocacy guide: Provides compelling data to demonstrate that alcohol and drug use is a key factor in a high percentage of child welfare involved families Outlines eight barriers to taking substance abuse seriously in the child welfare system Summarizes five levers for advocates aiming at going beyond pilot projects to systems change Highlights Policy and practice innovations that advocates can promote State-Level Policy advocates working in the field of child welfare face many challenges.

2 At the same time, they have many opportunities to build on programs that have proven successful in improving child welfare outcomes. In many ways, child welfare is an open system, requiring support and close collaboration from other agencies and from the community to achieve its goals. For advocates, that means a wider lens for Advocacy is often needed, extending beyond child welfare to advocate for the resources needed by the child welfare system from other agencies and systems. The needs of the Children and families Affected by child abuse and neglect can be so immediate that at times the symptoms of child maltreatment can receive more emphasis than their causes.

3 Advocates can make headway on goals to prevent child maltreatment and keep families together by working on the causative factors that bring families to the attention of child welfare services before the abuse or neglect occurs, especially substance use, mental disorders, family violence, and family poverty. Chart 1 makes two points for advocates to consider: The growth in recognition of substance abuse as it affects removal of Children from their homes The great variations among states in identifying, recording, and responding to the use of alcohol and other drugs (AOD) as it increases risks to the safety and well-being of Children Yet, most child welfare practitioners would react to this data as a major under-statement of the importance of alcohol and drugs in child welfare.

6 Abuse, while certainly not the factor that drives all child welfare cases, is one of the most important factors in parents losing their parental rights. For advocates, the question this raises is whether the state agency devotes proportionate attention to substance abuse as it affects risk, removals of Children , and terminations of parental rights. State-Level Policy Advocacy for Children Affected by parental substance Use | State Policy Advocacy and Reform Center 2. Chart 3: Percent and Number of Children with Terminated parental Rights by Reason for Removal, 2012.

8 1 parental substance abuse places the family at an increased risk of child abuse, neglect, and trauma. Most of these Children are not identified by child-serving agencies. Two-thirds of Children in foster care had lived with someone with an AOD problem, according to the recent analysis of the 2011-2012 National Survey of Children 's Health. 2 substance abuse problems are especially severe among families with infants in foster care, who make up a disproportionately large percentage of first-time admissions to out-of-home care, consisting of 24 percent of first-time admissions in urban areas.

9 The challenge is responding to these issues with early identification and early intervention in providing these Children and their parents with needed services. The National Survey of Child and Adolescent Well-being data reviewed by Chapin Hall researchers found that caseworkers reported active AOD abuse by caregivers for nearly 41 percent of older Children and almost 61 percent of infants. 3. Another critical statistic is the estimate from federal sources that as many as 15 percent of live births were prenatally exposed to AODs, which yields an annual total of 585,000 infants whose life chances may be at risk due to the effects of that prenatal exposure and the accompanying family stress and instability.

10 4 Again, most of these infants are not identified as prenatally exposed, despite federal legislation in the Child Abuse Prevention and Treatment (CAPTA) amendments of 2010. CAPTA requires states to have a plan for safe care of prenatally exposed infants and a plan for receiving referrals of such births from child protective services. 5 The intent of these agreements is to enable mothers' enrollment in treatment and to ensure safety for Children . 6. When all of this evidence of the importance of substance abuse in child welfare is added up, a strong case can be made for expanding the Policy goals of the child welfare system from safety, permanency, and child well- being to include recovery for the many parents Affected by AOD. 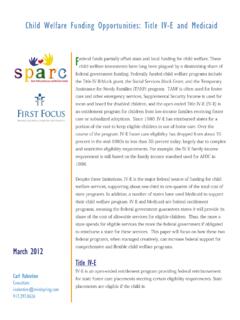 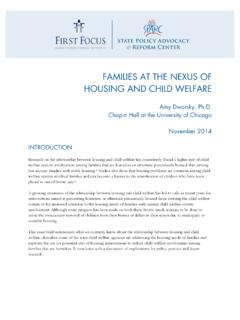 FAMILIES AT THE NEXUS OF HOUSING AND CHILD … 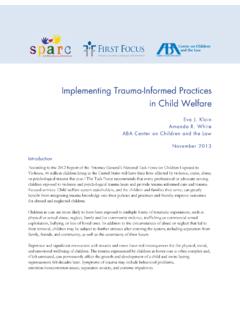 Trauma-specific interventions go beyond treating the symptoms of trauma, such as mental health disorders, and focus on the interplay between trauma and its …

Kansas Act Against Discrimination (KAAD) and … 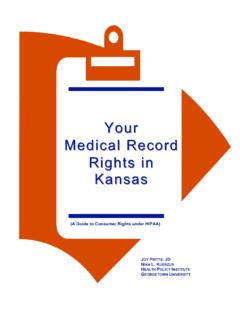 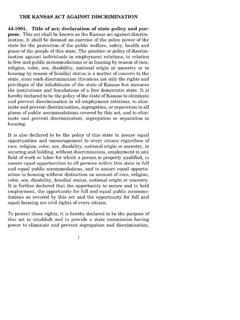 THE KANSAS ACT AGAINST DISCRIMINATION 44 …

1 THE KANSAS ACT AGAINST DISCRIMINATION 44-1001. Title of act; declaration of state policy and pur-pose. This act shall be known as the Kansas act againstdiscrim-

Who May Adopt, Be Adopted, or Place a Child for …

WHAT’S INSIDE Grounds for Involuntary Rights

Curent ThruTongrDencmubT20u16nmc6rnTrhTpmu0ncmDTs6:/c https://www.childwelfare.gov. 2 Grounds for Termination of Parental Rights The grounds for involuntary ... 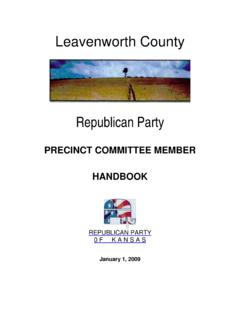 The Republican Party was born in the early 1850's by anti-slavery activists and individuals who believed that government should grant western lands to settlers free of charge.

Psychosocial Needs of the Elderly - LeadingAge …

changes. Chronic illness affects body systems. The fear of loss of independence is great. Being independent is a strong value for most. Changes in income: Often retirement income is less than half the income earned when the person was fully employed.