Status Report . Land Rights and Ownership in August 2008. The project Social Mobilisation around Natural Resources Management for Poverty Alleviation' was launched in December 2003 by the Ministry of Rural Development (MoRD), Government of India and the United Nations Development Programme (UNDP). Supporting the Government of India's commitment to expand self employment opportunities for the poor, the project specifically targeted poor women and marginalised communities and was implemented through 17 NGO partners in 11. districts across three states Jharkhand, Orissa , and Rajasthan. Access to land is acutely important in rural India, where the incidence of poverty is highly correlated with lack of access to land.

STATUS REPORT: Land Rights and Ownership in Orissa 8 With regard to land availability and number of landless, coastal and tribal Orissa present a very interesting trend. If the coast is facing the problem of increasing landlessness and less land available

1 Status Report . Land Rights and Ownership in August 2008. The project Social Mobilisation around Natural Resources Management for Poverty Alleviation' was launched in December 2003 by the Ministry of Rural Development (MoRD), Government of India and the United Nations Development Programme (UNDP). Supporting the Government of India's commitment to expand self employment opportunities for the poor, the project specifically targeted poor women and marginalised communities and was implemented through 17 NGO partners in 11. districts across three states Jharkhand, Orissa , and Rajasthan. Access to land is acutely important in rural India, where the incidence of poverty is highly correlated with lack of access to land.

2 This study focuses on the situation of land Rights and Ownership in the state of Orissa , with a focus on the landless, women and people from the Scheduled Tribes. It traces the history of land reforms in Orissa followed by a comprehensive analysis of the impact of existing land legislation, the various land distribution schemes of the state government and the Forest Rights Bill (2006). The study also examines issues of land acquisition, transfer and alienation linked with industrialization, mining, development induced displacement and commercial agriculture. Finally, the study provides concrete suggestions to improve access of the poor to land and highlights the need to arrest processes that are promoting land alienation.

3 The Status Report has been prepared by Mr. Sanjoy Patnaik, Director, Research and Advocacy, at the Regional Centre for Development Cooperation (RCDC), Bhubaneswar, Orissa . Mr Patnaik has worked extensively on land Rights as well as on trade and governance issues related to forest and agricultural produce. RCDC is a development support group that works towards strengthening community initiatives and policy environment for sustainable development of local natural resources in Orissa and adjoining states of Central India. Mr. Harshvardhan, Project Associate, GOI-UNDP Project, has facilitated and provided back-up support for the study. Ms. Judith Smith, Independent Consultant, has provided editorial support and coordinated print production.

4 The views expressed in this publication are those of the author and do not necessarily represent those of the Government of India, the United Nations or UNDP. Please do not quote or cite without permission. Copyright UNDP 2008. All Rights reserved Manufactured in India CONTENTS. Introduction 7. 1. History of Land Settlement, Reforms and Legislation in Orissa 10. 2. Land Ownership Status and Trends 14. Implementation of Land Reforms in Orissa 14. Distribution of Ceiling Surplus and Government Wasteland 15. Prevention of Transfer of and Restoration of Land 18. Distribution of Land to the Homestead-less 19. Distribution of Bhoodan Land among the Landless 20.

6 Annexures 1: District-wise Figures on Landless and Available Land 66. 2: Land Distribution under Bhoodan Land 67. 3: District-wise Bhoodan Land Position 68. 4: Land Utilisation Statistics 2004-2005 69. 5: Extent of Tribal Land Alienation in Some States 70. References 71. Status Report : Land Rights and Ownership in Orissa 6. Introduction One of the major problems for the vast majority of the rural population in India is the inadequate or almost non-existent access to fertile land. Rural poverty in India, as we all know, has its roots in the absence of access to land. Secure access Rights to land are also an imperative for food security. Without land security, efforts to use natural resources in a sustainable manner may not be fruitful1.

7 According to recent statistics from the Food and Agriculture Organization, the majority of the world's hungry . 508 million out of a total of 800 million people live in Asia, where hunger is virtually synonymous with the small and marginal farmers and landless. The skewed nature of land distribution in India is reflected in the fact that approximately two percent of landholders2 own 25 percent of the land whereas 98 percent of the landholders3 own just 75. percent of the land. Around 43 percent of rural households in the country are landless. In order to bring a balance and bridge the gap between the poor landless and the rich landed peasantry, a number of land reforms legislations were promulgated after Independence.

8 The State of Orissa also initiated a number of legislative reforms to improve access to land. The Orissa Land Reforms Act 1960, was regarded a watershed in giving land Rights to the tenants. It was meant to go beyond the ideological goal of land to the tiller' and achieve the more pragmatic objective of promoting proper and effective utilization of land in an effort to increase food production in the state - and the country, by extension. Though a number of progressive legislations were promulgated in Orissa after independence, their implementation remains a major concern. The Land Ceiling Act was enacted in 1974 with the intention of bringing economic and social justice amongst the weaker sections of the society.

9 Its objective was to acquire surplus land by the Government and redistribute it among landless to improve the economy and living standards of the weaker sections of society. As per ceiling surplus rules, land up to standard acres was allotted to the landless persons for agricultural purpose. The ceiling surplus operation failed to yield the desired result because of lack of actual physical possession by the beneficiary, unavailability of record of Rights , and poor land quality making it almost impossible for him/her to cultivate the land and at times even identify it. A number of beneficiaries have pattas for ceiling surplus land allotted to them but the land is still under possession of the previous owners.

10 The government responded to repeated appeals from tribal and civil society organizations, by coming out with a campaign called Mo Jami Mo Diha (My Land and My Homestead land), launched in 2007 to ensure possession within a stipulated time. It is generally believed, however, that the amount of illegal land transfer is much more than what is reflected in government records and the process of ensuring actual possession in the above cases has not been an unqualified success. 1. The distribution of land tenure is extremely uneven: even though 75 percent of the world's poor and undernourished live in rural areas and their food supply, according to the Food and Agriculture Organization, could be significantly improved by giving them access to land, half the world's arable land is owned by only 4 percent of the world's landowners - most of whom are either large estate owners or multinationals. 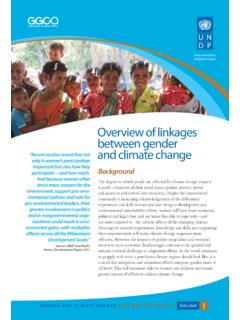 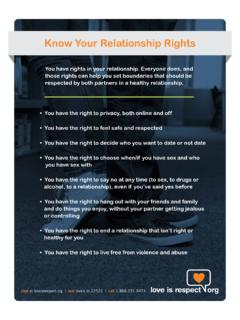 Know Your Relationship Rights You have rights in your relationship. Everyone does, and those rights can help you set boundaries that should be

FACT SHEET: A summary of the rights under the Convention on the Rights of the Child Article 1 (Definition of the child): The Convention …