09/11/2004 15:37 Page 681. PRACTICE. IN BRIEF. This paper : Reviews the physiology of glucocorticoids. Provides an update on the therapeutic applications of Steroid drugs. Provides an understanding of the theoretical basis for adrenal crisis and collapse. Provides the dental practitioner with guidelines for management of patients being treated with Steroid drugs. Steroid cover for dental patients on long-term Steroid medication : proposed clinical guidelines based upon a critical review of the literature N. Gibson1 and J. W. Ferguson2. based to a great extent upon mainly anecdotal case reports and theory, there is a general acceptance that patients on long- term systemic Steroid medication should receive supplementary glucocorticoids or Steroid cover ' when undergoing certain types of stressful treatment including dentistry.

1 09/11/2004 15:37 Page 681. PRACTICE. IN BRIEF. This paper : Reviews the physiology of glucocorticoids. Provides an update on the therapeutic applications of Steroid drugs. Provides an understanding of the theoretical basis for adrenal crisis and collapse. Provides the dental practitioner with guidelines for management of patients being treated with Steroid drugs. Steroid cover for dental patients on long-term Steroid medication : proposed clinical guidelines based upon a critical review of the literature N. Gibson1 and J. W. Ferguson2. based to a great extent upon mainly anecdotal case reports and theory, there is a general acceptance that patients on long- term systemic Steroid medication should receive supplementary glucocorticoids or Steroid cover ' when undergoing certain types of stressful treatment including dentistry.

2 The theoretical basis to this practice is that exogenous steroids suppress adrenal function to an extent that insufficient levels of cortisol can be produced in response to stress, posing the risk of acute adrenal crisis with hypotension and collapse. The purpose of this paper is to review relevant literature and propose clinical guidelines for dental practitioners. Of numerous reported cases of adrenal crisis following procedural interventions, few stand up to critical evaluation. Other reviewers have reached similar conclusions. A number of studies confirm the low likelihood of significant adrenal insufficiency even following major surgical procedures. Various authors have suggested modified guidelines for management of patients on Steroid medications.

3 patients on long-term Steroid medication do not require supplementary Steroid cover ' for routine dentistry, including minor surgical procedures, under local anaesthesia. patients undergoing general anaesthesia for surgical procedures may require supplementary steroids dependent upon the dose of Steroid and duration of treatment. INTRODUCTION such as surgery or 3 It has thus REVIEW OF LITERATURE. Glucocorticoids were first introduced in become common for standard textbooks the 1940s and have become a widely pre- in dentistry to recommend the administra- Physiology of glucocorticoids scribed class of drugs. Subsequently, con- tion of oral or intravenous steroids prior The cortex of the adrenal gland produces cern developed regarding the potential of to even minor dental procedures such as both sex (androgens) and corticoid hor- exogenous steroids to suppress normal conservative With the mones, the latter being divided into miner- adrenal gland function.

5 Stress results in release and Professorial Fellow, University of Melbourne, 711 Addisonian crisis, Steroid cover , covering of cytokines, and in particular the cytokine Elizabeth Street, Melbourne, Australia, 3000. *Correspondence to: J. W. Ferguson literature up to December 2002. All identi- interleukin-1, which causes cortisol levels E-mail: fied publications were considered for the to rise thereby mobilising the body's glyco- present review, excluding however those gen and fat Refereed Paper papers which did not add materially to the Control of cortisol release is modulated Received ; Accepted previously published body of knowledge through the hypothalamic-pituitary-adre- British dental Journal 2004; 197: 681 685 on the subject. nal (HPA) axis, whereby secretion of corti- BRITISH dental JOURNAL VOLUME 197 NO.

6 11 DECEMBER 11 2004 681. 09/11/2004 15:37 Page 682. PRACTICE. cotrophin-releasing hormone (CRH) from most typical presentation is of hypoten- istration of intravenous hydrocortisone the hypothalamus in turn modulates sion, and hyponatraemia without vol- will produce a rise in blood pressure in release of adreno-corticotrophic hormone ume Additional symptoms healthy patients , and cannot thus be (ACTH) from the anterior pituitary gland. may include fatigue, weakness, arthral- regarded in these two cases as prima facie Cortisol release is in direct response to the gia, nausea, and orthostatic dizziness evidence of acute adrenal action of ACTH. Cortisol, as well as exoge- associated with hypotension. Hypotension following general anaesthesia nous glucocorticoids, functions to provide 3.

7 patients taking exogenous glucocorti- can have numerous causes, including nau- negative feedback on CRH release from the coids. Exogenous glucocorticoids can sea and failure to restore volume following hypothalamus and thus cause adrenal gland suppression and pre-operative fasting. Furthermore, neither resultant atrophy. With atrophy of the cortisol levels nor electrolytes were Glucocorticoid insufficiency adrenal glands there is a decreased glu- assessed, and the patients were not worked Thomas Addison, in 1855, described the cocorticoid response to stress, and this up for other causes of hypotension. It is clinical syndrome associated with disease may precipitate an adrenal correspondingly inconclusive that adrenal of the adrenal glands. Primary Addison's crisis was the cause of hypotension in disease follows destruction of the adrenal Adrenal crisis and surgery either case.

8 Gland, resulting in decreased mineralocor- The stress of surgery may precipitate adre- A further case of adrenal crisis was ticoid and glucocorticoid Autoim- nal crisis in patients . Since 1952, fifty- reported by Scheitler et al.,18 involving a mune disease has now superseded tubercu- seven cases have been reported of patients 43-year-old man undergoing tooth extrac- losis as the most common cause of primary suffering fatal circulatory collapse follow- tion under local anaesthesia. However this Addison's disease, while other causes are ing surgery, believed to be due to cortisol patient, who had well-documented second- metastatic cancer, haemorrhage and fungal insufficiency, and these cases have been ary Addison's disease subsequent to pitu- disease,8 and an identical clinical state will reviewed and summarised in the paper by itary surgery and radiotherapy, had a reac- also arise following adrenalectomy.

9 Sec- Salem et In reviewing these reports, tion involving high fever and raised blood ondary Addison's disease results from defi- firm evidence of definite adrenal insuffi- pressure inconsistent with acute adrenal ciency of ACTH due to disease of the ante- ciency was however identified for only insufficiency. This case therefore does not rior pituitary gland, but may also result three cases, while in three further cases meet any reasonable criteria for adrenal from the action of exogenous glucocorti- adrenal insufficiency was the likely cause. crisis. coids in suppressing ACTH release. This The remaining cases were inconclusive or leads to decreased glucocorticoid levels not likely to have been related to cortisol Exogenous glucocorticoids and adrenal only, mineralocorticoid levels being not levels.

10 Cope21 has stated that most reported suppression affected as they are controlled by the cases of adrenal insufficiency were a fail- Every day, 24 to 30 mg of cortisol (equiva- renin-angiotensin ,9 Addison's dis- ure of medical diagnostic skills not the lent to 5 mg prednisolone) is released ease may present either as a chronic illness, adrenal glands.' It could thus reasonably be in a rhythmic pulsatile fashion. Under or as an Addisonian or adrenal crisis asso- concluded that adrenal insufficiency lead- stress this may increase to 300 mg (60 mg ciated with a stressful event when cortisol ing to acute adrenal crisis is considerably prednisolone equivalent) per The levels fail to meet the body's increased over reported. existence of adrenal suppression can be requirements. 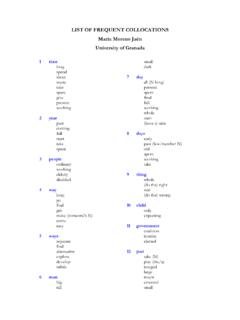 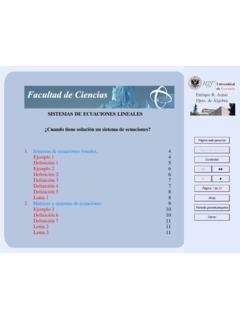 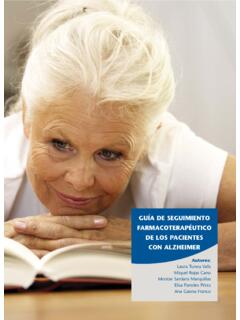 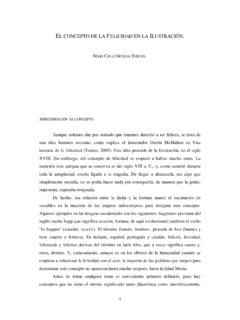 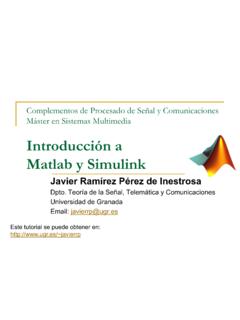 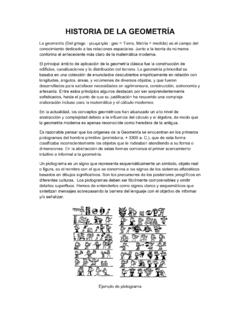 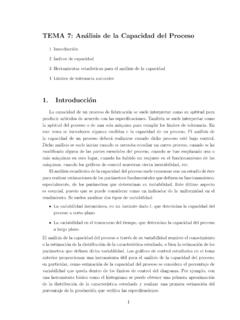 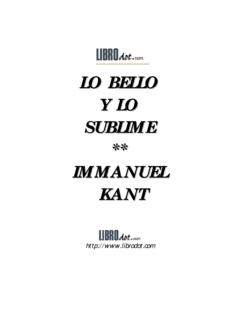 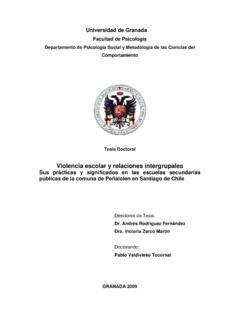 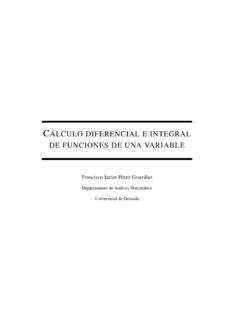 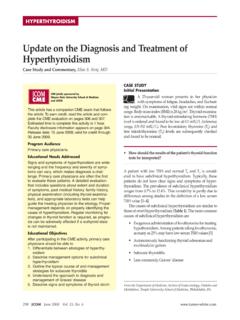 Update on the Diagnosis and Treatment of …

Update, Treatment, Year, Diagnosis, Fatigue, Update on the diagnosis and treatment of

Update on the Diagnosis and Treatment of, Year, Fatigue