Description: A relatively small salamander, 2.4 - 3.9 in. (61 - 99 mm) with several distinct life stages. Adults and older juveniles are olive to greenish

4 Some counties indicated as occupied on map lack recent records and may no longer be inhabited; future work may yield specimens from some counties not indicated on map. Range-wide Distribution: Extends northward into southwestern and eastern Georgia. Conservation Status: Species has undoubtedly declined range-wide as a result of habitat disturbance and destruction, mostly for silviculture. Most of the best remaining populations are on protected lands, including national forests, military installations, and an ecological preserve. Protection and Management: Maintain relatively natural upland habitats and included isolated wetlands; avoid intensive forestry and soil disturbance.

5 Use prescribed fire to burn uplands as well as wetland basins when dry. Do not stock ephemeral ponds with predatory fish such as bass, catfish, and sunfish. Because species has been recorded moving into uplands nearly mi. (700 m) from breeding ponds, preserve relatively large upland buffers, as well as natural connections among complexes of ponds, which have greater long-term potential to support populations than single, isolated ponds. Monitor known populations, especially in conjunction with changes in habitat. Protect populations in both panhandle and peninsula, as these may be genetically distinct. 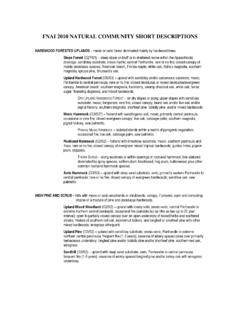 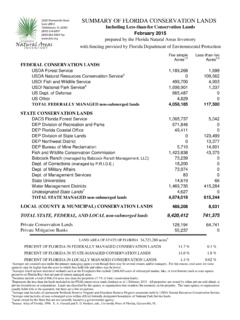 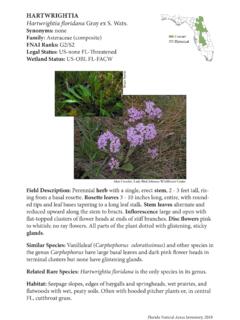