3 Skill shortages and mismatches and the deficiencies in the education system that underlie them and the low participation of women in the workforce particularly need to be remedied. Measures to improve small and medium enterprise (SME) productivity and to reduce gaps between rural and urban SMEs will also be needed. 2 SOUTHEAST ASIAN ECONOMIC OUTLOOK 2013: WITH PERSPECTIVES ON CHINA AND INDIA OECD 2013. STRUCTURAL POLICY Challenges FOR SOUTHEAST ASIAN COUNTRIES. Malaysia 's medium-term POLICY challenges and responses Strengthen TVET and the education system to address skills shortages Address weaknesses in labour market functioning Enhance productivity of SMEs POLICY FOCUS. Strengthen TVET and the education system to address skills shortages Intensifying human capital development is a critical need The Malaysian government has introduced a national transformation framework which aims to drive the COUNTRY toward an advanced nation by 2020.

4 Three pillars of the framework, the New Economic Model (NEM), the Economic Transformation Programme (ETP), and the 10th Malaysia Plan (2011-2015), have underscored the critical role of a highly skilled, creative and innovative workforce in achieving a high income economy that is both inclusive and sustainable. Presently, the talent base of the workforce of Malaysia has lagged behind the standard of high-income The COUNTRY suffers from a shortage of skilled workers, weak productivity growth stemming from a lack of creativity and innovation in the workforce, and an over-reliance on unskilled and low-wage migrant workers (National Economic Advisory Council, 2010). In 2010, of the Malaysian labour force had only a secondary level education, had primary level education and had no formal education.

5 That implies nearly three-quarters ( ) of the Malaysian labour force in 2010 is low-skilled. An also noteworthy point is that more than 47% of non-Malaysian citizens in the labour force, migrant workers, had only a primary level education. The Malaysian government has realised that the present education system needs a complete overhaul if the COUNTRY is to transform itself into a knowledge- and innovation- based high income economy. The Malaysia Education Blueprint 2013-2025 was launched in September 2012 as the latest initiative of the government to transform the education system into one that produces thinking and innovative students to meet the needs of the new economy. Employers' over-reliance on unskilled and cheap foreign labour has led to inadequate growth of skilled workers in the labour market.

6 As a result, only 25% of Malaysia 's labour force is composed of highly skilled workers, as compared to significantly higher proportions in Singapore, Chinese Taipei and Korea. The inadequately educated labour force of Malaysia has become the main obstacle to business operations and growth. Businesses in Malaysia , including SMEs, face increasing difficulties in recruiting and retaining skilled workers at the technical, supervisory and managerial levels (National SME Development Council, 2012). Such difficulty has intensified as the mismatch between skills needed by the labour market and those acquired by job seekers has worsened. More than 40% of firms have reported vacancies for skilled production worker positions, and the average time SOUTHEAST ASIAN ECONOMIC OUTLOOK 2013: WITH PERSPECTIVES ON CHINA AND INDIA OECD 2013 3.

7 STRUCTURAL POLICY Challenges FOR SOUTHEAST ASIAN COUNTRIES. required to fill a vacancy is about four weeks (World Bank, 2009b). The main reason given by the firms for this long process is that the applicants did not have the required basic skills or the right technical skills needed to carry out the jobs in question. The evidence of skills mismatch is further indicated by the relatively high unemployment rate of graduates (Table ). A survey by the Ministry of Higher Education (MOHE). in 2008 shows that about a quarter of graduates of university and colleges remained unemployed six months after completion of their studies. For those who secured jobs, almost one-third were in jobs at a lower skill level than they were trained for (National Economic Advisory Council, 2010).

8 Table Employment status of 2006 and 2007 graduates at the end of 2008 in Malaysia , by institution type and level (percentage). Employment Status Institut Pengajian Tinggi Awam (IPTA)* Institut Pengajian Tinggi Swasta (IPTS)**. Bachelor's level Below Bachelor's level Bachelor's level Below Bachelor's level Employed Waiting for placement Pursuing further study Unemployed NOTES : * Public Higher Education Institution. ** Private Higher Education Institution. Source: Malaysia Economic Monitor 2011, Table 16, While the government has been trying to raise the skill-level of the labour force by broadening the access to technical and vocational education and training (TVET), the take-up rate is still low. Only 10% of students enrol in upper level secondary technical and vocational education, much lower than the average enrolment rate of 44% for OECD.

9 Countries (EPU, 2010). Moreover, as a recent assessment of the Malaysian National Dual Training system by Pang (2010) shows, skill-training programmes remain mismatched with industry requirements in Malaysia , partly because the private sector has not been given a sufficient role in shaping the programmes. The education system needs to be reformed to produce students with strong analytical and problem-solving capabilities, a good command of English, and effective social networking skills. These qualities are of great importance in the adoption of cutting edge technology and in the promotion of knowledge generation and innovation. Malaysia is increasingly at risk of falling behind competitor countries as the quality of its education is declining.

10 In 1999, Malaysia 's performance in the Trends in International Mathematics and Science Study (TIMSS) 8th Grade Mathematics and Science was well above the international average. The 2007 results, however, fell below the international average. In the three types of cognitive skills assessed (knowledge recall, the application of knowledge in solving problems and the ability to reason in working through problems), Malaysian students have lagged behind the performance of their counterparts in the high-income economies in the region. According to the OECD's Programme for International Student Assessment (PISA) 2009. Plus assessment, Malaysia performed in the bottom third for reading, mathematics and science, well below the international and OECD average in all three areas (Figure ). 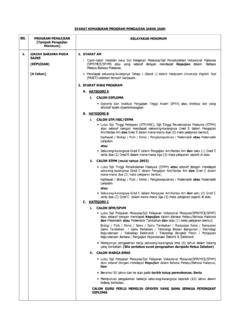 The Relationship between Reading …

International Journal of Humanities and Social Science Vol. 3 No. 13; July 2013 187 The Relationship between Reading Comprehension and Reading Strategy Use