STRUCTURE AND FUNCTION OF BIO- MOLECULES

2 R sum 51 7. Probl mes 60 STRUCTURE and FUNCTION of Biomolecules - 9 - 1. INTRODUCTION The MOLECULES that form the building blocks of living organisms obey the same laws of nature as all other chemical MOLECULES . However, such MOLECULES are different in a sense that they have a FUNCTION . They can be seen as highly efficient tools and/or machines or as dedicated building materials . Certain biomolecules even have the ability to replicate and repair themselves. As far as we know there are no biomolecules without FUNCTION . However, in a number of cases this FUNCTION is not known. Many biological MOLECULES form complex and highly ordered structures. This order is maintained using energy from the surrounding. The chemistry of such MOLECULES is nevertheless an important basis for understanding how biomolecules can fulfill their diverse functions . All biologi-cal phenomena have a molecular and therefore a chemical basis (Table ). Table Distribution of the most important ele-ments Earth (crust) Human body O % Si % Al % Fe % Ca % Na % K % Mg % Ti % H % C % H % O % C % N 5 Ca % P % Cl 5 K 5 S % Na % Mg % Major elements of the organic materials.

4 The FUNCTION of these biopolymers tends to be the same in all living organisms. In addition, the basic building blocks can be modified to fulfill other functions . For example, 20 amino acids are used to build the proteins. Besides those more than 150 amino acids are known, which fulfill other functions in the living organism. Most of these are chemical descendents of the 20 basic ones. Hy-brid-biopolymers are also known. Examples are the glycoproteins, which contain either one or sev-eral polypeptide chains (amino acids) and one or several glycosilation structures (saccharides). STRUCTURE and FUNCTION of Biomolecules - 13 - Tasks / functions of biopolymers Polynucleotides Storage and transfer of genetic information Proteins Realization of the genetic information, catalytic and transport functions , build-ing material, etc. (many others) Polysaccharides Storage of energy, structures (building material for the cell walls, etc.) Lipids Storage of energy, structures (building material for cell membranes, etc.)

5 Only polynucleotides and proteins store information in their STRUCTURE . STRUCTURE and FUNCTION of Biomolecules - 14 - 2. PROTEINS To a large extent, cells are made of protein, which constitutes more than half of their dry weight (Table ). Proteins are the most versatile class of MOLECULES in living organisms. Amongst their functions are: catalysis (enzymes), transport, storage (casein), contraction (muscles), protection (antibodies), attack (toxins), hormones (insulin, growth hormone) and STRUCTURE (collagen). All pro-teins contain C, H, N, O some S, P, Fe, Zn, Cu. Acidic hydrolysis yields 20 different -amino acids (L-form), which are encoded by the genetic code and which constitute the building blocks of the proteins in all living organisms. In addition, approximately 150 amino acids are known, which are not encoded by the genetic code and which are sometimes posttranslatorial modifications of the above mentioned 20 -amino acids.

6 However, and -amino acids are also known as well as some D-type amino acids. Typical posttranslatorial modifications of amino acids in proteins include: ace-tylation of the N-terminus (reduces degradation), hydroxylation of proline residues transformation of glutamate into -carboxyglutamate or the addition of sugar residues and lipid MOLECULES to mod-ify the final hydrophobicity of the molecule. Phosphorylation and methylation of specific amino acid residues have a signaling effect in several metabolic pathways. These modifications generally are reversible. Many proteins are also cleaved and trimmed after synthesis (trypsinogen trypsin). Table Approximate Chemical compositions of a Typical Bacterium and a Typical Mammalian Cell Percent of Total Cell Weight Component E. coli Bacterium Mammalian Cell H2O 70 70 Inorganic ions (Na+, K+, Mg2+, Ca2+, Cl-, etc.)

8 3 Other lipids - 2 Polysaccharides 2 2 Total cell volume: 2 x 10 -12 cm 3 4 x 10 -9 cm 3 Relative cell volume: 1 2000 STRUCTURE and FUNCTION of Biomolecules - 15 - Proteins, polysaccharides, DNA, and RNA are macromolecules. Lipids are not generally classed as macromolecules even though they share some of their features; for example, most are synthesized as linear polymers of a smaller molecule (the acetyl group on acetyl CoA), and they self-assemble into larger structures (membranes). Note that water and protein com-prise most of the mass of both mammalian and bacterial cells. STRUCTURE and FUNCTION of Biomolecules - 16 - Amino Acids Amino acids are bi-functional compounds containing both a carboxylic acid group (-COOH) and a basic amino group (-NH2) attached to the same carbon atom (Fig.)

9 They are building blocks of proteins. They are linked together by a peptide bond (see later). Fig. Amino Acid STRUCTURE Each protein species contains one or several polypeptide chains of defined amino acid sequence. In addition both the size (5'000 1'000'000 g/mol) and conformation are defined. While the amino acid sequence is determined by the genetic code, the 3D- STRUCTURE of a protein can at present not be predicted. The structures of some of the more important and more accessible proteins have been determined, by X-ray diffraction studies. While simple proteins contain only polypeptide chains, complex proteins (lipoproteines, phophoproteines, metalloproteines, glycoproteines) contain also non-peptide structures (prosthetic groups). Proteins can be soluble (globular proteins: antibodies, hormones, transport proteins like serum albumin) or insoluble ( STRUCTURE proteins: my-osin, fibrinogen). Proteins can assemble to supramolecular complexes (for example multienzyme complexes such as fatty acid synthetase).

The gamma function is an analytic function of s in the complex plane with the exception of singularities at the nonpositive integers which satisﬁes the recurrence relation sΓ(s) = Γ(s+1). ... isometric property under iterated compositions. The elements of L are functions which 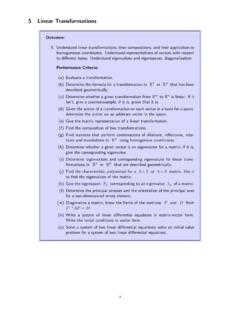 Understand linear transformations, their compositions, and their application to homogeneous coordinates. Understand representations of vectors with respect to diﬀerent bases. Understand eigenvalues and eigenspaces, diagonalization. ... taking the derivative of a function results in another function, d dx (x3 −5x2 +2x −1)=3x2 −10x +2,

function called the free energy. Thermodynamics tells us that: Equilibrium and Metastable States • Under conditions of a constant temperature and pressure and composition, the direction of any spontaneous change is toward a lower free energy. • The state of stable thermodynamic equilibrium is the one with minimum free energy.

As a function of composition, the gibbs free energy for the combination of pure A and pure B is a straight line connecting g. A. and g. B, as shown below: Now, let us remove the imaginary partition and let the A and B atoms mix. There should be some change in g due to this mixing, and it is given by ∆g. mix = ∆h. mix - T∆s. mix (3) The ... 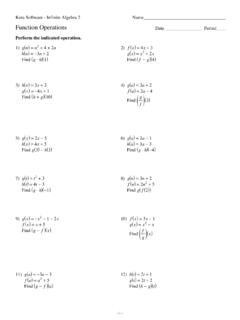 Permutations and the Determinant