Suggested Format For A 12 Step Group For Trauma …

2 The Twelve Traditions 15. The Promises 16. Topics for Discussion and Additional Resources 17-18. Controlling (Needing to Feel Powerful) and Writing about Feelings 19. Checklist for Hidden Anger 20-21. Let Go 22. Personal Bill of Rights 23. Twelve Step Review 24. Sharing and Honesty 25. The 12 steps of Alcoholics Anonymous 26. 12 Step Programs: Addresses and Book Reviews 27-30. 1. Introduction: Suggestions About How A Twelve Step Group Works A Twelve Step Group is different from any other type of recovery. In therapy, the therapist is the authority.

3 In therapy groups people confront and challenge and advise one another. We do not do that in healthy Twelve Step groups. The no-cross-talk suggestion is one of the reasons why this program is so effective. It keeps the focus on me, not on fixing you. I am not here because you have problems. I am here because I have problems. Confidentiality is at the heart of this program. We call it anonymity. Everything that is shared in the meeting and member to member must be kept confidential. We don't say who was at a meeting or what they said even to our spouse or best friend.

4 If we do mention something that helped us at a meeting we do not say, Joe We say someone said, or I heard at a meet- This places principles before personalities. Any gossip about what takes place at meetings may destroy the Group before it has a chance to get off the ground and also endanger individu- als. We suggest that the leader of the meeting be a volunteer, that the leadership change every week, or every month at the longest, and that topics be Suggested the week before so people can think about them during the week. Following a Format insures that the leadership is consistent.

5 Isolation is one of the signs of the problem, so we suggest talking to one another after the meet- ing, going for coffee, using the telephone, passing a phone list at each meeting so people can take numbers and call one another for support. Along with name, phone number and comments, best time to call and ok to leave a message? are two useful column headings on the phone list. Since sex and relationship addictions are common among us, we suggest not making major changes in life or relationships during the first year of recovery or until you have worked the steps with a Group or a sponsor who has done so.

6 We also suggest sticking to your own sex for support and sponsorship. If you feel that this doesn't apply to you, that is a sign that it is a really important principle for you to follow. Twelve step meetings start with a number of Suggested readings and these are also an impor- tant part of the healing process. Each week we hear how to recover, we hear the problem, the solution, the tools, the steps, the statement on sharing, the traditions, the promises. We hear over and over that it is possible to recover, that no one is in charge, that we don't have to do it perfectly, that we do not interrupt or give advice.

7 Sometimes groups want to cut the readings so there is more time for talk. I suggest not doing this until you have been meeting for six months and heard these things over and over. The messages in them are important for recovery. After hearing them every week for six months you will have a better idea of what is important for your recovery and so will the other members of the Group . If you find yourself getting to meetings late and missing the readings, don't be surprised if you have less progress than you'd like. It is Suggested that changing the Format only be done after careful consideration and by Group conscience: that is every one who is a member (and the only requirement for membership is having been affected by Trauma we want to make life better for ourselves and our families ).

8 Gets to vote on it and substantial unanimity is reached. Listening to one another with respect for each other's differences is an important part of recovery. Three weeks notice is usually given for 2. Group consciences of this type so all concerned people can be there. In any case it is Suggested that the steps, the statement on sharing, the traditions, and the promises be read at all meetings. If the readings take a half an hour the meeting might be scheduled for an hour and a half, giving an hour for sharing. Many large meetings split into smaller groups after the readings so people have more time to share.

9 No one is an authority on your recovery except you. Recovery is not a race and it takes time and persistence and many failures. Whoops! is a good slogan if you find yourself doing the same old thing. Progress not perfection is our guide. Sometimes just noticing that we did something we're trying not to do is all the progress we can make this time, but it is progress. All the steps are suggestions. This means that each person who takes them has done a very important thing for him or herself: admitted that his or her current methods of dealing with life are not very effective, listened to an outside suggestion, and chosen to follow it.

10 Learning how to make healthy choices for ourselves is at the heart of the program. Following someone else's directions is not the same as choosing for ourselves to try a Suggested action of the program. The steps are in the order they are for a reason. Step 9 amends come after eight other steps. At that point a recovering person has a support system and more balance. I have found that the steps made such a difference in my life that by the time I came to the ones I didn't want to do, I was actually willing and even eager to try them because I had the feeling they would probably help me too, and they did. 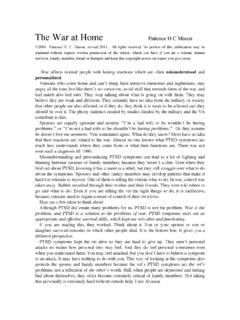 1. Hyperarousal symptoms keep you alive in war. Psychiatry recognizes five symptoms in this category, although you only need two to fit the diagnosis (a) “exaggerated” startle response: The word “exaggerated” in the diagnostic criteria shows that even professionals who care about people with PTSD can’t understand the reality 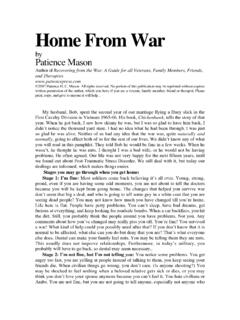 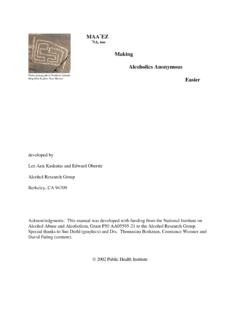 -4-Objectives The primary objective of MAAEZ is to equip clients to deal with some of the experiences they are likely to encounter in an AA meeting, so that they will not immediately reject AA as a potential source of help. 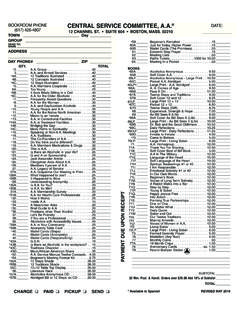 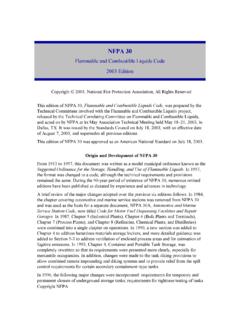