Suggested Guidelines For Museum Security As Adopted by The Standing Committee on Museum , Library and Cultural Property Protection of the American Society for Industrial Security AND. The Museum Association Security Committee of the American Association of museums (rev 11/2002). TABLE OF CONTENTS. 1. List of Sub-Committee Members 2. Preface, Method of Revisions, Method for Adoption of Suggested Guidelines 3. Recommended Protection Practices Applicable to All museums Duty to Protect the Collection Foreseeability of Crime Foreseeability of Crime Against the Collection Adequacy of Protection of the Collection Fire Protection Burglar Alarms and Security Electronics Key Control and Retrieval Security Training Security Guard Qualifications Internal Security Access Control P

Suggested Guidelines For Museum Security As Adopted by The Standing Committee on Museum, Library and Cultural Property Protection of the American Society for Industrial Security

6 While some NFPA industry standards are recommended, the use of the term standard in no way implies that the museums who do not adopt the recommendations are in any way negligent. Not all aspects of all recommendations will apply to all museums . But most will apply or can be closely adapted by any Museum institution calling itself a Museum or gallery. Smaller museums in particular may find it difficult to comply with the recommendations herein. The Committee recognizes that museums are so diverse in nature that there will be those for which these Guidelines do not apply.

7 While the recommendations as adopted are voluntary, they represent the composite opinion of the leading experts in the field of Museum Security as being appropriate for most, if not all, institutions. In fact, there will be few exceptions. While they may apply to historic houses or sites, libraries, and other cultural properties, they were not specifically developed for these applications unless they function as " museums " rather than simply architectural sites. We are hopeful that Suggested Guidelines can be developed for these specific applications in the future.

8 It is also our hope that, in time, the Suggested Guidelines will be used by accreditation personnel as Guidelines for evaluating the Security of an institution. The Committee also recognizes that smaller institutions simply will not have the staff necessary to comply with some Guidelines . For example, a primary and very important guideline ( ) indicates that every Museum will designate one staff member as Director, Manager or Chief of Security . The Committee recognizes the concept of "functional equivalents". Smaller institutions are not obligated to hire a staff member specifically to serve as Director of Security .

9 But in adopting the spirit of the guideline, the small institution will designate one responsible person to hold this title and be responsible for these duties in addition to his or her regular duties. Larger museums will consider whether the Security responsibilities in the institution are sufficiently time consuming to necessitate the addition of a staff member in this position. A careful reading of this document will also reveal that the Committee used the words "shall" and "should" to distinguish between those Suggested Guidelines which are considered critical as compared to those that are highly desirable.

10 Prior to adoption, this document was circulated to approximately 1000. members of the Museum and Security communities for review. The single most frequent comment received was that the Suggested Guidelines do not go far enough in establishing an aggressive Security program, particularly for larger institutions. There are certainly some more aggressive measures that are appropriate for larger institutions or institutions with high value assets than for smaller less vulnerable institutions. Therefore, these Guidelines do not constitute the total protection program for any institution but serve as a basic foundation upon which a protection program appropriate for the specific institution can be developed. 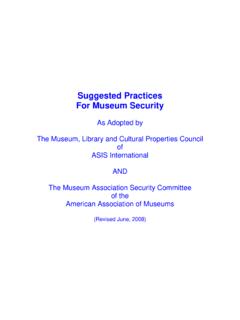 Suggested Practices For Museum Security As Adopted by The Museum, Library and Cultural Properties Council of ASIS International AND The Museum Association Security Committee 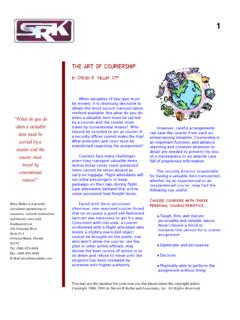 3 You may use this material for your own use, but please retain the copyright notice. Copyright 1988, 1994 by Steven R Keller and Associates, Inc.

DIETARY GUIDELINES FOR AMERICANS, 2010 Message froM the secretaries We are pleased to present the Dietary Guidelines for Americans, 2010. … 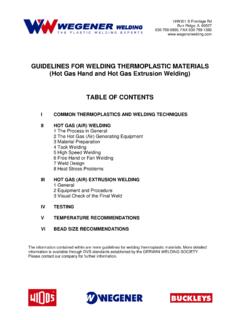 Guidelines for implementation of Article 5.3 of the …

1 Guidelines for implementation of Article 5.3 of the WHO Framework Convention on Tobacco Control on the protection of public health policies

MMWR SUGGESTED CITATION Centers for Disease Control and Prevention. Guideline for Hand Hygiene in Health-Care Settings: Recommendations of the …