10.3 SULFONATE AND INORGANIC ESTER DERIVATIVES OF ALCOHOLS 445 Reactivity of Sulfonate Esters Sulfonate esters, such as tosylates and mesylates, are useful because they have approximately the same reactivities as the corresponding alkyl bro- mides in substitution and elimination reactions.

2 However, if the alcohol molecule contains a group When an alkyl halide is prepared from an alcohol and a hydrogen halide, protonation converts must be used for other reasons, different ways of converting the LOH group into a good leav- that might be sensitive to strongly acidic conditions, or if milder or even nonacidic conditions ing group are required. Methods for accomplishing this objective are the subject of this section. A. SULFONATE ESTER DERIVATIVES of Alcohols Structures of SULFONATE Esters An important method of activating alcohols toward nu- cleophilic substitution and b-elimination reactions is to convert them into SULFONATE esters.

3 SULFONATE esters are DERIVATIVES of sulfonic acids, which are compounds of the form RL SO3H. Some typical sulfonic acids are the following: cL SO3H H3C LcL SO3H. H3C L SO3H. methanesulfonic acid benzenesulfonic acid p-toluenesulfonic acid (The p in the name of the last compound stands for para, which indicates the relative positions of the two groups on the benzene ring. This type of nomenclature is discussed in Chapter 16.). A SULFONATE ESTER is a compound in which the acidic hydrogen of a sulfonic acid is replaced by an alkyl or aryl group.

4 Thus, in ethyl benzenesulfonate, the acidic hydrogen of benzenesul- fonic acid is replaced by an ethyl group. O O. cL S L O L H cL S L O L C2H5. S S. acidic hydrogen S S. O O. benzenesulfonic acid ethyl benzenesulfonate (a SULFONATE ESTER ). 444 CHAPTER 10 THE CHEMISTRY OF ALCOHOLS AND THIOLS. Sulfur has more than the octet of electrons in these Lewis structures. Such octet expansion is com- mon for atoms in the third and higher periods of the periodic table. Bonding in sulfonic acids and their DERIVATIVES is discussed further in Sec.

7 A sulfonyl chloride). O. CH3(CH2)9O L S L cL CH3 +. S. Cl_ ( ). S |. ". O N. Further Exploration Mechanism of SULFONATE ESTER decyl tosylate H. Formation (90% yield). This is a nucleophilic substitution reaction in which the oxygen of the alcohol displaces chloride ion from the tosyl chloride. The pyridine used as the solvent is a base. Besides catalyzing the re- action, it also neutralizes the HCl that would otherwise form in the reaction (color in Eq. ). SULFONATE AND INORGANIC ESTER DERIVATIVES OF ALCOHOLS 445.

8 PROBLEM. Suggest a preparation for each of the following compounds from the appropriate alcohol. (a) cyclohexyl mesylate (b) isobutyl tosylate Reactivity of SULFONATE Esters SULFONATE esters, such as tosylates and mesylates, are useful because they have approximately the same reactivities as the corresponding alkyl bro- mides in substitution and elimination reactions. (In other words, you can think of a tosylate or mesylate ESTER group as a fat bromo group.) The reason for this similarity is that SULFONATE anions, like bromide ions, are good leaving groups.

10 _. Nuc 3 CH2 L OTs 21 Nuc L CH2 + 3 OTs 21. _. " ". ( ). R R. nucleophile tosylate leaving group Similarly, secondary and tertiary SULFONATE esters, like the corresponding alkyl halides, also undergo E2 reactions with strong bases, and they undergo SN1 E1 solvolysis reactions in polar protic solvents. Occasionally we'll need a SULFONATE ESTER that is much more reactive than a tosylate or me- group is nicknamed the triflate group and it is abbreviated L OTf. sylate. In such a case a trifluoromethanesulfonate ESTER is used.

928 CHAPTER 19 • THE CHEMISTRY OF ALDEHYDES AND KETONES. CARBONYL-ADDITION REACTIONS characterized by conversion into two or more crystalline compounds called derivatives.

8.6 ACIDITY OF ALCOHOLS AND THIOLS 357 The rate of this reaction depends strongly on the alcohol. The reactions of sodium with anhy-drous (water-free) ethanol and methanol are vigorous, but not violent. 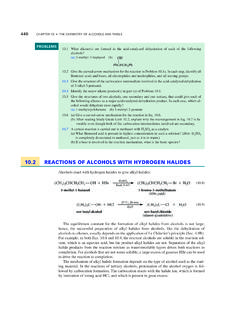 10.2 REACTIONS OF ALCOHOLS WITH HYDROGEN …

10.2 REACTIONS OF ALCOHOLS WITH HYDROGEN HALIDES 441 (10.10a) Once the alcohol is protonated, the reaction is an S N1reaction with H 2O as the leaving group. When a primary alcohol is the starting material, the reaction occurs as a … 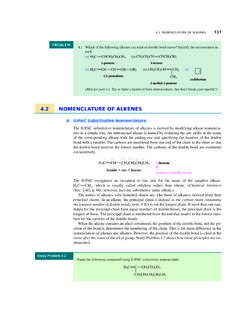 4.2 NOMENCLATURE OF ALKENES 133 Study Problem 4.4 Name the following compound: Solution Two ways of numbering this compound give the double bond the numbers 1 and 2. In this situation, choose the numbering scheme that gives the lowest number for the methyl

16.4 ELECTROPHILIC AROMATIC SUBSTITUTION REACTIONS OF BENZENE 751 A. Halogenation of Benzene When benzene reacts with bromine under harsh conditions—liquid bromine, no solvent, and

1228 CHAPTER 25 • THE CHEMISTRY OF THE AROMATIC HETEROCYCLES Pyrrole, furan, and thiophene are all much more reactive than benzene in electrophilic aro-matic substitution. 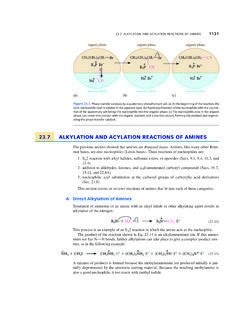 23.7 ALKYLATION AND ACYLATION REACTIONS OF AMINES 1133 B. Reductive Amination When primary and secondary amines react with either aldehydes or ketones, they form imines

1 I n t r oduction to Weather Derivatives by Geoffrey Considine, Ph.D., Weather Derivatives Group, Aquila Energy Introduction The first transaction in the weather derivatives market took place in 1997 1. Since that time, the market has expanded rapidly into a flourishing over the

Credit Derivatives are continuing to enjoy major growth in the financial markets, aided and abetted by sophisticated product development and the expansion of product 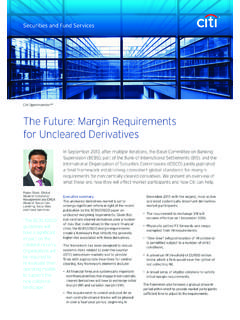 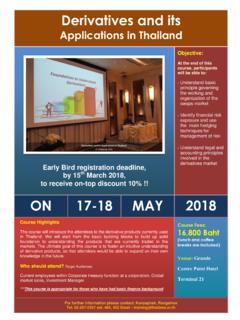