Moducare a Brief History and Mode of Action Moducare is a mixture of sitosterol* (BSS) and its glucoside sitosterolin (BSSG) in a 100:1 ratio. This formulation was originally marketed in 1974 in Germany, after its beneficial effect in the treatment of benign prostate hypertrophy (BPH) had been established. Two years later, the same BSS/BSSG mixture was marketed in a product for rheumatoid arthritis. In 1989, Professor Patrick Bouic and his colleagues at the Medical School of the University of Stellenbosch, Capetown, South Africa discovered that both sitosterol and sitosterolin have an immune modulating effect. Their findings, which were published in the Int J. of Immunopharmacology 1996, 18, 693-700, eventually resulted in the patented product called Moducare . Moducare taken orally at 3 capsules per day (each capsule contains mg sterols/sterolins) restores weakened or reduced T. cell activity in a balanced proportion of TH1 and TH2 cells.

1 Moducare a Brief History and Mode of Action Moducare is a mixture of sitosterol* (BSS) and its glucoside sitosterolin (BSSG) in a 100:1 ratio. This formulation was originally marketed in 1974 in Germany, after its beneficial effect in the treatment of benign prostate hypertrophy (BPH) had been established. Two years later, the same BSS/BSSG mixture was marketed in a product for rheumatoid arthritis. In 1989, Professor Patrick Bouic and his colleagues at the Medical School of the University of Stellenbosch, Capetown, South Africa discovered that both sitosterol and sitosterolin have an immune modulating effect. Their findings, which were published in the Int J. of Immunopharmacology 1996, 18, 693-700, eventually resulted in the patented product called Moducare . Moducare taken orally at 3 capsules per day (each capsule contains mg sterols/sterolins) restores weakened or reduced T. cell activity in a balanced proportion of TH1 and TH2 cells.

2 This enables the immune system to effectively counteract viral diseases (common cold, hepatitis, HIV, etc.) and various microbial diseases (tuberculosis, etc.). Moducare also corrects a variety of autoimmune conditions ( rheumatoid arthritis) usually arising from an excess secretion of inflammatory factors. However, Moducare is not a drug: it does not interfere with any metabolic processes of either the patient or an infecting agent but it is rather a catalyst or messenger initiating a correction of existing immune system imbalances or maintaining adequate existing balances. It thereby helps an individual to maintain good health or fight a disease effectively. The use of Moducare is ideal in conjunction with drug treatments that tend to disturb the TH1:TH2 balance or where a disease results in a TH1:TH2 imbalance which a drug cannot correct. *sitosterol: This compound is usually described in the literature as -sitosterol or beta-sitosterol.

3 The chemical name is often shortened to sterol . Dr. Karl H. Pegel, CChem, FRSC. Associate Professor (Retired), School of Pure and Applied Chemistry University of Natal, Durban, South Africa October 2002. Summary of Research Sterols / Sterolins for the Immune System concentrations, this same combination of plant sterols/sterolins helped prevent the release of pro-inflammatory cytokines Reference: Bouic PJD. Sterols and sterolins: new drugs for the interleukin-6 and tumor necrosis factor alpha by 98% in immune system? Drug Discovery Today 2002; 7:775 78. endotoxin stimulated monocytes. This confirmed the results of Introduction: Despite the rapid increase of scientific other researchers who found that the extracts of leaves (or knowledge in immune cells and their various subsets over the other parts of plants) were rich in sterols and had profound last 10 years, the medical and drug management of chronic anti-inflammatory effects, which in some cases, were inflammatory and allergic conditions has not changed in the comparable in action to the anti-inflammatory drug light of these new discoveries.

4 However, a greater hydrocortisone. Given that sterols and sterolins exhibited both understanding of the immune system and how it is controlled immunomodulatory and anti-inflammatory actions, it was only by two unique subsets of CD4 lymphocytes (TH1 versus TH2) logical that clinical trials begin with these non-toxic natural has led to the re-classification of certain types of disorders into products. specific categories depending on the ratios of these unique Clinical studies on sterols/sterolins cells. As such, chronic conditions can now be specifically Tuberculosis (TB). targeted through restoration of the TH1:TH2 balance. In a double-blind controlled study, the use of sterols/sterolins Plant sterols: new therapeutic agents as adjunctive therapy helped TB patients recover faster, gain Although beta-sitosterol (BSS) is employed primarily as a more weight, and exhibit less inflammation than those taking a natural treatment to help control hypercholesterolemia, the placebo.

5 Glucoside of beta-sitosterol (beta-sitosterol glucoside, BSSG or Marathon Runners and Immunosuppression sitosterolin) has not been as rigorously researched due to their In this double-blind controlled trial, marathon runners who low levels in human plasma. However, since 1996, Dr. PJD. utilized the unique sterol/sterolin mixture did not exhibit any of Bouic and his associates have investigated the the typical post-event immuno-suppression ( neutrophilia, immunomodulatory effects of a proprietary mixture of plant leucocytosis, lymphopaenia) seen in the placebo group. sterols and sterolins (BSS:BSSG). This combination, they Moreover, those supplementing with plant sterols/sterolins determined, not only enhances the in vivo and in vitro action of were able to inhibit the inversion of CD4:CD8 ratios thereby T lymphocytes, but also increases the cytotoxic effects of blunting the temporary immunosuppresive effect of the race. In natural killer cells against a specific cancer cell line (K562).

6 Addition, the cortisol/DHEA-s ratio was maintained to that of Further experimental studies concluded that this specific sterol- pre-event levels in runners employing the BSS:BSSG mixture. sterolin mixture preferentially enhanced CD4 TH1 cells and therefore could restore the delicate TH1:TH2 balance. HIV Infection Unfortunately, this balance is often tipped towards a In an open label study, HIV positive patients with CD4 cell predominantly TH2 response resulting in a poor cellular and counts above 500 cells/ l blood and who were not using anti- humoral immune response. Moreover, at physiological retroviral drug therapy showed stable CD4 cells counts and a Moducare Research Summary 2002. decrease in their plasma viral loads after employing the Study: In a controlled trial, 18 patients were randomised to BSS:BSSG mixture for up to 40 months. This group of patients receive either 20mg BSSG capsules ( Moducare ). maintained a predominantly TH1 profile indicating that their cell or placebo three times a day for 24 weeks.

7 All patients had mediated immunity response accounted for both their viral active RA as defined by American College of Rheumatology control and prevention of CD4 cell loss. (ACR) criteria. Rheumatoid Arthritis Patients in both the treatment and placebo groups used anti- In a recent controlled trial, patients with rheumatoid arthritis inflammatory and analgesic medications for the duration of the (RA) had a significant reduction in their disease activity study. No new therapies could be initiated during the study. (according to American College of Rheumatology criteria) Patient response was assessed in terms of ACR response when employing the sterol/sterolin mixture. Although both the criteria (>20% improvement). treatment group and a placebo group in this study employed Results: In the group receiving the BSS:BSSG mixture, anti-inflammatory ( diclofenac) and analgesic ( statistically significant changes were noted in the mean tender paracetamol) medications, those patients using the plant joint count (85% ACR response); patient's assessment of pain sterol/sterolin mixture had a 48% response to the treatment (28% response); patient's global assessment of disease compared to only 21% in the placebo group.

8 Moreover, activity (33% response); physician's global assessment of pain patients in the active group utilized fewer prescription (47%) and the MHAQ decreased (47% response). The ESR. medications suggesting that their quality of life was better. also decreased significantly (56% response). The placebo Plant sterols/sterolins, the authors note, may work similarly to group had no significant improvement using the ACR criteria. the product Flemun from the German Company Intermuti Clinical Summary : Due to the potent anti-inflammatory Pharma which decreases cyclooxygenase and lipoxygenase properties of Moducare , patients with RA may benefit from activity in vivo and in vitro. the addition of this phytosterol mixture to current management Feline Immuno-deficiency Virus (FIV) strategies. FIV infected cats treated with the sterol/sterolin mixture maintained their CD4 cell counts over long time periods and Human Immunodeficiency Virus (HIV).

9 Had significantly reduced mortality rates compared to untreated controls. Reference: Bouic PJD, Clark A, Brittle W, Lamprecht JH, Freestone M, Liebenberg RW. Plant sterol/sterolin supplement Allergic Rhinitis/Sinusitis use in a cohort of South African HIV-infected patients effects Those suffering with allergic conditions exhibit a predominantly on immunological and virological surrogate markers. South TH2 profile which implies more inflammatory IL-4 secretion and African Med J 2001; 91: 848 50. hence greater release of IgE. In testing this hypothesis, 24. Study: In an open label pilot study, 123 HIV positive patients individuals with allergic rhinitis/sinusitis were given the (who were not on any retroviral medications) were given a sterol/sterolin mixture over a 12- week period and found to proprietary mixture of sterol/sterolin supplement ( Moducare ). have significant reductions in their objective- ( reduced on a daily basis over a period of 39 months.)

10 Subjects who rhinorrea, post-nasal drip, nasal turbinate hypertrophy, IgE. participated in this study were evaluated at 0, 1, 2, 3 months levels) and subjective clinical symptoms. and then every four months thereafter for body mass, Conclusion: Although the ability to control symptoms and the concomitant conditions ( opportunistic infections), CD4. inflammation arising from a disordered immune system has lymphocyte cell count and viral loads. For study purposes, been the mainstay of modern medical therapy, we stand on the patients were stratified into 3 groups based on CD4 counts at brink of new knowledge that certain CD4 cell subsets and their the beginning of the trial: CD4 < 200/ l (n = 10), CD4 200 . soluble messengers can have a significant impact on the 500/ l (n = 66), CD4 > 500/ l (n = 47). course of chronic disease. Results: Patients with a CD4 count of less than 200/ l showed While there are numerous natural products that contain a significant reduction in the median percentage and absolute phytosterols such as Ginkgo and Cat's claw, it is only the 100:1. 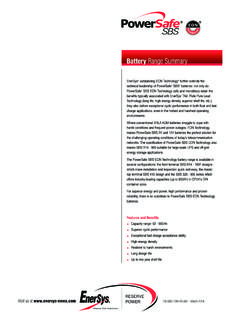 Water Activity in Foods Page 1 Safefood 360, Inc. 2014 Part of Our Professional Whitepapers Series SUMMARY Water is the most abundant constituent o ood and in

This entirely new translation of the - Strange beautiful

This entirely new translation of the Critique of Pure Reason is the most accurate and informative English translation ever produced of this epochal philosophical text.

Natural Gas: A Summary of the History, Uses, and ... 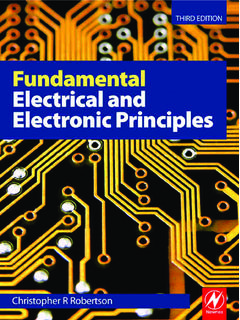 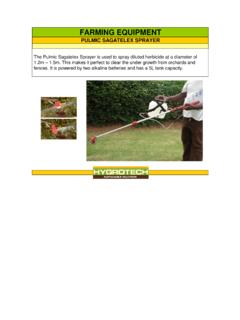 FARMING EQUIPMENT PULMIC SAGATELEX SPRAYER The Pulmic Sagatelex Sprayer is used to spray diluted herbicide at a diameter of 1.2m – 1.5m. This makes it perfect to clear the under growth from orchards and