Summary of the 2 0 1 8. National Defense Strategy of The United States of America Sharpening the American Military's Competitive Edge Table of Contents Introduction .. 1. Strategic Environment .. 2. Department of Defense Objectives .. 4. Strategic Approach 4. Build a More Lethal Force . 5. Strengthen Alliances and Attract New Partners . 8. Reform the Department for Greater Performance and Affordability 10. Conclusion .. 11. National Defense Strategy . INTRODUCTION. The Department of Defense 's enduring mission is to provide combat-credible military forces needed to deter war and protect the security of our nation. Should deterrence fail, the Joint Force is prepared to win. Reinforcing America's traditional tools of diplomacy, the Department provides military options to ensure the President and our diplomats negotiate from a position of strength. Today, we are emerging from a period of strategic atrophy, aware that our competitive military advantage has been eroding.

NATIONAL DEFENSE STRATEGY 1 INTRODUCTION The Department of Defense’s enduring mission is to provide combat-credible military forces needed to deter war and protect the security of our nation.

1 Summary of the 2 0 1 8. National Defense Strategy of The United States of America Sharpening the American Military's Competitive Edge Table of Contents Introduction .. 1. Strategic Environment .. 2. Department of Defense Objectives .. 4. Strategic Approach 4. Build a More Lethal Force . 5. Strengthen Alliances and Attract New Partners . 8. Reform the Department for Greater Performance and Affordability 10. Conclusion .. 11. National Defense Strategy . INTRODUCTION. The Department of Defense 's enduring mission is to provide combat-credible military forces needed to deter war and protect the security of our nation. Should deterrence fail, the Joint Force is prepared to win. Reinforcing America's traditional tools of diplomacy, the Department provides military options to ensure the President and our diplomats negotiate from a position of strength. Today, we are emerging from a period of strategic atrophy, aware that our competitive military advantage has been eroding.

2 We are facing increased global disorder, characterized by decline in the long-standing rules-based international order creating a security environment more complex and volatile than any we have experienced in recent memory. Inter-state strategic competition, not terrorism, is now the primary concern in National security. China is a strategic competitor using predatory economics to intimidate its neighbors while militarizing features in the South China Sea. Russia has violated the borders of nearby nations and pursues veto power over the economic, diplomatic, and security decisions of its neighbors. As well, North Korea's outlaw actions and reckless rhetoric continue despite United Nation's censure and sanctions. Iran continues to sow violence and remains the most significant challenge to Middle East stability. Despite the defeat of ISIS's physical caliphate, threats to stability remain as terrorist groups with long reach continue to murder the innocent and threaten peace more broadly.

3 This increasingly complex security environment is defined by rapid technological change, challenges from adversaries in every operating domain, and the impact on current readiness from the longest continuous stretch of armed conflict in our Nation's history. In this environment, there can be no complacency we must make difficult choices and prioritize what is most important to field a lethal, resilient, and rapidly adapting Joint Force. America's military has no preordained right to victory on the battlefield. This unclassified synopsis of the classified 2018 National Defense Strategy articulates our Strategy to compete, deter, and win in this environment. The reemergence of long-term strategic competition, rapid dispersion of technologies, and new concepts of warfare and competition that span the entire spectrum of conflict require a Joint Force structured to match this reality. A more lethal, resilient, and rapidly innovating Joint Force, combined with a robust constellation of allies and partners, will sustain American influence and ensure favorable balances of power that safeguard the free and open international order.

4 Collectively, our force posture, alliance and partnership architecture, and Department modernization will provide the capabilities and agility required to prevail in conflict and preserve peace through strength. The costs of not implementing this Strategy are clear. Failure to meet our Defense objectives will result in decreasing global influence, eroding cohesion among allies and partners, and reduced access to markets that will contribute to a decline in our prosperity and standard of living. Without sustained and predictable investment to restore readiness and modernize our military to make it fit for our time, we will rapidly lose our military advantage, resulting in a Joint Force that has legacy systems irrelevant to the Defense of our people. 1. National Defense Strategy . STRATEGIC ENVIRONMENT. ty environment,The National Defense Strategy acknowledges an increasingly complex global security environment, re-emergence ofcharacterized by overt challenges to the free and open international order and the re-emergence of appraisal of thelong-term, strategic competition between nations.

5 These changes require a clear-eyed appraisal of the ormation of howthreats we face, acknowledgement of the changing character of warfare, and a transformation of how the Department conducts business. egic competition byThe central challenge to prosperity and security is the reemergence of long-term, strategic competition by clear that Chinawhat the National Security Strategy classifies as revisionist powers. It is increasingly clear that China g veto authorityand Russia want to shape a world consistent with their authoritarian model gaining veto authority over other nations' economic, diplomatic, and security decisions. nomics to coerceChina is leveraging military modernization, influence operations, and predatory economics to coerce ina continues itsneighboring countries to reorder the Indo-Pacific region to their advantage. As China continues its m Strategy , it willeconomic and military ascendance, asserting power through an all-of-nation long-term Strategy , it will nal hegemony incontinue to pursue a military modernization program that seeks Indo-Pacific regional hegemony in n the future.

6 Thethe near-term and displacement of the United States to achieve global preeminence in the future. The between our twomost far-reaching objective of this Defense Strategy is to set the military relationship between our two countries on a path of transparency and non-aggression. ir governmental,Concurrently, Russia seeks veto authority over nations on its periphery in terms of their governmental, tion and changeeconomic, and diplomatic decisions, to shatter the North Atlantic Treaty Organization and change use of emergingEuropean and Middle East security and economic structures to its favor. The use of emerging eastern Ukrainetechnologies to discredit and subvert democratic processes in Georgia, Crimea, and eastern Ukraine lear arsenal theis concern enough, but when coupled with its expanding and modernizing nuclear arsenal the challenge is clear. rnational order. InAnother change to the strategic environment is a resilient, but weakening, post-WWII international order.

7 In es and partnersthe decades after fascism's defeat in World War II, the United States and its allies and partners nd people fromconstructed a free and open international order to better safeguard their liberty and people from War, our networkaggression and coercion. Although this system has evolved since the end of the Cold War, our network Russia are nowof alliances and partnerships remain the backbone of global security. China and Russia are now benefits whileundermining the international order from within the system by exploiting its benefits while simultaneously undercutting its principles and rules of the road.. ursuit of nuclearRogue regimes such as North Korea and Iran are destabilizing regions through their pursuit of nuclear al and increasedweapons or sponsorship of terrorism. North Korea seeks to guarantee regime survival and increased unconventionalleverage by seeking a mixture of nuclear, biological, chemical, conventional, and unconventional th Korea, Japan,weapons and a growing ballistic missile capability to gain coercive influence over South Korea, Japan, serting an arc ofand the United States.

8 In the Middle East, Iran is competing with its neighbors, asserting an arc of rrorist activities,influence and instability while vying for regional hegemony, using state-sponsored terrorist activities, a growing network of proxies, and its missile program to achieve its objectives. ower. They haveBoth revisionist powers and rogue regimes are competing across all dimensions of power. They have ing principles ofincreased efforts short of armed conflict by expanding coercion to new fronts, violating principles of d military goals. sovereignty, exploiting ambiguity, and deliberately blurring the lines between civil and military goals. 2 2. National Defense Strategy . Challenges to the military advantage represent another shift in the global security environment. For decades the United States has enjoyed uncontested or dominant superiority in every operating domain. We could generally deploy our forces when we wanted, assemble them where we wanted, and operate how we wanted.

9 Today, every domain is contested air, land, sea, space, and cyberspace. We face an ever more lethal and disruptive battlefield, combined across domains, and conducted at increasing speed and reach from close combat, throughout overseas theaters, and reaching to our homeland. Some competitors and adversaries seek to optimize their targeting of our battle networks and operational concepts, while also using other areas of competition short of open warfare to achieve their ends ( , information warfare, ambiguous or denied proxy operations, and subversion). These trends, if unaddressed, will challenge our ability to deter aggression. The security environment is also affected by rapid technological advancements and the changing character of war. The drive to develop new technologies is relentless, expanding to more actors with lower barriers of entry, and moving at accelerating speed. New technologies include advanced computing, big data.

10 Analytics, artificial intelligence, autonomy, robotics, directed energy, hypersonics, and biotechnology . the very technologies that ensure we will be able to fight and win the wars of the future. New commercial technology will change society and, ultimately, the character of war. The fact that many technological developments will come from the commercial sector means that state competitors and non-state actors will also have access to them, a fact that risks eroding the conventional overmatch to which our Nation has grown accustomed. Maintaining the Department's technological advantage will require changes to industry culture, investment sources, and protection across the National Security Innovation Base. States are the principal actors on the global stage, but non-state actors also threaten the security environment with increasingly sophisticated capabilities. Terrorists, trans- National criminal organizations, cyber hackers and other malicious non-state actors have transformed global affairs with increased capabilities of mass disruption.

Report to Congress Restructuring the Department …

In Response to Section 901 of the National Defense Authorization Act ... defense committees a final report on the review and recommended organizational and 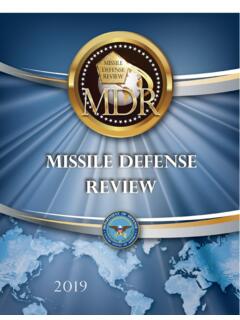 I MISSILE DEFENSE REVIEW Executive Summary I. Introduction The 2017 National Security Strategy (NSS) states, “Our fundamental responsibility is to protect the American people, the homeland, and ...

THE WHITE HOUSE Office of the Press Secretary FOR IMMEDIATE RELEASE April 13, 2018 United States Assessment of the Assad Regime’s Chemical Weapons Use 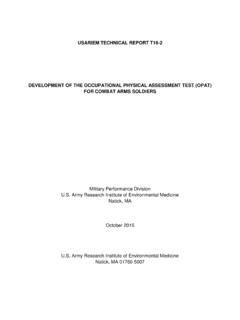 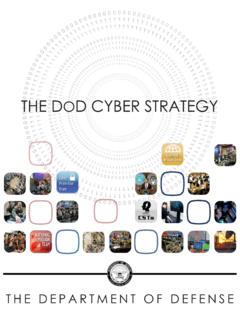 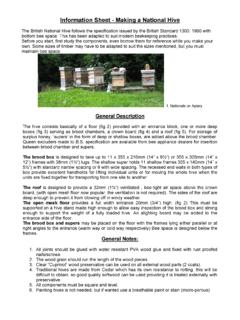 How To Make Sure Your Next National Sales …

Introduction The purpose of this Special Report is to share my observations and experiences concerning National Sales Meetings. …

User, Your, Make, Next, Seal, National, Make sure your next national sales 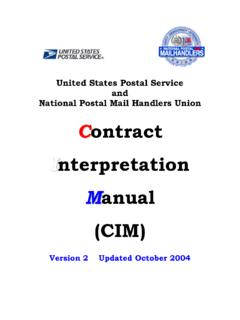 Monitoring, evaluation and review of national … 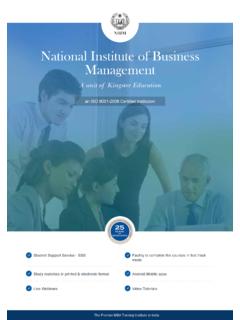