Computer Graphics Volume18, Number 3 July 1984. Summed-Area Tables for Texture Mapping Franklin C. Crow Computer Sciences Laboratory Xerox Palo Alto Research Center Abstract images resulted, the technique would be too cumbersome for Texture -map computations can be made tractable through use of anything very complex. precalculated Tables which allow computational costs independent of the Texture density. The first example of this technique, the "mip" map, uses a When Texture is mapped onto a surface it must be stretched set of Tables containing successivelylower-resolutionrepresentati ons filtered here and compressed there in order to fit the shape of the down from the discrete Texture function.

1 Computer Graphics Volume18, Number 3 July 1984. Summed-Area Tables for Texture Mapping Franklin C. Crow Computer Sciences Laboratory Xerox Palo Alto Research Center Abstract images resulted, the technique would be too cumbersome for Texture -map computations can be made tractable through use of anything very complex. precalculated Tables which allow computational costs independent of the Texture density. The first example of this technique, the "mip" map, uses a When Texture is mapped onto a surface it must be stretched set of Tables containing successivelylower-resolutionrepresentati ons filtered here and compressed there in order to fit the shape of the down from the discrete Texture function.

2 An alternative method using a surface. 3-D perspective views further distort Texture mapped single table of values representing the integral over the Texture function rather than the function itselfmay yield superior results at similarcost. The onto a curving surface. As a digital image is synthesized, a necessary algorithms to support the new technique are explained. Finally, pair of Texture coordinates must be calculated for each pixel the cost and performance of the new technique is compared to previous representing a textured surface.

4 Here the compression Mapping , shading algorithms, table lookup algorithms that each part of the Texture image will undergo when mapped is known in advance. The Texture can be designed in such a Introduction way that it is "pre-stretched" along the top and bottom where it will be mapped near the poles of the sphere. However, A frequent criticism of early attempts at realism in unless the Texture image is very smooth, with no sharp detail, computer-synthesized images was that the surfaces lacked aliasing becomes an immediate problem.

5 Sharp details will interest. At first all surfaces had a dull matte finish. Later become jagged and the Texture will break up where it is highly surfaces acquired shininess and transparency. However, much compressed. Where the Mapping is not known in advance, of the attraction of real surfaces lies in the incredibly complex aliasing cannot be controlled just by judiciously designing the local surface variations known as Texture . These variations are Texture . much too complicated to be modeled by conventional means which require enough vertices or control points to accurately Blinn [2] and later Feibush et al [5] discuss this problem in reproduce the surface.

6 Detail and implemeuted good, but very expensive solutions. If the pixel being computed is considered a small area , Texture In 1974, Catmull [3] conceived and implemented the first coordinates may be computed for the corners of each such system to use images of Texture applied to surfaces to give the area . The pixel intensity is then the average of all Texture affect of actual Texture . Blinn and Newell [1] generalized elements bounded by the corners, weighted by a filter function. Catmull's work and extended it to include environmental In places where the Texture is highly compressed ( , at the reflections.)

7 Blinn [2] then further extended the notion (rather poles of a sphere), this operation may require a weighted sum spectacularly!) to achieve the appearance of undulations on of hundreds of Texture values. the surface (the earlier efforts achieved only flat Texture , such as the fake wood texturing found on many plastic desk tops). Catmull and Smith [4] show a way of simplifying the Carrying things a bit farther, researchers at Ohio State [7] calculation of the Texture intensity by separating the experimented with various expansions of polygonal surfaces convolution into two passes.

8 The method was initially applied to achieve "real" Texture . Although some very interesting just to represent transformed images on a raster. A horizontal pass over the Texture is followed by a vertical pass, producing Permission to copy without fee all or part of this material is granted Texture values as they should appear in the image. The provided that the copies are not made or distributed for direct commercial advantage, the ACM copyright notice and the title of the simplicity of the process makes it amenable to hardware publication and its date appear, and notice is given that copying is by implementation; a similar technique is currently very much permission of the Association for Computing Machinery.

9 To copy in vogue for special-effects in television. However, where the otherwise, or to republish, requires a fee and/or specific permission. Texture is highly compressed, many Texture pixels must still be processed to yield a single image pixel. Norton, Rockwood and Skomolski [9] report a method for 1984 ACM 0-89791-138-5/84/007/0207 $ limiting Texture detail to the appropriate level by expressing 207. Figure 1: Texture distortion under Mapping . Texture as a sum of band-limited terms of increasing a limited number of Tables may be stored, values from two frequencies.

10 Where the frequency of a term ( , its level of adjacent Tables must be blended to avoid obvious differences detail) exceeds the pixel frequency, that term is "clamped" between areas of Texture represented at different resolutions. (forced to the local average value for the term). The method Now where highly compressed Texture must be dealt with, has been applied, in a very restricted way, but with excellent computation need only determine which Tables to address. effecL in a real-time visual system for flight simulators. 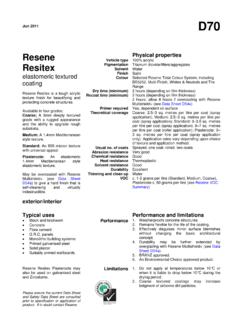 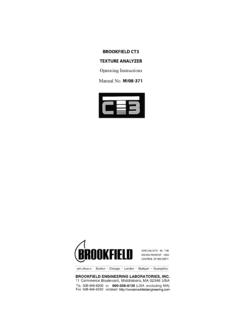 Brookfield Engineering Labs., Inc. Page 3 Manual No. M/08-37 I. INTRODUCTION The CT3 Texture Analyzer is the most recent development of the … 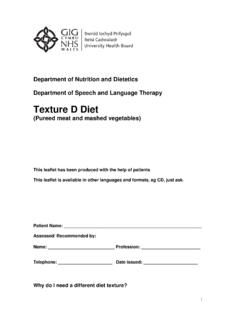 3 What about my medication? The texture of your medications may also need to be changed. Some medications are available in syrup as well as tablet form. 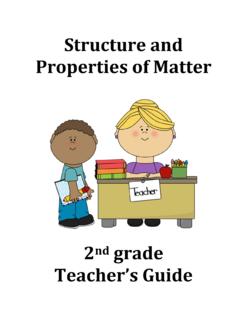 Structure and Properties of Matter

The Global City: Introducing a Concept key site for the production of these central headquarter functions was the headquarters of a firm, today there is a second key site: the specialized service firms contracted by