2 Visits with TASO Mbale s youth clientele and visits to child-headed homes revealed an unfortunate commonality the consistent lack of access to basic human needs such as food, potable water, clothing, shelter, education, and transportation. Responding to the need of these children, Mr. Harris and Ms. Flamos, along with several TASO Mbale staff, developed a pilot Project to help empower, enable, and equip these children with the capacity and capital to generate income in order to meet basic needs. Twenty families were selected as beneficiaries by TASO Counselors. Each family will receive training, 4 hens and 1 cock, supplemental feed, supplies for a simple bird housing structure, and a bicycle. Monitoring will be done by participants and their respective TASO Counselor. Monthly progress reports will be sent to Mr. Harris and Ms.

3 Flamos. At the end of the 12 month pilot Project period, Mr. Harris and Ms. Flamos will return to TASO Mbale to review the progress of the Project and determine whether or not to continue funding. Key Characteristics of the Project : - Sustainable support for child-headed families, HIV+ children through income generating activity ( Smallholder Poultry production layers) - not a microcredit scheme - livestock plays an important role in rural agricultural households in developing countries. Small livestock, like Poultry , is more important to poorer households than are large ruminants, mainly because of the limited access to land. - Smallholder Poultry production is relatively low maintenance - introduction of exotic or improved breeds is a useful tool for the genetic improvement of local birds in terms of both productivity and viability if the conditions required for health and nutrition are met - Project based on establishing an enabling environment to generate income - main inputs are feed, partly as scavenged feed and partly as supplemental feed; bicycle, chickens, and training (these are, for the most part, capital building, one-time inputs) - semi-scavenging is used for small Poultry flocks under partly controlled management condition and where the scavenge feed account for a substantial part of the total feed consumed.

5 BACKGROUND Founded in 1987, The AIDS Support Organization (TASO) has become an internationally recognized leader in the prevention, care, and, now, anti-retroviral treatment of people living with HIV/AIDS in Uganda. TASO s mission is to contribute to the process of restoring hope and improving the quality of life for persons affected and infected by HIV/AIDS in Uganda. In 1992, TASO Mbale began providing prevention, care, and support services to clients in the Eastern region of Uganda in the Mbale , Palissa, Sironko, and Kumi districts. TASO Mbale provides its clients with a range of services including medical care for HIV positive people and their children five and under, food support for clients that meet specified donor requirements, school fees for some needy clients, counseling services, training in income generating activities, community education and outreach, and advocacy.

6 TASO s approach combines center and home-based services. Outreach clinics are also held with a full complement of TASO staff counselors, doctors, clinical officers, nurses, and pharmacists in communities with large numbers of TASO clients to increase the convenience and affordability of seeking treatment and support. The organization also provides care for bedridden patients using a network of AIDS Community Workers (ACWs) themselves TASO clients and retired nurses who live in the community. One of the major challenges TASO faces is addressing the needs of the orphans some of whom are also HIV positive who have been left in the care of elder orphan siblings or adult relatives, particularly grandmothers and aunts. In the former case, the oldest sibling is often forced to drop out of school to care for the younger children and to attempt to earn money to feed and educate the younger children.

7 In most cases, this proves to be an overwhelming if not impossible task without external support. Some of these children have been displaced from their family s land by neighbors or relatives and have little foundation upon which to establish even a modest degree of subsistence. In one such household described below, one 15 year-old boy is caring for five younger brothers, one of whom is HIV positive. In another household, six children have been placed in the households of six different neighbors and relatives after their land rights were usurped by a relative. There is some concern that the girls may be exploited sexually and that some or all of the children are being treated as servants in the houses where they have been placed. In many cases, a relative steps to care for the children but finds the task of feeding and educating additional children overwhelming.

8 In one such household described below, an HIV positive woman and her elderly mother are caring for 11 children orphaned by the death of her brother and both of his wives. "The silence that surrounds children affected by HIV/AIDS and the inaction that results is morally reprehensible and unacceptable. If this situation is not addressed, and not addressed now with increased urgency, millions of children will continue to die, and tens of millions more will be further marginalised, stigmatized, malnourished, uneducated, and psychologically damaged" 1 - Carol Bellamy, Director, UNICEF These scenarios are repeated time again in Uganda and other countries that have been ravaged by the AIDS epidemic. There are an estimated 940,000 AIDS orphans in Uganda alone2. TASO Mbale provides various forms of support to orphans including school fees, food support, and training in income generating activities; however, many children are left out.

9 For example, due to cost constraints, TASO is only able to pay school fees for one child per household. Similarly, constraints on TASO s food schemes make it difficult for some 1 Speech : 'Urgent Action for Children on the Brink', Carol Belllamy, 2 UNAIDS, UNICEF, USAID 'Children on the Brink 2004: A joint report of new orphan estimates and a framework for action' JULY 2006 TASO Mbale Smallholder Poultry Project FOR vulnerable YOUTH 4 families to receive support beyond six months. The goal of this Project is to ameliorate the dire situation these children find themselves in, a situation of hunger, sickness, despair, and hopelessness by empowering them to become self-sufficient through active participation in an income generating activity. The skills, confidence, and prosperity gained from dedicated, responsible participation in this program will fulfill the values and mission statements of TASO, an organization contributing to a process of restoring the quality of life of persons and communities infected and affected by HIV/AIDS.

10 II. Needs Assessment: The vulnerable children serviced by TASO Mbale have been identified as such because of their lack of access to basic necessities, which include food, shelter, clothing, education, transportation, healthcare, and sometimes, psychosocial support. With the assistance of TASO Mbale counselors, Charity, Robert, Sylvia, and Margaret, 20 families with the most immediate needs and potential to successfully implement the income generating activity were identified. These children have lost one or both of their parents to AIDS, are living with HIV, or are orphaned and HIV+; however, for the purpose of this memorandum, the children have been classified as Orphaned by AIDS or HIV+. Brief explanations of need for each family of orphans and each HIV+ child have been provided by the four aforementioned TASO Mbale counselors and included in this proposal. Chapter 1 Management Page 6 Due to the complexity of the systems, there are many ways of improving poultry production of which the most important are reflected in the titles of the chapters of 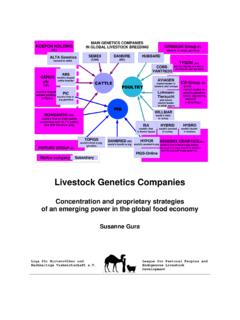 OPPORTUNITIES AND CHALLENGES FOR …

BACKGROUND REPORT: OPPORTUNITIES AND CHALLENGES FOR DEVELOPING HIGH-VALUE AGRICULTURAL EXPORTS IN ETHIOPIA Document of The World Bank Report No. Confidential I. Draft ...

From Push to Pull- 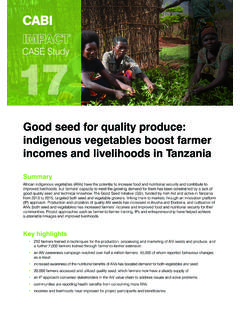