JAEA 2, 2017 Dash 2 the shadow and at regular intervals marks the position of the tip of the shadow on the ground. As the day progresses, the surveyor’s markings should, in theory, form a smooth curve.

3 The subject scope includes all things relating to construction, regardless of its original importance or purpose. The journal publishes fieldwork reports and studies undertaken in the Egyptological tradition, including discussions of epigraphy and iconography, and also research that utilizes specific skills such as structural and materials sciences, and modern investigative techniques. In this way, jaea . seeks to encourage the development of detailed technical descriptions, and deeply theorized understanding (of architectural symbolism, propaganda, climatic and geological influences, etc.). This interdisciplinary approach will help connect adjacent areas of expertise which, alone, could not reflect the richness and complexity of the ancient Egyptian built heritage.

4 The periodical welcomes studies that meets any one of these goals, only on the condition that the formatting and content of articles are subject to jaea scientific publication requirements. Front cover: photo credit by Valery Androsov The Journal of Ancient Egyptian Architecture 2017 Volume 2. Contents G. Dash Occam's Egyptian razor: the equinox and the alignment of the 1. The builders of the Old Kingdom pyramids oriented the monuments to the cardinal points with great accuracy. How they managed to achieve this has long been debated. Several candidate methods have been proposed, tested, and found workable, yet there is one straightforward method that scholars have largely ignored, perhaps because it was thought to be incapable of achieving the requisite accuracy.

5 This is the equinoctial solar gnomon method'. which uses a vertical rod to track the movement of the sun on the equinox. In this article, the author describes an experiment carried out to evaluate the method, and compares the results with archaeological survey data from the Memphite Necropolis in Egypt. C. Reader A potentially significant dimension recorded on an Old Kingdom papyrus from 9. An analysis of texts on a fragmentary Old Kingdom papyrus from Saqqara suggests that they record the construction of the pyramid complex of pharaoh Teti. Amongst the information obtained from the papyrus was a dimension 441 cubits. This paper discusses the possible significance of this dimension in the context of Old Kingdom pyramid building.

6 D. Mazzone The dark side of a model community: The ghetto' of Studies of the earliest urban settlements in the Nile Valley often neglect to address the significance of built environments for the poor' and their relationship with social organization. The western workers' quarter at el- Lahun; the xnrt mentioned in hieratic papyri, has received little scholarly attention in comparison to the eastern area containing the lite residences'. In 1889 Flinders Petrie noted that the western streets of the town showed signs of a greater degree of poverty. Later examinations indicated the presence of a type of corrective labor camp;. what might be described today as a ghetto'. Convicts may have been forced to live in such places of confinement as a form of punishment.

7 Life for a multitude of people in the ancient town of el-Lahun might, in fact, have been radically different from previously held views. Rather than a quiet township community, this article uncovers a social order built upon racial discrimination and cultural intolerance, marked by seclusion, coercion, and possibly violence. D. I. Lightbody & Fr. Monnier An elegant vault design principle identified in Old and New Kingdom 55. Architectural sketches showing profiles most likely used for constructing arched mudbrick and stone roofs and rock-cut vaulted chambers have been recovered from ancient Egyptian archaeological contexts. The procedures and/or mathematical principles used to construct the profiles and the data sets recorded on the relevant artifacts have been discussed for over a century.

8 Certain interpretations seem to have attained the status of established fact, despite the lack of a solid rational basis. Catenary, elliptical, and circular arcs can often have similar pro- files, so it has proved difficult to reach firm conclusions regarding the geometric construction methods, using the limited evidence available. This article revisits two of the major sources of evidence: ostracon JE50036, now in the Imhotep Museum at Saqqara, and a sketched form drawn out by tomb KV9, which is now, unfortunately, almost completely lost. The authors present a new combined analysis and propose that both of these arcs may have been constructed using the same elegant geometric procedure, which is based on a 3-4-5 triangle.

10 Reviews Gilles Dormion et Jean-Yves Verd'hurt, La chambre de Sn frou, Actes Sud, 2016, reviewed by Franck 83. jaea 2, 2017, pp. 1-8. Occam's Egyptian razor: the equinox and the alignment of the pyramids Glen Dash The builders of the Great Pyramid of Khufu aligned the great monument to the cardinal points with an accuracy of better than four minutes of arc, or one-fifteenth of one The Great Pyramid's neighbor, the Pyramid of Khafre, is aligned with an error of approximately 6 minutes, one tenth of one The builders of Snefru's Red Pyramid at Dahshur achieved an accuracy of All three pyramids exhibit the same manner of error; they are rotated slightly counterclockwise from the cardinal points. 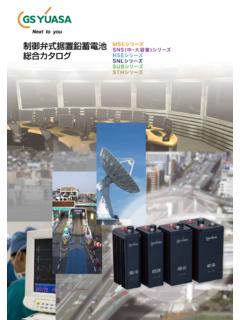