Teaching notes: Time of flight mass spectrometry These Teaching notes relate to section mass numbers and isotopes of our AS and A-level Chemistry specifications (7404, 7405). This resource aims to provide background material for teachers preparing students for AS and A-level Chemistry. It is provided as an additional resource to cover specification topics with which teachers may not be familiar. This information goes beyond the requirements of the specifications. It may well be of interest to students but the specifications indicate the limits of the knowledge and understanding of this topic that will be examined. Specification overview Content Opportunities for skills development mass number (A) and atomic (proton) MS number (Z). Students report calculations to an Students should be able to: appropriate number of significant figures, given raw data quoted to determine the number of varying numbers of significant figures.

1 Teaching notes: Time of flight mass spectrometry These Teaching notes relate to section mass numbers and isotopes of our AS and A-level Chemistry specifications (7404, 7405). This resource aims to provide background material for teachers preparing students for AS and A-level Chemistry. It is provided as an additional resource to cover specification topics with which teachers may not be familiar. This information goes beyond the requirements of the specifications. It may well be of interest to students but the specifications indicate the limits of the knowledge and understanding of this topic that will be examined. Specification overview Content Opportunities for skills development mass number (A) and atomic (proton) MS number (Z). Students report calculations to an Students should be able to: appropriate number of significant figures, given raw data quoted to determine the number of varying numbers of significant figures.

4 New methods of ionisation have been developed that are particularly suited to large organic molecules because they overcome the destructive effects of an electron gun that could lead to complete fragmentation of a molecule and therefore no molecular ion. These new soft' methods of ionisation are electrospray ionisation and matrix assisted laser desorption ionisation (MALDI), which uses a laser to ionise the sample. One of these new ionisation techniques, electrospray ionisation, is explained below. Electrospray ionisation The sample is dissolved in a polar, volatile solvent such as water or methanol or a mixture of the two. The solvent can act as a source of protons to facilitate the ionisation process. +. +. where M represents a large molecule. The solution is pumped through a hypodermic capillary needle, where the sample is converted into a fine mist (nebulized).

5 A very high voltage (typically 4,000 volts) is applied to the tip of the capillary and the sample emerges dispersed in an aerosol of highly charged droplets. The solvent evaporates (desolvation) and we are only interested in the singly charged MH+(g) ions produced. Figure 1: the electrospray ionisation process. Electrospray ionisation is considered a soft' technique as generally no fragmentation occurs upon ionisation and is commonly used to determine the relative molecular masses of polar molecules and biological macromolecules such as proteins. In the absence of fragmentation little structural information is obtained. For large biomolecules, molecular masses can be measured to an accuracy of For small organic molecules, the molecular mass enables the molecular formula of a compound to be identified.

6 The mass -to-charge ratio for a protonated molecule will be: / r 1. It is possible for some molecules to form positive ions by combining not with a proton but with another different positive ion, eg Na+. Some machines are set up to investigate negative ions, usually created by loss of a proton from the parent molecule. A solvent can be chosen that acts as a base and therefore facilitates the loss of a proton. Negative ions are extracted into the mass spectrometer by changing the polarity of the extraction electrode from a negative to a positive potential. Figure 2: photographs (one enlarged) of a hypodermic capillary needle where electrospray ionisation occurs in a TOF mass spectrometer. Separation of charged species Traditional mass spectrometers For more than 50 years, electromagnets and then quadrupoles have been used to separate ions.

7 A quadrupole consists of four parallel metal rods. Each opposing rod pair is connected together electrically, and a radio frequency voltage is applied between one pair of rods and the other. Ions are separated using differences in their mass -to-charge ratio. TOF mass spectrometers TOF mass spectrometers separate ions by time without the use of a magnetic field. In a crude sense, TOF is similar to chromatography, except there is no stationary or mobile phase, instead the separation is based on the different velocity of ions that are each given the same kinetic energy. Separation process All forms of mass spectrometry require the molecule to carry some charge. Molecules are ionised and the ions are then separated and sorted according to their mass -to-charge ratio (m/z values) by the speed they travel before passing into a detector, where their concentration is measured and displayed on a mass spectrum chart.

8 All ions are accelerated by an electric field into a field-free' drift region (ie free of electrical fields) with the same kinetic energy. Ions are accelerated away from the ion source by applying an electric field. The potential energy of a charged particle is given by: where PE is the potential energy, q is the charge on the particle, and V the electrical potential difference (or voltage). The potential energy is converted into kinetic energy, which is given by: where KE is the kinetic energy, m the mass and v the velocity. The velocity can be expressed in terms of s, which is the distance travelled or length of the flight tube, and time, t: If we substitute this into the equation for kinetic energy: So if we rearrange this: 2. ie . Time is proportional to the square root of mass . Lighter species arrive at the detectors earlier than heavier species.

9 If we now replace KE by qV, where q is the charge and V the applied electrical potential difference, as above, the equation becomes: 2. So . Time is proportional to the square root of the mass -to-charge ratio. So for a given mass , species with a higher charge arrive at the detectors before those with a lower charge. For example, 40Ar2+ would be detected before 40Ar+ and 40Ar2+ would be expected to arrive at the detectors at the same time as 20Ne+ - although Ar is twice as heavy as Ne, these two species have the same mass -to-charge ratio (Ar is 40/2, Ne is 20/1). This is something which can cause problems in mass spec, when different species arrive at the detectors at the same time. For TOF mass spectrometry to work, all the ions have to start accelerating at a well-defined time typically ionisation events will occur at approximately kHz frequency.

10 One way of doing this is to create the ions in a static electric field in a well-defined event (a pulsed laser can do this). To integrate a continuous ion source (like electrospray) with a TOF instrument, a linear region can be filled with ions from the source before an electric field is imposed perpendicular to the direction in which the ions from the source are travelling. This is called orthogonal time of flight mass spectrometry '. Since all ions have the same kinetic energy, separation is achieved because the lighter' ions move with a higher velocity and reach the detector first. Figure 3: separation of ions with passing time (ion drift). Reflectron A reflectron is a type of TOF mass spectrometer that enhances the resolution of the mass spectrometer. This is achieved by using a long time of flight tube in which the ions move in one direction, are reflected back and then focused by electrostatic lenses before reaching the detector. 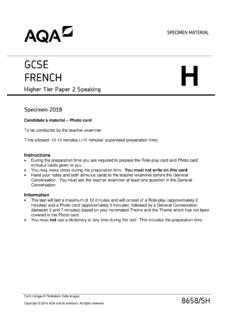 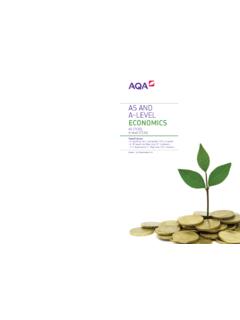 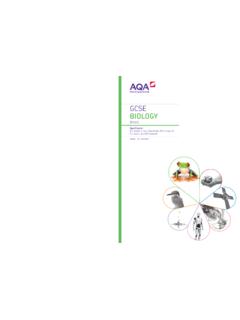 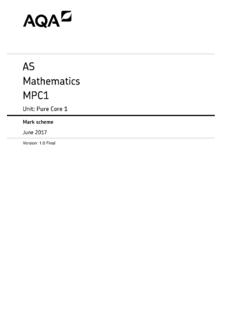 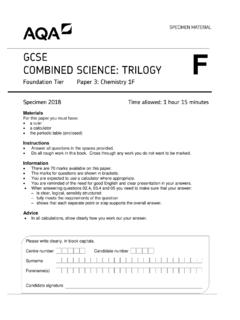 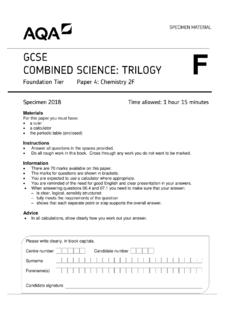 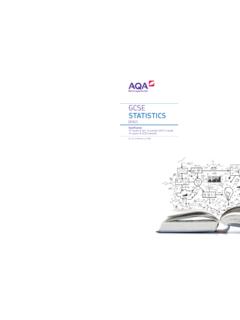 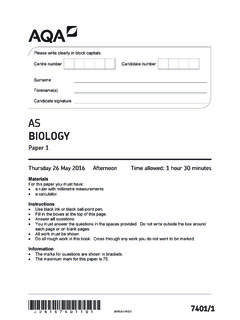 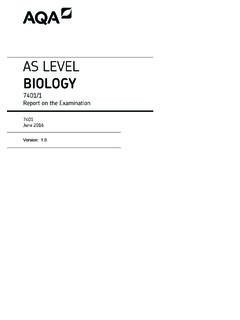 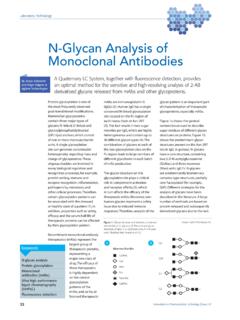 The associated acronym, LCMS (Liquid Chromatography-Mass Spectrometry) covers a broad range of application areas. This module will explore the instrument acquisition methods used, and examine the type of data that can be produced from such systems. ... • Electrospray Ionisation (ESI) –ionisation in the condensed phase • Atmospheric ... 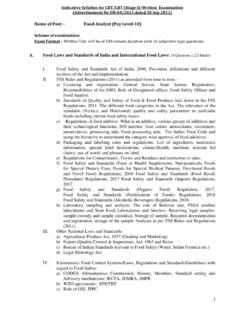 A. Food Laws and Standards of India and International Food ... 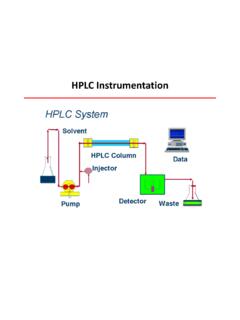 Reversed-phase chromatography ... Detectors (Mass Spectrometry) Qualitative and Quantitative Analysis Need an interface that can take a continuous liquid eluent from LC and convert analyte to ions in the gas for MS. Electrospray ionization is also an LC interface with MS. Detectors (Electrochemical) ... 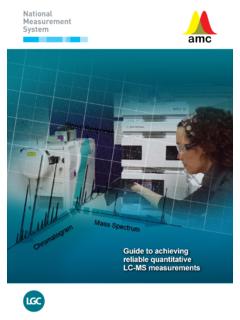