2 960 S. Broadway, Suite 118c Hicksville, NY 11801. Phone: (516) 939-6655; Fax: (516) 939-6189. Revision History: Revision - February 04, 1997. Updates: 1) Updated section step 6 to indicate that the text following a response code is not normally examined by the remote entry device software, with certain exceptions. 2) Appendix A - inserted an explanation prior to the response code table, indicating that certain responses require further examination of the message text. 3) Added error response 214 to accept a message which has been truncated to a specific maximum size which is returned by the paging terminal.

3 4) Added error response 517 to reject a message which has exceeded a specific maximum size which is returned by the paging terminal. Revision - August 14, 1996. Updates: 1) Section numbers added 2) Note updated at the start of section 3) Comment added to step 5A in section to explicitly denote the log on sequence <ESC>PG1<CR>. 4) Section - Checksum calculation described in greater detail. 5) Section - Checksum program expanded to include the calculation of the arithmetic sum of 7 bit values. 6) Appendix A - Added Response Codes 514 through 516. 7) Appendix A - Update the telephone number of the PCIA.

4 8) ASCII table was added as Appendix B. 9) Sample session was added as Appendix C. TAP PROTOCOL - Version Revision - July 27, 1995. Edited By: J. Stephen Holyer Paging Network, Inc. Updates: 1) Message sequences are no longer optional 2) Message Sequence Response Codes defined in PROTOCOL 3) Response Codes listed in Appendix A. 4) References to TDP added to Introduction 5) Pager ID clarified with explanation of function digit 6) Transparency mechanism for including non-printable characters in a message 7) Additional Implementation Notes: a) Clarified end-of-line marker b) Clarified Check Digit and Function Digit in some implementations c) Recommended that trailing spaces not be sent in a message d) Recommended that extra spaces and other characters not be used for display formatting e) Noted that message sequences were optional prior to this version f) Noted that older implementations do no support transparency for non printable characters g) Noted that the pager interpretation of non-printable characters is pager dependent Revision - July 21,1994.

6 Numeric values. Revision - September 1, 1988. Initial release by TELOCATOR (PCIA). TAP PROTOCOL - Version The TELOCATOR ALPHANUMERIC Input PROTOCOL (TAP). Introduction In order to decrease holding times on input lines to ALPHANUMERIC systems, it is desirable to promote input devices which will allow off-line entry of paging information and dump this data quickly after connection to the central paging terminal. A recommended PROTOCOL is contained in this specification. This PROTOCOL was known as the Motorola Page Entry (PET) as well as the IXO ALPHANUMERIC entry PROTOCOL until it was adopted by TELOCATOR (now known as the Personal Communications Industry Association - PCIA) in September 1988, as an industry standard PROTOCOL for the input of paging requests.

7 It is now referred to as the TELOCATOR ALPHANUMERIC PROTOCOL (TAP). This PROTOCOL is compatible with special versions of small input devices available from numerous sources. It is also suitable for automatic input from a remote computer and has been distributed to numerous manufacturers of paperless TAS systems. Note that there are several options within the PROTOCOL : 1. It may be used for paging with 2 fields per transaction or other services with a different number of fields per transaction. 2. The use of manual input devices is provided in the log on procedure. Such provision is optional with the system operator.

8 3. Optional messages to the remote entry device may be added to control responses from the central terminal. For paging, these will probably be used for a message acceptance or rejection summary at the end of a message. Since this PROTOCOL 's inception, the capabilities and uses of paging receivers have been dramatically expanded. Today many applications and paging receivers exist that support the transmission of 8 bit data. Data applications are beyond the scope of the TAP PROTOCOL . PCIA (formerly TELOCATOR ) has adopted a suite of protocols that are specifically designed for accommodating 8 bit transfer through existing paging systems; this PROTOCOL suite is called the TELOCATOR Data Protocols (TDP).

9 Two of the five protocols in the TDP suite facilitate sending 8 bit data through paging companies using the 7 bit TAP specification. TELOCATOR Format Conversion (TFC). Defines a method for converting 8 bit information for transmission through an existing TAP input port. TELOCATOR Radio Transport (TRT). This defines the method for packetizing the information into logical blocks for transmission and provides for reconstruction at the receiving devices. The use of these methods for sending 8 bit data is strongly encouraged because they were designed to make very efficient use of the radio transmission protocols. 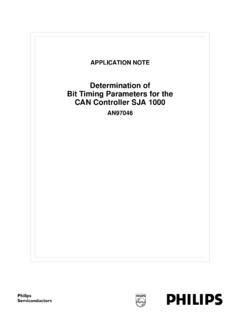 Determination of Bit Timing Parameters for the … 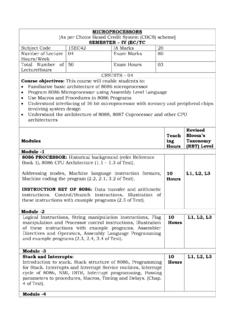 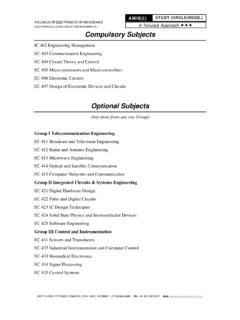 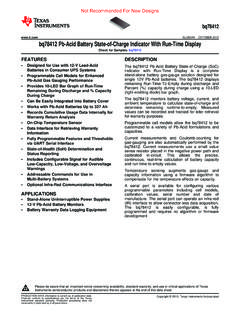 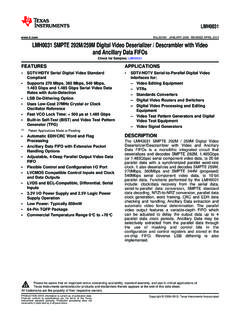 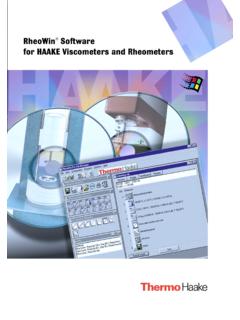 RheoWin® Software for HAAKE Viscometers and …