Homeostasis literally means same state and it refers to the process of keeping the internal body environment in a steady state, when the external environment is changed. The importance of this cannot be over-stressed, as it allows enzymes etc to be fine-tuned to a particular set of conditions, and so to operate more efficiently. Much of the hormone system and autonomic nervous systems is dedicated to Homeostasis , and their action is coordinated by the hypothalamus. In Module 2 we saw how the breathing and heart rates were maintained ( Synoptic questions probable!). Here we shall look at three more examples of Homeostasis in detail: Temperature , blood glucose and blood water.

1 Homeostasis literally means same state and it refers to the process of keeping the internal body environment in a steady state, when the external environment is changed. The importance of this cannot be over-stressed, as it allows enzymes etc to be fine-tuned to a particular set of conditions, and so to operate more efficiently. Much of the hormone system and autonomic nervous systems is dedicated to Homeostasis , and their action is coordinated by the hypothalamus. In Module 2 we saw how the breathing and heart rates were maintained ( Synoptic questions probable!). Here we shall look at three more examples of Homeostasis in detail: Temperature , blood glucose and blood water.

2 All homeostatic mechanisms use negative feedback to maintain a constant value (called the set point). This is the most important point in this topic! Negative feedback means that whenever a change occurs in a system, this automatically causes a corrective mechanism to start, which reverses the original change and brings the system back towards the set point ( normal ). It also means that the bigger the change the bigger the corrective mechanism. Negative feedback applies to electronic circuits and central heating systems as well as to biological systems. When your oven gets too hot, the heating switches off; this allows the oven to cool down. Eventually it will get too cold, when the heating will switch back in, so raising the Temperature once again.

3 So, in a system controlled by negative feedback, the set level is never perfectly maintained, but constantly oscillates about the set point. An efficient homeostatic system minimises the size of the oscillations. Some variation must be permitted, however, or both corrective mechanisms would try to operate at once! This is particularly true in hormone-controlled homeostatic mechanisms (and most are), where there is a significant time-lag before the corrective mechanism can be activated. This is because it takes time for protein synthesis to commence, the hormone to diffuse into the blood-steam, and for it to circulate around the body and take effect. Temperature Homeostasis (thermoregulation) One of the most important examples of Homeostasis is the regulation of body Temperature .

4 Not all animals can do this physiologically. Animals that maintain a fairly constant body Temperature (birds and mammals) are called endotherms, while those that have a variable body Temperature (all others) are called ectotherms. Endotherms normally maintain their body temperatures at around 35 - 40 C, so are sometimes called warm-blooded animals, but in fact ectothermic animals can also have very warm blood during the day by basking in the sun, or by extended muscle activity bumble bees, tuna). The difference between the two groups is thus that endothermic animals use internal corrective mechanisms, whilst ectotherms use behavioural mechanisms ( lying in the sun when cold, moving into shade when hot).

5 Such mechanisms can be very effective, particularly when coupled with internal mechanisms to ensure that the Temperature of the blood going to vital organs (brain, heart) is kept constant. We use both! In humans, body Temperature is controlled by the thermoregulatory centre in the hypothalamus. It receives input from two sets of thermoreceptors: receptors in the hypothalamus itself monitor the Temperature of the blood as it passes through the brain (the core Temperature ), and receptors in the skin (especially on the trunk) monitor the external Temperature . Both sets of information are needed so that the body can make appropriate adjustments. The thermoregulatory centre sends impulses to several different effectors to adjust body Temperature : Our first response to encountering hotter or colder condition is voluntary - if too hot, we may decide to take some clothes off, or to move into the shade; if too cold, we put extra clothes on - or turn the heating up!

6 It is only when these responses are not enough that the thermoregulatory centre is stimulated. This is part of the autonomic nervous system, so the various responses are all involuntary. When we get too hot, the heat loss centre in the hypothalamus is stimulated; when we get too cold, it is the heat conservation centre of the hypothalamus which is stimulated. Note that some of the responses to low Temperature actually generate heat (thermogenesis), whilst others just conserve heat. Similarly some of the responses to cold actively cool the body down, while others just reduce heat production or transfer heat to the surface. The body thus has a range of responses available, depending on the internal and external temperatures.

7 The exact responses to high and low temperatures are described in the table below: Effector Response to low Temperature Response to high Temperature Smooth muscles in arterioles in the skin. Muscles contract causing vasoconstriction. Less heatis carried from the core to the surface of the body, maintaining core Temperature . Extremities can turn blue and feel cold and can even be damaged (frostbite). Muscles relax causing vasodilation. More heatis carried from the core to the surface, where it is lost by convection and radiation(conduction is generally low, except when in water). Skin turns red.

8 Sweat glands No sweat produced. Glands secrete sweat onto surface of skin, where it evaporates. Since waterhas a high latent heat of evaporation, it takes heat from the body. High humidity, and tight clothing made of man-made fibres reduce the ability of the sweat to evaporate and so make us uncomfortable in hot weather. Transpirationfrom trees has a dramatic cooling effect on the surrounding air Temperature . Erector pili muscles in skin (attached to skin hairs) Muscles contract, raising skin hairs and trapping an insulating layer of still, warm airnext to the skin. Not very effective in humans, just causing goosebumps.

10 Behaviour Curling up, huddling, finding shelter, putting on more clothes. Stretching out, finding shade, swimming, removing clothes. The thermoregulatory centre normally maintains a set point of C in most mammals. However the set point can be altered in special circumstances: Fever. Chemicals called pyrogens released by white blood cells raise the set point of the thermoregulatory centre causing the whole body Temperature to increase by 2-3 C. This helps to kill bacteria, inhibits viruses, and explains why you shiver even though you are hot. Hibernation. Some mammals release hormones that reduce their set point to around 5 C while they hibernate.

Human Breathing System In mammals the gas exchange surfaces are the lungs, which develop in the embryo from the gut wall - which relates us to some fossil fish!

INTRODUCTION TO THE CELL - BiologyMad A …

CHAPTER 1: STRUCTURE AND FUNCTION OF THE CELL INTRODUCTION TO THE CELL Both living and non-living things are composed of molecules made from chemical elements such as 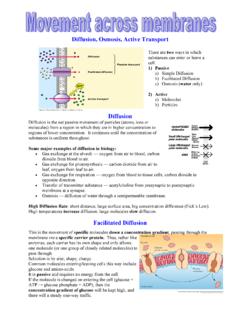 Diffusion, Osmosis, Active Transport There are two ways in which substances can enter or leave a cell: 1) Passive a) Simple Diffusion b) …

Enzyme Technology For thousands of years natural enzymes made by microorganisms have been used to make products such as cheese, bread, wine, and beer. 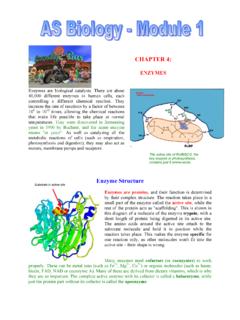 How do enzymes work? There are three parts to our thinking about enzyme catalysis. They each describe different aspects of the same process, and …

Industrial Uses of Enzymes Bioprocessing is the use of biological materials (organisms, cells, organelles, enzymes) to carry out manufacturing or treatment procedures of commercial or scientific interest. 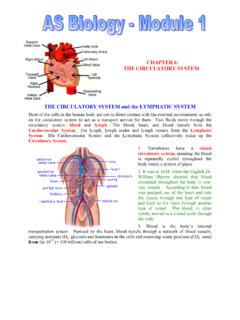 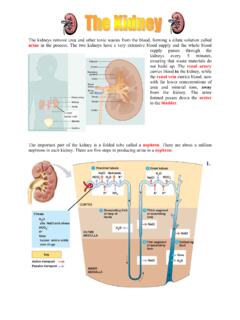 to renal vein away bladder - BiologyMad 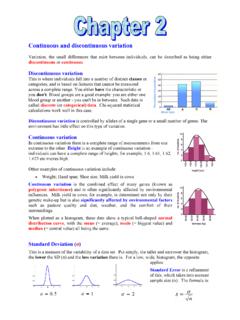 Continuous and discontinuous variation Variation, the small differences that exist between individuals, can be described as being either discontinuous or continuous. ...

Gluconeogenesis, Glycogen Metabolism, and the Pentose ... 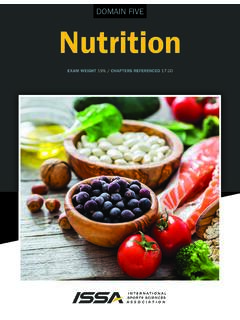