TERPS REVIEW . GPS Approach Concepts With the onslaught of GPS procedures, there are some important items to know before taking the plunge. By Wally Roberts system for overlay of existing NDB and proach segments. Approach mode is VOR Approach procedures. This is par- only for the final Approach segment, A FEW YEARS HAVE PASSED ticularly so with complex VOR/DME with auto-transition from terminal to since the FAA rushed into its approval approaches. Approach CDI sensitivity starting two of GPS non-precision instrument ap- Some complex VOR/DME ap- miles prior to the final Approach proach procedures. There were Phases proaches are inherently unsafe when waypoint (FAWP).

TERPS REVIEW GPS Approach Concepts With the onslaught of GPS procedures, there are some important items to know before taking the …

1 TERPS REVIEW . GPS Approach Concepts With the onslaught of GPS procedures, there are some important items to know before taking the plunge. By Wally Roberts system for overlay of existing NDB and proach segments. Approach mode is VOR Approach procedures. This is par- only for the final Approach segment, A FEW YEARS HAVE PASSED ticularly so with complex VOR/DME with auto-transition from terminal to since the FAA rushed into its approval approaches. Approach CDI sensitivity starting two of GPS non-precision instrument ap- Some complex VOR/DME ap- miles prior to the final Approach proach procedures. There were Phases proaches are inherently unsafe when waypoint (FAWP).

2 All other segments, I, II and III overlays of several thou- flown with GPS avionics, a fact missed including feeder routes, airways and sand existing VOR, VOR/DME and by the FAA in its rush to suddenly have initial Approach segments more than 30. NDB instrument Approach procedures. thousands of ready-made GPS Approach miles from the airport are intended to This happened about the time the Air procedures. be flown with en route CDI sensitivity. Force declared the GPS satellite con- Non-modifiable Approach database. stellation operational and, in the pro- Core TSO specs The entire Approach sequence, from the cess, the intended orderly progression TSO-C129 sets forth the following initial Approach waypoint (IAWP).

3 And pilot orientation/familiarity pro- core requirements for airborne IFR ap- through to the end of the missed ap- cesses got short-circuited by time com- proach capable GPS avionics: proach segment, must be contained in pression of the phases. Receiver Autonomous Integrity an integral database which cannot be The technical standard order (TSO- Monitoring (RAIM). RAIM is active in modified by user input into the GPS avi- C129) that sets forth the general speci- all phases of flight, but becomes par- onics. Only the entire database can be fications for the IFR- Approach approved ticularly critical in the final Approach modified by replacement with an up- airborne avionics came along about the segment where an out-of-tolerance con- dated database.

4 Same time. Although the avionics The feeder segment(s), if any, aren't manufacturers were required to imple- included in the required integral data- ment certain functions, the pilot/avion- Overlay approaches would base this is important because it's nec- ics interface wasn't well defined. have made more sense and essary for the pilot to build any required Unlike VOR, ADF or ILS, a pilot fa- been far more user-friendly feeder route correctly; , fly the pro- miliar with one manufacturer's box can't cedural centerline of the feeder route simply fire up another manufacturer's box had a to-from, bearing-select- from the feeder waypoint (FWP) to the and shoot a demanding GPS IAP to mini- able system similar to VOR/ IAWP, rather than making the mistake mums.

5 A pilot proficient in the use of of to-to homing on the IAWP. (See Brand A's IFR GPS box could very well DME been implemented. GPS Feeder Routes, September 1996. not even be able to figure out how to turn IFRR.). on Brand B's box, much less use it safely dition is more likely to cause some makes of receivers to effectively shut Airline-driven RNAV specs for IFR operations. Not only would Brand A's pilot not be able to shoot the Approach down. RAIM is roughly analogous to a The airlines made a false start into to minimums, he/she might not be able fail flag appearing because the ground the world of RNAV in the 1970s. In the to get safely past the IAF!

7 The spec requires au- RNAV systems, including IFR GPS. far more user-friendly had a to-from, tomatic scaling of +/- 5 nm for en route The airlines will probably never use bearing-selectable system similar to mode, +/- 1 nm for terminal mode, and GPS avionics in the form of the stand- VOR/DME been implemented. Al- +/- nm for Approach mode. alone IFR boxes of today. Rather, GPS. though I agree with the RNAV, Terminal mode is intended to be ac- will become the primary nav sensor for waypoint-to-waypoint implementation tive for the initial Approach segment the flight management system's lateral for stand-alone GPS Approach proce- when within 30 miles of the airport, and nav sub-system and electronic moving dures, it's a dismal, counterintuitive for the intermediate and missed ap- map display.

8 The ideal implementation 10 IFR Refresher, January 1997. TERPS REVIEW . of IFR GPS in any airplane, GA or air sults from ground-based nav aids. The the FAWP, where it ramps down to a carrier, would be to have a good picto- required obstacle clearance (ROC) in one-mile primary width, with an adja- rial presentation of the GPS flight plan the primary area is 1,000 feet (2,000 feet cent secondary width of 1 mile, or 1-1- route, including the full instrument ap- in mountainous areas). 1-1. Primary area ROC is 500 feet. proach or departure procedure, and a Initial Approach segments have the The final Approach segment always full route database of all airways and same width as feeder routes at more than ramps down from 1-1-1-1 to feeder routes.

9 30 miles from the airport. Initial ap- at the missed Approach proach segments within 30 miles of the waypoint (MAWP). Primary area ROC. Basic GA box airport have primary areas two miles in is 250 feet. It's beyond the scope of this article to width, with an adjacent one-mile wide The missed Approach criteria aren't describe specifically how each avionics secondary area. Where an initial seg- shown, but they are similar to other manufacturer has implemented the re- ment begins more than 30 miles from TERPS missed Approach criteria. Thus quired TSO specs into its IFR GPS box. the airport, the 2-4-4-2 width ramps far, the FAA hasn't tightened down Instead, I'll discuss the TERPS and op- down to 1-2-2-1 at a 30 degree angle GPS missed Approach protected air- erational aspects of GPS approaches that when within 30 miles of the airport.

10 Space because one of the reasons a are common to all operations. Primary area ROC is 1,000 feet. missed Approach might be flown dur- Without a good moving map to aug- The intermediate segment retains ing a GPS procedure is due to a RAIM. ment, or even just maintain situational 1-2-2-1 width until four miles prior to (continued on next page). awareness, the en route or Approach chart must be oriented carefully by the pilot and related to the information pro- vided by the GPS box. This is the point to state what should be etched in stone as a cardinal rule: The way a vendor resolves route sequencing ambiguities in its box can only be mastered by the pilot with lots of practice and, in any case, such hard-learned knowledge may have little, if any, value with a dif- ferent vendor's box. TERPS REVIEW The Approach Chart Rules! If you think sectional charts are a complex art, look at what goes into an approach procedure. Figure 1. Terrain and navaids require separate ILS and lo- 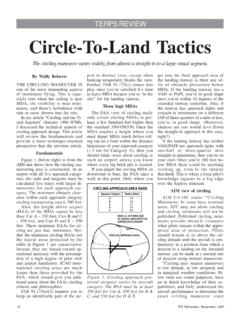 Introduction to the Integral Approach (and the …

In short, the Integral Approach helps you see both yourself and the world around you in more comprehensive and effective ways. But one thing is important to realize

What is Scientific Approach to Injection Molding? • Understanding Science of Injection molding • Everything substantiated by scientific data

An Approach to Pipeline Integrity Management 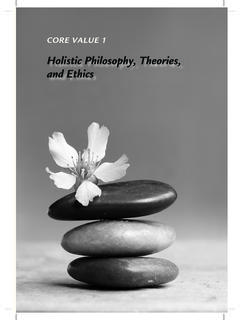 Tailors the output to the requirements of the controlled device; can be used to set minimum valve or damper position 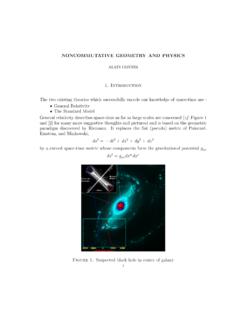 NONCOMMUTATIVE GEOMETRY AND PHYSICS ALAIN CONNES 1. Introduction The two existing theories which successfully encode our knowledge of space-time are : 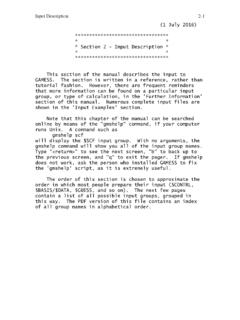