BRIEFING. thailand 'S. HYBRID firm PPA SCHEME . OCTOBER 2017. THE ERC RECENTLY. ANNOUNCED SPP. HYBRID firm PPA. BIDDING. THIS IS THE. FIRST MOVE IN thailand . TO A PPA FOR MULTI- SOURCE RENEWABLE. ENERGY AND TO SWITCH. FROM A NON- firm PPA. TO A firm PPA. One of thailand 's Energy Regulatory Commission's ( ERC ) principal functions is the promotion of renewable energy, with its mission statement emphasising the need to A COMBINED POWER establish a secure energy system that is reliable, efficient and fair. This approach has GENERATING CAPACITY OF seen it approve a feed-in tariff ( FiT ) power purchase agreement ( PPA ) bidding process for 300 MW of electricity generated by HYBRID renewable 300 MW WILL BE.

1 BRIEFING. thailand 'S. HYBRID firm PPA SCHEME . OCTOBER 2017. THE ERC RECENTLY. ANNOUNCED SPP. HYBRID firm PPA. BIDDING. THIS IS THE. FIRST MOVE IN thailand . TO A PPA FOR MULTI- SOURCE RENEWABLE. ENERGY AND TO SWITCH. FROM A NON- firm PPA. TO A firm PPA. One of thailand 's Energy Regulatory Commission's ( ERC ) principal functions is the promotion of renewable energy, with its mission statement emphasising the need to A COMBINED POWER establish a secure energy system that is reliable, efficient and fair. This approach has GENERATING CAPACITY OF seen it approve a feed-in tariff ( FiT ) power purchase agreement ( PPA ) bidding process for 300 MW of electricity generated by HYBRID renewable 300 MW WILL BE.

2 Energy power plants delivering between 10 MW and 50 MW. ALLOCATED NATIONALLY, BUT THE GREATEST The HYBRID PPA SCHEME was introduced by thailand 's Ministry of Energy in 2017 to increase energy security. thailand 's previous renewable energy PPAs were non- ALLOCATIONS ARE TO. firm and accommodated the delivery of electricity below the installed capacity of the SOUTHERN, NORTHERN power plant. However, the new HYBRID PPAs will be firm in order to reduce the AND NORTH EASTERN variation in intermittent energy sources, and will require a continuous baseline level of production not previously seen in stand-alone solar or wind farms. thailand .. The ERC will accept applications for PPAs from small power producers ( SPP ) for the sale of capacity between 10 MW and 50 MW.

3 There will be a competitive bidding process which will assess technical offerings and proposed electricity sale prices. 2 Watson Farley & Williams 300 MW geographic allocation The 300 MW of HYBRID PPA capacity has been allocated across the following areas of thailand : AREA PURCHASE TARGET. (MW). Bangkok 15. Central Region (Excluding Bangkok) 20. Western 20. Eastern 20. Northern 65. North Eastern 60. Southern (Excluding Phuket and Samui) 65. Phuket 20. Samui 15. Total 300. firm PPA. The firm PPA lasts for 20 years, and requires the SPP to deliver between 98% and 102% of the PPA capacity during peak periods (currently between 9am and 10pm on Monday to Friday) and limits power output at all other times to of the PPA.

4 Capacity. For example, an SPP with a 10 MW PPA could use a MW waste to energy plant exporting to the grid 24 hours per day, supplemented by a solar and wind farm with battery storage, exporting an additional MW to the grid during peak hours. On this example, a HYBRID power plant would need a power management system in place to ensure a continuous combined power output between MW and MW at all times during peak hours, and to limit export to the grid to MW at all other times. The HYBRID PPA SCHEME does not expressly require a minimum power output during off-peak periods, however bidders should assume that the ability of an SPP to provide continuous off-peak delivery of 65% of the PPA capacity will form part of the technical evaluation of the bids.

5 SPP HYBRID firm 3. Renewable Energy Sources HYBRID PPA applications are required to specify the type(s) of renewable energy to be used in a power plant but there is no requirement for a minimum number of renewable energy types, nor are there any restrictions on the types of renewable energy technology which may be used. Fossil fuels (such as natural gas) can only be used to the extent required in the start- up process of a power generator, but coal is not permitted in any circumstances. Biomass, biogas and refuse-derived fuel are obvious choices for generating the 65%. baseline requirements, with small hydro, wind and solar generators combined with battery storage bringing capacity up to 100% during peak periods.

6 If the SPP wishes to amend the proportion of renewable energy supply or technology after the submission of its application, consent will be required from the Electricity Generating Authority of thailand . Fuel Procurement Planning HYBRID PPA applicants are required to prepare a long-term fuel supply procurement plan throughout the 20 year PPA period. This will typically involve long-term feedstock supply contracts. If biomass is used as a fuel in a power plant project, the fuel supply procurement plan must ensure that there is sufficient energy crop cultivation to fuel the power plant project. HYBRID PPA FiT Rate A single FiT benchmark rate of per unit will apply to all renewable energy types, subject to discounts tendered by PPA applicants and variations of the variable component: FiT* (THB/kWh) Support Period FiTF FiTV 2017 FiT.

7 20 years * FiTF denotes the fixed tariff component, and FiTV denotes the variable tariff component PPA applicants are required to submit a price bid by specifying a percentage discount rate of the FiTF component ( )1. The power purchase price for HYBRID PPA issued to selected applicants will be FiTF (as determined by the discount submitted in the application) plus FiTV in each year. The FiTV Rate of is effective from 2017 and is subject to variation in line with core inflation. 1. Winning bidders in a recent competitive bidding process for VSPPs offered 81% of the FiTF component or lower. 4 Watson Farley & Williams Timing Two important timelines apply to the HYBRID PPA SCHEME .

8 Applications must be lodged between 16 and 20 October 2017 and the scheduled commencement of operation date for each project is required to fall between 1 January 2020 and 31. December 2021. Summary The SPP HYBRID firm PPA SCHEME is thailand 's first competitive bidding PPA SCHEME for SPPs in the renewable sector and is indicative of a policy to tie renewable output to grid demand using firm PPAs. If successful, the SPP HYBRID SCHEME is likely to be followed by a VSPP (very small power producer) semi- firm SCHEME for renewable energy projects below 10MW. FOR MORE INFORMATION. Should you like to discuss any of the matters raised in this Briefing, please speak with one of the authors below or your regular contact at Watson Farley & Williams.

10 It provides a summary of the legal issues, but is not intended to give specific legal advice. The situation described may not apply to your circumstances. If you require advice or have questions or comments on its subject, please speak to your usual contact at Watson Farley & Williams. This publication constitutes attorney advertising. 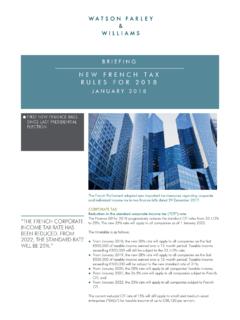 The New French Tax Rules for 2018 3 Changes in the “Carrez rule” Introduced in 2011, the Carrez rule limits the deductibility of interest expenses 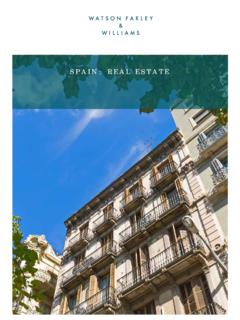 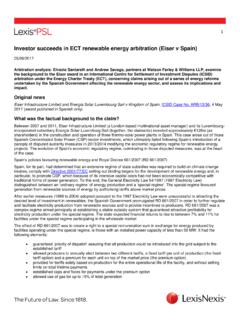 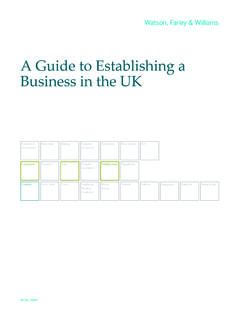 A Guide to Establishing a Business in theUK 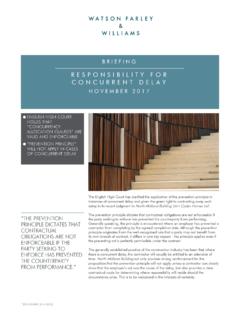 Responsibility for concurrent delay 3 expressly included in the definition of a “Relevant Event”; the "final nail in the coffin" of the Contractor’s submissions on this point. 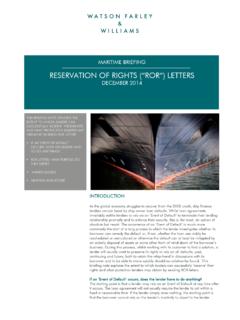 Reservation of Rights (“ROR”) Letters 2 correspondence with a defaulting customer. This raises the question what purpose ROR letters serve and whether they can be shortened.