THE 100/0 PRINCIPLE 1. Robert Middleton Interviews Al Ritter Robert : Hi, everyone. This is Robert Middleton of Action Plan Marketing and the Action Plan Marketing Club. Today I'm interviewing my friend and client, Al Ritter. Let me tell you a little bit about Al. He spent the last 20. years as a management consultant, and before becoming a consultant he held senior-level positions with Citicorp, PepsiCo and Swift & Company. Al is a sought-after expert in leadership development, building high-performance teams, strategy planning and implementation, managing large-scale change and strengthening corporate culture.

1 THE 100/0 PRINCIPLE 1. Robert Middleton Interviews Al Ritter Robert : Hi, everyone. This is Robert Middleton of Action Plan Marketing and the Action Plan Marketing Club. Today I'm interviewing my friend and client, Al Ritter. Let me tell you a little bit about Al. He spent the last 20. years as a management consultant, and before becoming a consultant he held senior-level positions with Citicorp, PepsiCo and Swift & Company. Al is a sought-after expert in leadership development, building high-performance teams, strategy planning and implementation, managing large-scale change and strengthening corporate culture.

2 His consulting clients span numerous industries, both in the United States and abroad. He is a frequent speaker for business and professional groups and conducts numerous seminars and workshops. Al has written a bestselling book called The 100/0 . PRINCIPLE . Al, welcome to the call. I'm really excited to be speaking to you about this. Al: Thank you, Robert . Great to be with you. Robert : We're going to talk about The 100/0 PRINCIPLE . Why don't we just start out? Tell me what is the 100/0 PRINCIPLE ? Al: The actual concept is very simple, and that is that most people look at the relationships they have with other people in a 50/50 way.

3 That is I take 50% responsibility for the relationship. You take 50% responsibility for the relationship, and the two ends will meet, and we'll have a great relationship. Robert : Right. That makes sense. Copyright 2011 Robert Middleton , Action Plan Marketing - THE 100/0 PRINCIPLE 2. Robert Middleton Interviews Al Ritter Al: Now the problem with that concept is that whenever something breaks down in the relationship, each of us will tend to point at the breakdown that's happening in the other's 50%. We'll see very clearly what the other person's not doing that they should be doing, and that other person will see clearly what we're not doing that they think we should be doing, and the relationship tends to break down.

4 That's the 50/50 relationship we've all heard about over the years. About 20 years ago, a German philosopher came up with a new relationship theory called The 100/100 PRINCIPLE . meaning what if each party to a relationship takes 100%? That is full responsibility for the relationship. It has to work. That particular theory or PRINCIPLE had the same basic flaw that the 50/50 had, and that is that when something goes wrong, when some breakdown occurs in the relationship, we tend to look at the other person's 100%. and say, Hey, you didn't fulfill what you said you were going to do, so the relationship breaks down.

5 The other inherent flaw in that is that each person is expecting 100% from themselves and the other, and that's almost impossible. There are going to be situations in life that come up when the person can't fulfill his or her 100%, so that particular theory didn't work either. I'll tell you more about this in a minute, but what happens when people take 100% responsibility expecting zero in return, those are the relationships that really work. It sounds counterintuitive, and it looks kind of even Copyright 2011 Robert Middleton , Action Plan Marketing - THE 100/0 PRINCIPLE 3.

6 Robert Middleton Interviews Al Ritter ridiculous when you first hear about it, but when I take 100% responsibility for my relationship with you, expecting zero in return, great things happen. That's the definition of what the 100/0 relationship is. Robert : What would that look like in a practical situation, practical life or even in business? I assume this is not just about romantic relationships. This is any relationship: a friend, coworker, clients, or anybody that you're working with. You're saying the position to take is, I'm 100%. responsible, and they're 0% responsible for things working out.

7 I'm taking all the burden on myself. It might seem like a burden to people, but that's interesting. Give me some more ideas around this. It makes sense. I'll be 100% responsible. It sure is easy to blame people, but this is a place where you really can't blame because you're 100%, right? Al: Yes. The first thing to recognize is that you and I, and all of us, tend to have a reaction to other people based on whether we think they're right or wrong and whether we agree or disagree with them. The answer to the question of are they right or wrong, or do we agree or disagree, will determine our relationship, left to our own devices.

8 That's our normal way of reacting to other people. The consequence of that kind of a reaction is often unsatisfactory and ineffective. The key to this whole thing is to be alert and aware of that typical reaction that each of us has as human beings and actually determine an alternate response to people who are different than us, who we don't agree with or who we think are not right. Copyright 2011 Robert Middleton , Action Plan Marketing - THE 100/0 PRINCIPLE 4. Robert Middleton Interviews Al Ritter An alternate response is a thoughtful and choice-based response called I am going to take responsibility for this relationship because the relationship is more important than who's right or wrong.

10 One is our personal satisfaction and happiness, and the other is our effectiveness at work and in our leadership roles. We're all leaders in various aspects of our lives, so leadership effectiveness as well as personal happiness and satisfaction. Robert : As you're talking, I'm thinking, What if the other person is ____? Fill in the blank. The other person is, for want of a really insulting word, a jerk. Remember the label that used to be on people's cars Mean People Suck? There are mean people out there. There are jerks and idiots. We can maybe forgive idiots because they just aren't so smart, but there are jerks. 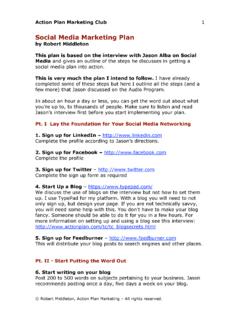 FIVE QUESTIONS THAT CHANGE EVERYTHING 1 … 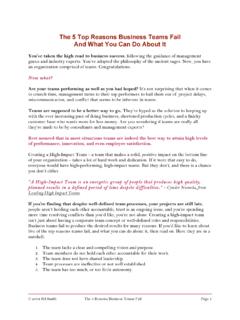 The 5 Top Reasons Business Teams Fail And What … 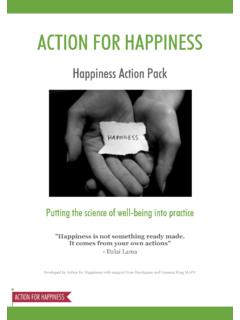 ACTION FOR HAPPINESS Happiness Action Pack Putting the science of well-being into practice "Happiness is not something ready made. It comes from your own actions"

Worksheets To Use With The Happiness Trap 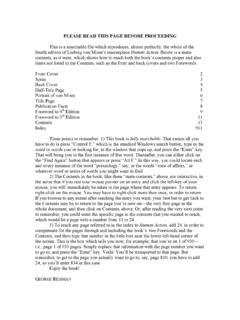 PLEASE READ THIS PAGE BEFORE PROCEEDING

PLEASE READ THIS PAGE BEFORE PROCEEDING This is a searchable file which reproduces, almost perfectly, the whole of the fourth edition of Ludwig von Mises’s masterpiece Human Action.Below is a meta- 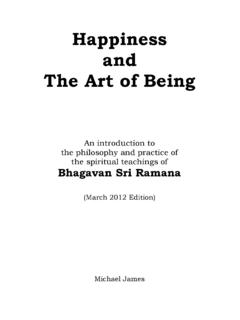 Happiness and The Art of Being

Happiness, Happiness and the art of

The Benefits of Being Present: Mindfulness and Its …

The Benefits of Being Present: Mindfulness and Its Role in Psychological Well-Being Kirk Warren Brown and Richard M. Ryan University of Rochester 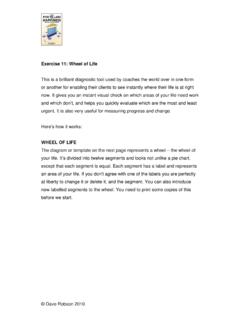 Exercise 11: Wheel of Life - The Five Pillars of …

© Dave Robson 2010 Exercise 11: Wheel of Life This is a brilliant diagnostic tool used by coaches the world over in one form or another for enabling their clients to ... 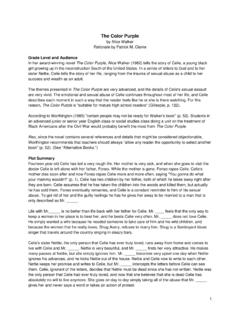 For Happiness, ACTION FOR HAPPINESS Happiness Action Pack, Happiness, Worksheets, Human Action, Happiness and The Art of, Benefits of Being Present, Exercise 11: Wheel of Life, The Color Purple