The 40 Most Asked Questions about F#s -June …

Dipstick.com Visit the Flat Floor Library at www.Dipstick.com for More Helpful Documents Page 2 3. If floor measurements are so inaccurate, how can …

2 F-Numbers are linear, so an FF 20 is twice as flat as an FF 10, but only half as flat as an FF 40. Slabs-on-grade are usually specified with an FF number and an FL number (the FF is always listed first), such as: FF 25 / FL20 Because of deflection, elevated slabs are usually specified using only FF. When a floor is described as an "F 25", it usually means "FF 25". The ACI/CSA F-Number System applies to 99% of all floor slabs - all floors that support random traffic, be it vehicular or pedestrian traffic. In the tiny percentage of floors that have defined traffic, where vehicles are restricted in their movement by wire or rail guidance, a different F-Number - Fmin - is used. The Fmin system is described in more detail below.

3 Any slab that supports defined traffic, such as high-bay, narrow aisle warehouses, should be specified and measured in the Fmin system. 2. What was wrong with the old "straightedge" specs? There was disagreement as to what they meant. Did "1/8th inch in ten feet" mean 1/8" in 10' (a horizontal 1/4" envelope which is 10' long) - or - did it mean 1/16" in 10' (a horizontal 1/8th inch envelope which is ten feet long)? Straightedge measurements were unscientific and non-repeatable. Before F-Numbers, floors were typically only "measured" long after the fact, when someone didn't like the floors' general appearance. That's when the straightedge was finally hauled out by the aggrieved party in an effort to prove his case. Of course, no two people got the same results, since there was no standard for either the test method or for interpreting the results.

4 They were unrealistic. Although "1/8th inch in ten feet" has been used to specify billions of square feet of concrete, it was seldom, if ever, achieved. The typical industrial floor, for example, is closer to a 5/8th inch deep envelope, rather than a 1/8th inch deep envelope. Visit the Flat Floor Library at for More Helpful Documents Page 2 3. If floor measurements are so inaccurate, how can you determine floor flatness at all? During the last 40 years, extremely accurate floor measuring instruments have been developed. The first such device was the Face Profileograph, which produces continuous measurements along the wheeltracks of designated vehicular travel paths. The Profileograph was used only on Defined Traffic Floors (Fmin).

5 Another instrument, the Dipstick Floor Profiler, produces a point-to-point graph of the surface measured, as well as the data required to compute ACI/CSA F-Numbers for Random Traffic Floors. The latest versions of the Dipstick include a broad range of surface profile analysis packages, including Fmin. 4. Now that we have precise and accurate instruments, why can't we just keep using the straightedge specs? Straightedge specifications didn't control the characteristics of the floor that relate to its usefulness. For instance, all of these floor profiles would satisfy the 1/8th inch in ten feet spec: Clearly, the usefulness of the floors shown above varies wildly. The F-Numbers range from FF 16 to FF 83. Since all these floor profiles would meet the 1/8th inch spec, the straightedge specs themselves simply were not capable of distinguishing between good and bad floors.

7 Since I've been meeting 1/8th inch in 10' for years, why should I have any problem meeting an FF 50? Because you weren't meeting 1/8th inch in 10 feet! Just because the floor was accepted and paid for doesn't mean it was actually that flat. The only time you can be sure you actually built a floor to a specific tolerance is if the floor was measured by a very accurate instrument. In all probability, most of the concrete floors placed between 1950 and 1990 would measure somewhere between FF 15 and FF 35; that's something like horizontal envelopes measuring 1 inch by 10 feet - to 3/8ths inch by 10 feet. Visit the Flat Floor Library at for More Helpful Documents Page 4 8. How can I find out what F-Numbers I have been producing ?

8 Hire a testing lab to measure some of your old jobs. If your local test lab doesn't have a Dipstick, you can rent or purchase one and measure the floors yourself. Then, you will know exactly what F-Numbers you have been able to produce under the particular circumstances of each project you measured. 9. I don't need floors that are very flat, so why should I worry about F-Numbers? Using F-Numbers doesn't mean that floors have to be specified flatter than is needed. But without F-Numbers, there is no way to measure reliably what floor flatness/levelness was actually produced. Before the revolution in finishing triggered by accurate profile measurement, the average industrial floor was about an FF 20-25 / FL 15-20. Many building owners were satisfied with this result, but some would find areas of the floor that they wanted "fixed.

9 " But what would happen if the floor profile is not specified at all, and an FF 12 / FL 8 is produced? Most owners are not going to be happy at all with this result. But without clearly defining what is and is not satisfactory in the floor specification, the developer of the building has no control whatsoever over what he is buying. By the way, 20+ years after F-Numbers were adopted by the ACI, the typical industrial floor is about 50% flatter and more without the owner paying any premium. That s because F-Numbers gave contractors and equipment manufacturers reliable so finishing procedures and equipment have greatly improved. 10. What good does it do to measure a floor after it's already in isn't it already too late? F-Numbers were not invented as a way to find somebody to blame.

10 Properly used, F-Numbers identify problems and help prevent their recurrence. After gaining experience with F-Numbers, a contractor can select placement and finishing procedures that will make a failure very unlikely. F-Number measurements should be taken as soon as each day's placement will bear foot traffic. In most cases, the F-Numbers for that slab can be determined within an hour or two and a report can be generated before the next slab is placed. With daily measurement, a construction problem can be identified and corrected before it is repeated. Visit the Flat Floor Library at for More Helpful Documents Page 5 11. That's great for the second placement, but what do you do to make sure the first pour is okay? Placing floors to achieve certain F-Numbers is not guesswork.

Page 1 of 10 INDG382(rev1), published 04/14 Health and Safety Executive Driving at work Managing work-related road safety Introduction More than a quarter of all road traffic incidents may involve somebody who is

Driving, Work, Driving at work, Somebody 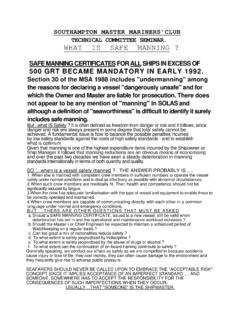 What is Safe Manning - Cachalots

southampton master mariners'club technical committee seminar. what is safe manning ? safe manning certificates for all ships in excess of …

What, Safe, Manning, What is safe manning 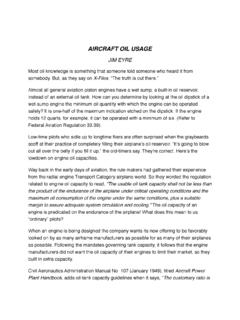 AIRCRAFT OIL USAGE JIM EYRE Most oil knowledge is something that someone told someone who heard it from somebody. But, as they say on X-Files, “The truth is out there.” Almost all general aviation piston engines have a wet sump, a built-in oil reservoir, 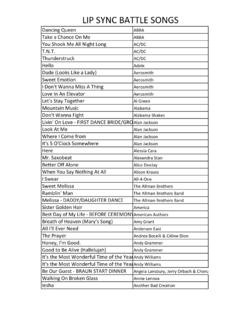