The agriculture sectors in the Intended Nationally ...

The agriculture sectors in the Intended Nationally Determined Contributions: Summary Food and Agriculture Organization of the United Nations Rome, 2016

2 The mention of specific companies or products of manufacturers, whether or not these have been patented, does not imply that these have been endorsed or recommended by FAO in preference to others of a similar nature that are not mentioned. The views expressed in this information product are those of the author(s) and do not necessarily reflect the views or policies of FAO. FAO, 2016. FAO encourages the use, reproduction and dissemination of material in this information product. Except where otherwise indicated, material may be copied, downloaded and printed for private study, research and teaching purposes, or for use in non-commercial products or services, provided that appropriate acknowledgement of FAO as the source and copyright holder is given and that FAO's endorsement of users'.

3 Views, products or services is not implied in any way. All requests for translation and adaptation rights, and for resale and other commercial use rights should be made via or addressed to FAO information products are available on the FAO website ( ) and can be purchased through PAPER. WORKING. The agriculture sectors MANAGEMENT. in the Intended Nationally determined contributions : Summary RESOURCES. ] C L I M A T E C H A N G E. NATURAL. AND. [. ENVIRONMENT. E N V I R O N M E N T. Food and agriculture Organization of the united Nations Rome, 2016. Intended Nationally . determined . contributions (INDCs): NATIONAL PRIORITIES FOR. CLIMATE ACTION. The Intended Nationally determined contributions (INDCs) served as the basis for negotiations at COP21 and helped produce the Paris Agreement on climate change.

4 The INDCs will guide country-level climate action for the coming INDCs include not only targets, but also concrete strategies for addressing the causes of climate change and responding to its effects. As at 29 July 2016, 189 countries (190 Parties) had submitted a total of 161. INDCs and 22 NDCs to the united Nations Framework Convention on Climate Change (UNFCCC), 21 of which were originally submitted as This analysis considers the 22 NDCs and 140 remaining INDCs submitted as at 29 July 2016. In the remainder of this document, these are collectively referred to as the INDCs . The Food and agriculture Organization of the united Nations (FAO) has analyzed the INDCs and found that the agriculture sectors (crops, livestock, forestry, fisheries and aquaculture) feature prominently in meeting national mitigation contributions and adaptation objectives.

5 This is a clear signal: the agriculture sectors are central to the response to climate change. The INDCs were not prepared according to a standard format. While many Parties followed non-binding guidance, the INDCs are heterogeneous in length, coverage and level of detail. All 189 countries refer to mitigation contributions in their INDCs, while 71 percent include an adaptation section. Some specify detailed measures in specific sectors , while others only point to existing plans for further reference. This heterogeneity calls for caution in comparing country priorities and actions beyond broad patterns. This document is a summary of the FAO working paper, The agriculture sectors in the Intended Nationally determined contributions an Analysis'.

6 The working paper is available at 1 Following the Paris Agreement, the INDCs will be transformed into Nationally determined contributions (NDCs). 2 Latvia submitted the INDC on behalf of the European Union, which counts for 29 Parties (28 member states and the European Union). The following seven Parties had not provided (I)NDCs at the date of 29 July 2016: Libya, Nicaragua, The People's Republic of Korea, Palestine, the Syrian Arab Republic, Timor-Leste, Uzbekistan. 3. BOX 1. ]. C O N T R I B U T I O N S. METHODOLOGY AND COUNTRY CLASSIFICATION. Each INDC was read and analyzed in detail to ensure a comprehensive assessment of the coverage of the agriculture sectors . Original text was extracted into a database, which facilitates the replication and re-examination of the screening process.

8 Many also point to the vulnerabilities of these sectors to climate change. The agriculture sectors are able to deliver considerable adaptation and mitigation benefits, and can often do so simultaneously. Many INDCs recognize these adaptation-mitigation synergies. In line with the structure of the UNFCCC. synthesis report,3 the mitigation results of this analysis are presented first. MITIGATION. Agriculture4 and land use, land use change and forestry (LULUCF) are among the most referenced sectors in countries' mitigation contributions (targets and/or actions). LULUCF is referenced in 83 percent of all countries'. INDCs, and as such is second only to the energy sector. agriculture is included in 78 percent of the countries' mitigation contributions .

10 Developing countries put a strong emphasis on agriculture and/ or LULUCF. As illustrated in Figure 1, 96 percent of countries in Sub-Saharan Africa refer to these sectors under their mitigation contributions . The corresponding figure in Eastern, South-Eastern and Southern Asia ranges between 89 to 100. percent. Among the Latin American and Caribbean countries, 91 percent refer to agriculture and/or LULUCF in their mitigation section. In Northern Africa and 3 See Synthesis report on the aggregate effect of the Intended Nationally determined contributions (2015), available at: 4 In the context of mitigation, the agriculture sector' in accordance with IPCC terminology includes emissions from enteric fermentation, manure management, rice cultivation, prescribed burning of savannas and grassland, and from soils ( agricultural emissions).

Educational materials were deve loped through the Teaching American History in Baltimore City Program, a partnership between the Baltimore 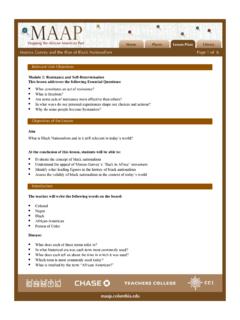 Marcus Garvey and the Rise of Black Nationalism …

Marcus Garvey and the Rise of Black Nationalism Page 2 of 6 Instructional Procedures Step One: The teacher will lead a brief discussion about why the term “African American” is the most commonly used term to 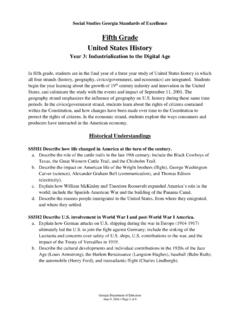 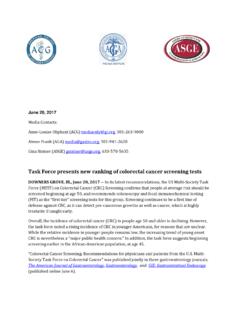 Since its founding in 1941, the American Society for Gastrointestinal Endoscopy (ASGE) has been dedicated to advancing patient care and digestive health by promoting excellence and innovation in

THE 2016 STATE OF WOMEN-OWNED BUSINESSES …

The State of omen-Owned usinesses, 2016 6 There are now an estimated 153,400 Native American/ Alaska Native women-owned firms, employing 57,400 workers and generating $10.5 billion in revenues.

The Role of Women in Agriculture - Home | Food …

1 This paper is based on background research in support of the preparation of FAO’s The State of Food and Agriculture 2010-11: Women in …