6 SECTION THREE COLOR GUARD RULES 3.0 PURPOSE The intent of the color guard classes composed of either members of The American Legion, American Legion family and/or mixed family is to honor the American flag.

2 16. Other Penalties .. 16. Protests .. 17. Prizes .. 17. Tie Breaker .. 17. Section Five: Exhibition Concert Band Rules 18. Eligibility .. 18. Inspection .. 18. Prizes .. 18. Appendix The AMERICAN LEGION Competitive Flag Code .. 19. 2. SECTION ONE. HISTORY. HISTORY. Color guards and marching bands have been an important part of AMERICAN history. In early history, flags were used for a number of purposes. A detachment of soldiers was usually assigned to protect the flag. As history moved forward, color guards were used to lead marching bands, drum and bugle corps and other types of marching units. During the third CONVENTION of The AMERICAN LEGION , a resolution was passed making a band contest a feature of each NATIONAL CONVENTION . At a later CONVENTION , color guard competition also became a feature of The AMERICAN LEGION CONVENTION .

3 Since then, The AMERICAN LEGION , having its foundation in the military, has designated these classes of competition to the preservation and education of our country's rich and patriotic history of honor guards and bands by all of our LEGION Family Organizations. The LEGION is dedicated to upholding proper protocol, point of honor, and due and proper respect for our NATIONAL Colors in all ceremonial situations. SECTION TWO. GENERAL REQUIREMENTS AND RULES. TIME AND PLACE. Military, Military-Open, Open and Advancing/Retiring of Colors color guard classes; the Competitive Concert Band and Exhibition Class will be held in the NATIONAL CONVENTION city starting at a time to be designated by the CONVENTION Commission (CC). The contest site will be in an appropriate location designated by the CC.

4 SUPERVISION. Competition will be under the supervision of the CC. All interpretations and rulings made by the CC are made within the framework of the NATIONAL rules. These rules properly mandated by the NATIONAL Executive Committee (NEC), are not subject to review, correction or waiver, unless the NEC properly constituted, in proper session, makes such review, correction or waiver. The rules set forth in this packet will be the rules established for The AMERICAN LEGION NATIONAL Contests. 3. ENTRY REQUIREMENTS. The AMERICAN LEGION sponsored contest participants that are qualified for participation at the NATIONAL CONVENTION may receive the contest entry forms by requesting them from the NATIONAL CONVENTION & Meetings Office (NCMO) or by going to The AMERICAN LEGION web site and downloading the proper contest entry form.

5 Each entry form must be certified by the Adjutant of the units sponsoring Department. Mail entry forms to The AMERICAN LEGION NATIONAL Headquarters, NATIONAL CONVENTION & Meetings Office, Box 1055, Indianapolis, IN 46206. No award will be made to any unit until NATIONAL Headquarters of The AMERICAN LEGION has approved its eligibility. Order of appearance in the contest will be in reverse order of receipt of entry form with earliest postmark. The AMERICAN LEGION NATIONAL Contest does not limit the number of units allowed to compete in the NATIONAL Contest from any State Department. CONVENTION REGISTRATION. All color guards, competitive concert band and exhibition class members will no longer be required to register at the NATIONAL CONVENTION UNLESS an individual desires to enter the exhibit hall or the general sessions.

6 Then the individual must register as a guest unless they have previously registered as a delegate or an alternate through their department. Those participants who are 18 years of age and younger must still register, but their registration will be at no charge. PARADE. All competing personnel of each color guard and competitive concert band entering the contest must participate in the NATIONAL CONVENTION parade. Only with written permission from the CC Chairman, the Chief Judge of Contests and the Director of NATIONAL CONVENTION & Meetings can a band or color guard member be excused. In addition, guards and bands must march in the parade with their respective Department unless excused by their Department Adjutant and the CC Chairman. Members who are physically handicapped (not to exceed 10 percent) may be excused from marching without penalty provided that such personnel are declared at the MEETING OF REPRESENTATIVES.

7 Specific written permission for other band members to be excused from marching in the parade must be obtained from the CC. Chairman, Chief Judge of Contests and Director of NATIONAL CONVENTION & Meetings. If a band member did not participate in the concert band contest they may not participate in the parade. Failure to participate in the NATIONAL CONVENTION parade will result in the disqualification of the unit and forfeiting all monetary awards earned during the Color Guard or Competitive Concert Band competitions. 4. MEETING OF REPRESENTATIVES. This is a required meeting. One representative of each competing unit will meet with the Chief Judge of Contests prior to the contest at a time and place to be designated by the Chief Judge. The purpose of this meeting is to receive instructions and transact any business, which may come before such meeting.

8 Failure to attend the meeting may put the unit into a penalty situation. Any contest declarations and spiel sheets must be turned in at the Meeting of Representatives. JUDGES. The Chief Judge, judges, tabulators and other contest staff are selected each year based upon their experience, caring and nurturing attitude, consistency, professionalism and communication skills along with the understanding and ability to uphold the rules and regulations as outlined in the manual. The judges are to rank and rate the unit participants using the subjective scoring system. In all classes, this system has been devised to reward and encourage the continuing development and quality achievement of excellence, taste, style, projection, and variety. Within the color guard and Advancing/Retiring of Colors classes, the system also rewards and encourages uniqueness, as well as innovation, and acknowledges the joint efforts of the performers, designers and instructors in maintaining the traditional AMERICAN Flag etiquette and requirements.

9 Seven judges will be provided for the color guard classes, four judges for the Advancing/Retiring of Colors Class, and four judges for the Competitive Concert Band Class. Three judges will be provided for the Exhibition Class to provide constructive comments only. 5. SECTION THREE. COLOR GUARD RULES. PURPOSE. The intent of the color guard classes composed of either members of The AMERICAN LEGION , AMERICAN LEGION family and/or mixed family is to honor the AMERICAN flag. The flag is to be honored in a military manner with dignity, style and bearing associated with a military ceremonial color guard. It may be creative, innovative, and/or entertaining, while keeping the NATIONAL Colors an integral part of the performance. The AMERICAN LEGION Competitive Flag Code is an essential part of the marching performance, which can be found in the appendix, page 19. 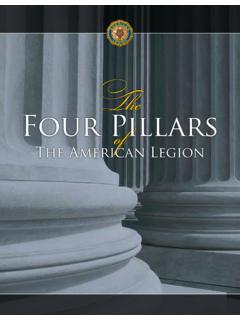 The Four Pillars of - American Legion

Still serving: it’s who we are In 1919, The American Legion was founded on four pillars: Veterans Affairs & Reha- bilitation, National Security, Americanism, and Children & Youth. 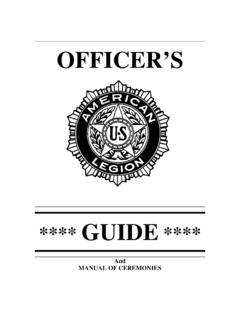 Officers Guide and Manual for Ceremonies - … 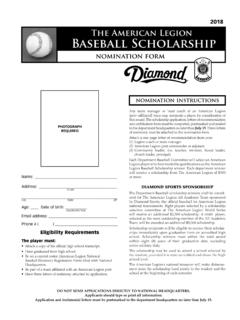 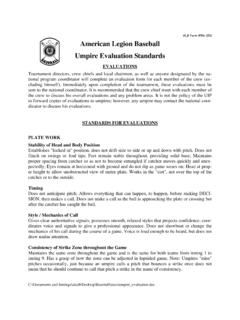 Charter of The American Legion National … 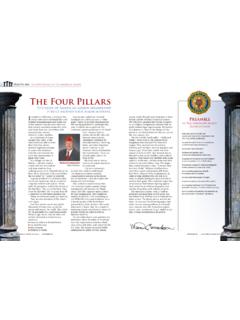 The Four Pillars The value of American Legion Membership is built around four major missions. National Commander Marty Conatser FOR GOD AND COUNTRY, WE 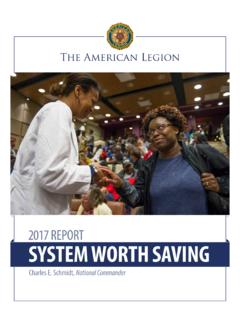 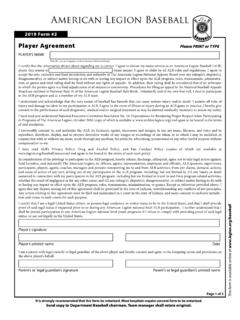 Player Agreement PLAYER’S NAME I certify that the information shown above regarding me is correct. I agree to devote my entire service as an American Legion Baseball (ALB) 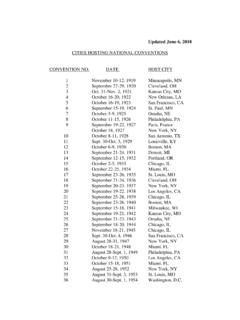 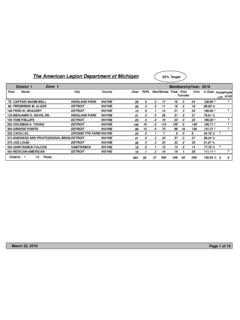 The American Legion Department of Michigan …

Alternative Prayer #2 “Lord, with open minds and hearts, we come together for the betterment of the American Legion Auxiliary. We remember the …

6 Thanks to all the golfer who participated in the 2018 Clinton American Legion Post 259 Golf Tournament – It was a great day and a lot of fun!