4 Corporal Titus in the Boxer Rebellion .. 1-9. Sergeant Patrick Walsh in World War Staff Sergeant Kazuo Otani at Pieve Di St. Staff Sergeant John Sjogren at San Jose Sergeant Ola Mize at Outpost SFC Eugene Ashley at Lang MSG Gordon and SFC Shughart at SGT Christien Roberts in Kosovo ..1-20. CPL Rodolfo Hernandez on Hill 420 ..1-25. SGT Park and the On-the-Spot C Co. 3-504th PIR at Renacer Prison ..3-15. The CPL Sandy Jones in World War 4-6. The 555th Parachute Infantry (Triple Nickles)..4-10. SSG Michael Duda in Desert iv FM Preface This Field Manual is dedicated to the men and women of the US army NONCOMMISSIONED OFFICER Corps in the Active Component, the army National Guard and the US army Reserve altogether America's finest fighting machine. Your soldiers depend on your guidance, training and leadership to win the Nation's wars. Wear your stripes with pride and honor. You are . The Backbone of the army .. PURPOSE. FM provides the army 's NONCOMMISSIONED officers a GUIDE for leading, supervising and caring for soldiers.

5 While not all-inclusive nor intended as a stand-alone document, the GUIDE offers NCOs a ready reference for most situations. SCOPE. The army NCO GUIDE describes NCO duties, responsibilities and authority and how they relate to those of warrant and commissioned officers. It also discusses NCO leadership, counseling and mentorship and the NCO role in training. Of particular use are the additional sources of information and assistance described in the manual. APPLICABILITY. The army NCO GUIDE provides information critical to the success of today's NONCOMMISSIONED officers. This manual is for all NCOs of the army , both active and reserve component. While especially important for new NCOs, this book will be useful to junior officers as well. Every NCO will benefit from reading and understanding FM ADMINISTRATIVE INFORMATION. The proponent for the publication is Headquarters, US army Training and Doctrine Command (TRADOC). Send comments and recommendations on DA Form 2028 (Recommended Changes to Publications and Blank Forms) to Commandant, US army Sergeants Major Academy, ATTN: ATSS-D, Fort Bliss, TX 79918-8002 or through the Sergeants Major Academy website at Unless stated otherwise, masculine nouns or pronouns do not refer exclusively to men.

6 This publication contains copyrighted material. v FM ACKNOWLEDGMENTS. The copyright owners listed here have granted permission to reproduce or paraphrase material from their works. Depiction of To Relieve Bastogne, by Don Stivers, Don Stivers, 1990. Excerpt from Men Against Fire: The Problem of Battle Command in Future War, by Marshall, Peter Smith, 1978. The quotation by LTG Thomas J. Jackson in Chapter 1 is from Dictionary of Military and Naval Quotations, edited by Robert Debs Heinl, US Naval Institute Press, 1988. The quotation by CSM J. F. La Voie in Chapter 2 is from Guardians of the Republic, by Ernest F. Fisher, Jr., Ballantine Books, 1994. Excerpt from GEN Matthew B. Ridgway, "Leadership," in Military Leadership: In Pursuit of Excellence, edited by Robert L. Taylor and William E. Rosenbach, Westview Press, Inc., 1984. Excerpt from The Doughboys: The Story of the AEF by Laurence Stallings, . Harper & Row, 1963. Excerpts from The Triple Nickles, by Bradley Biggs, Archon Books, an imprint of The Shoe String Press, Inc.

7 , 1986. Excerpt from Top Sergeant: The Life and Times of Sergeant Major of the army William G. Bainbridge, by William G. Bainbridge, Ballantine Books, 1995. Other sources of quotations and material used in examples are listed in the Source Notes. Special thanks to CSM Gary L. Littrell (US army , Retired), SGM Michael T. Lamb, SPC Michael J. Stone, SPC Ryan A. Swanson, and Mr. Roger Smith (3rd New Jersey Regiment) whose generous assistance helped make this manual possible. vi FM Charge to the NONCOMMISSIONED OFFICER I will discharge carefully and diligently the duties of the grade to which I have been promoted and uphold the traditions and standards of the army . I understand that soldiers of lesser rank are required to obey my lawful orders. Accordingly, I accept responsibility for their actions. As a NONCOMMISSIONED OFFICER , I accept the charge to observe and follow the orders and directions given by supervisors acting according to the laws, articles and rules governing the discipline of the army , I will correct conditions detrimental to the readiness thereof.

8 In so doing, I will fulfill my greatest obligation as a leader and thereby confirm my status as a NONCOMMISSIONED OFFICER . _____ _____. COMMAND SERGEANT MAJOR NONCOMMISSIONED OFFICER . vii FM The NCO Vision An NCO Corps, grounded in heritage, values and tradition, that embodies the warrior ethos; values perpetual learning;. and is capable of leading, training and motivating soldiers. We must always be an NCO Corps that - Leads by Example - Trains from Experience - Maintains and Enforces Standards - Takes care of Soldiers - Adapts to a Changing World Effectively Counsels and Mentors Subordinates Maintains an Outstanding Personal Appearance Disciplined Leaders Produce Disciplined Soldiers SMA Jack L. Tilley 12th Sergeant Major of the army viii FM Introduction By CSM Gary L. Littrell, US army (ret.), MOH. I often think back to when I was a young NCO, a young buck sergeant in 1964. at the ripe age of 19 years old. I remember asking myself what would it take for me to be a great NCO?

9 We didn't have NCO Academies. We didn't have NONCOMMISSIONED OFFICER guides. We had the experience of our senior NCOs and we had the day to day task of asking ourselves whether we wanted to be good sergeants and if so what would it take to make us good sergeants. And I. thought the number one thing to becoming the best NCO I could be was to be respected. You see, respect is something that has to be earned. Respect is not issued to you with a set of orders and a set of stripes. Respect is something you earn by taking care of the soldiers that you train and supervise and prepare for combat. One of the first problems that I encountered as a young sergeant and I know many NCOs today go through the same trials and tribulations I did is realizing the difference in being respected and being liked. I couldn't define the difference in being respected and being liked. It is human nature to want to be liked, but we can never sacrifice respect for that.

10 The respect you gain through properly training your soldiers to succeed and in ensuring they and their families are taken care of may not always make you popular, but it will earn their respect. It takes a unique leader to be both liked and genuinely respected. Never confuse the two and never sacrifice respect because you want your soldiers to like you. It is far more important to consistently do the right thing. You will earn your soldiers' respect by ensuring they are trained in all aspects of their job. Individual training is sergeant's business. I have always had a saying that we as NCOs deprive a soldier of his basic right to live if we send that soldier into combat without proper training. Basic soldier skills are important to all, not just to infantrymen or other combat arms soldiers, but also to mechanics, cooks or clerks they, too, must be proficient in basic soldier skills. If a soldier goes into combat and these skills are weak, you as a sergeant have deprived that soldier of his basic right to live. 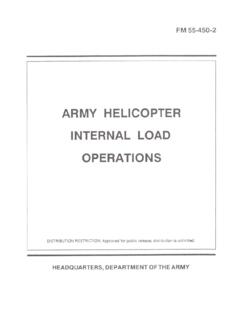 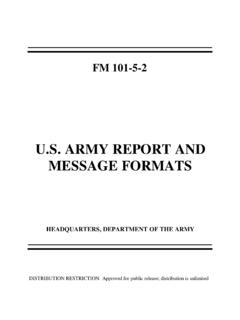 i FM 101-5-2 Field Manual Headquarters No. 101-5-2 Department of the Army Washington, DC, [pending date] US ARMY REPORT AND MESSAGE FORMATS … 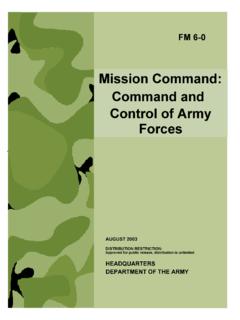 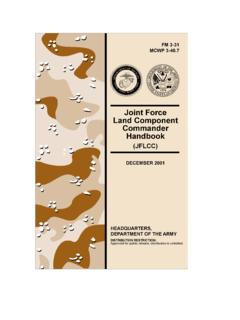 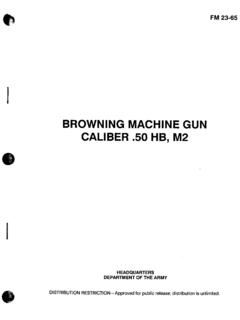 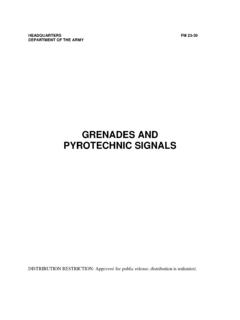 iii PREFACE The purpose of this manual is to orient soldiers to the functions and descriptions of hand grenades and ground pyrotechnic signals. It provides a reference for the identification and 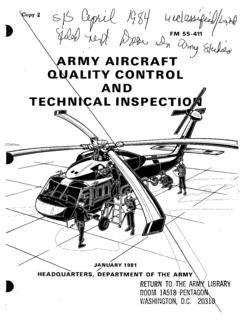