The Buddhist Core Values and Perspectives for Protection ...

High Commissioner's Dialogue Distr: General on Protection Challenges 20 November 2012. Theme: Faith and Protection English (12-13 December 2012) Original: English English and French only THE Buddhist core Values . AND Perspectives FOR Protection CHALLENGES: FAITH AND Protection . I. THE BACKGROUND OF BUDDHISM. Buddhism, like most of the great religions of the world, is divided into a number of different traditions. However, most traditions share a common set of fundamental beliefs. One central belief of Buddhism is often referred to as reincarnation -- the concept that people are reborn after dying.

THE BUDDHIST CORE VALUES AND PERSPECTIVES FOR PROTECTION CHALLENGES: FAITH AND PROTECTION I. THE BACKGROUND OF BUDDHISM Buddhism, like most of the great religions of the world, is divided into a number of different traditions. However, most traditions share a common set of fundamental beliefs.

1 High Commissioner's Dialogue Distr: General on Protection Challenges 20 November 2012. Theme: Faith and Protection English (12-13 December 2012) Original: English English and French only THE Buddhist core Values . AND Perspectives FOR Protection CHALLENGES: FAITH AND Protection . I. THE BACKGROUND OF BUDDHISM. Buddhism, like most of the great religions of the world, is divided into a number of different traditions. However, most traditions share a common set of fundamental beliefs. One central belief of Buddhism is often referred to as reincarnation -- the concept that people are reborn after dying.

2 In fact, most individuals go through many cycles of birth, living, death and rebirth. A practicing Buddhist differentiates between the concepts of rebirth and reincarnation. In reincarnation, the individual may recur repeatedly. In rebirth, a person does not necessarily return to Earth as the same entity ever again. He compares it to a leaf growing on a tree. When the withering leaf falls off, a new leaf will eventually replace it. It is similar to the old leaf, but it is not identical to the original leaf.

3 Buddhism is a philosophy of life expounded by Gautama Buddha ("Buddha" means "enlightened one"), who lived and taught in northern India in the 6th century The Buddha was not a god and the philosophy of Buddhism does not entail any theistic world view. The teachings of the Buddha are aimed solely at liberating sentient beings from suffering. The Basic Teachings of Buddha which are core to Buddhism are: The Three Universal Truths;. The Four Noble Truths; and The Noble Eightfold Path. II. THE THREE UNIVERSAL TRUTHS.

4 1. Nothing is lost in the universe 2. Everything Changes 3. The Law of Cause and Effect In Buddhism, the law of karma, says "for every event that occurs, there will follow another event whose existence was caused by the first, and this second event will be pleasant or unpleasant according as its cause was skillful or unskillful." Therefore, the law of Karma teaches that the responsibility for unskillful actions is borne by the person who commits them. After his enlightenment, the Buddha went to the Deer Park near the holy city of Benares and shared his new understanding with five holy men.

5 They understood immediately and became his disciples. This marked the beginning of the Buddhist community. For the next forty-five years, the Buddha and his disciples went from place to place in India spreading the Dharma, his teachings. Their compassion knew no bounds; they helped everyone along the way, beggars, kings and slave girls. At night, they would sleep where they were; when hungry they would ask for a little food. Wherever the Buddha went, he won the hearts of the people because he dealt with their true feelings.

6 He advised them not to accept his words on blind faith, but to decide for themselves whether his teachings are right or wrong, then follow them. He encouraged everyone to have compassion for each other and develop their own virtue: "You should do your own work, for I can teach only the way.". Once, the Buddha and his disciple Ananda visited a monastery where a monk was suffering from a contagious disease. The poor man lay in a mess with no one looking after him. The Buddha himself washed the sick monk and placed him on a new bed.

7 Afterwards, he admonished the other monks: "Monks, you have neither mother nor father to look after you. If you do not look after each other, who will look after you? Whoever serves the sick and suffering, serves me.". After many such cycles, if a person releases their attachment to desire and the self, they can attain Nirvana. This is a state of liberation and freedom from suffering. The three trainings or practices These three consist of: 1. Sila: Virtue, good conduct, morality. This is based on two fundamental principles: The principle of equality: that all living entities are equal.

8 The principle of reciprocity: This is the "Golden Rule" in Christianity - to do unto others as you would wish them to do unto you. It is found in all major religions. 2. Samadhi: Concentration, meditation, mental development. Developing one's mind is the path to wisdom which, in turn, leads to personal freedom. Mental development also strengthens and controls our mind; this helps us maintain good conduct. 3. Prajna: Discernment, insight, wisdom, enlightenment. This is the real heart of Buddhism. Wisdom will emerge if your mind is pure and calm.

9 The first two paths listed in the Eightfold Path, described below, refer to discernment; the last three belong to concentration; the middle three are related to virtue. III. THE FOUR NOBLE TRUTHS. The Buddha's Four Noble Truths explore human suffering. They may be described (somewhat simplistically) as: 1. Dukkha: Suffering exists: Life is suffering. Suffering is real and almost universal. Suffering has many causes: loss, sickness, pain, failure, and the impermanence of pleasure. 2. Samudaya: There is a cause of suffering.

10 Suffering is due to attachment. It is the desire to have and control things. It can take many forms: craving of sensual pleasures; the desire for fame; the desire to avoid unpleasant sensations, like fear, anger or jealousy. 3. Nirodha: There is an end to suffering. Attachment can be overcome. Suffering ceases with the final liberation of Nirvana (Nibbana). The mind experiences complete freedom, liberation and non-attachment. It lets go of any desire or craving. 4. Magga: In order to end suffering, you must follow the Eightfold Path. 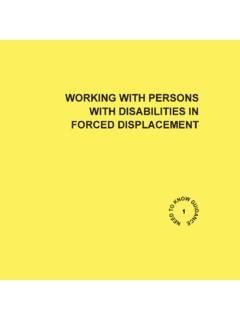 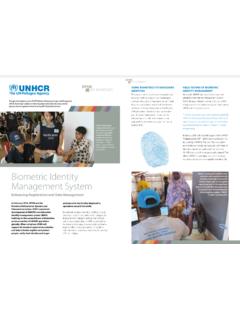 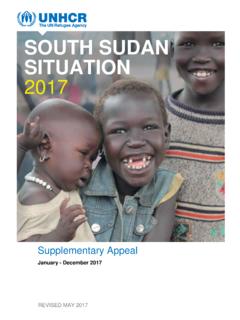 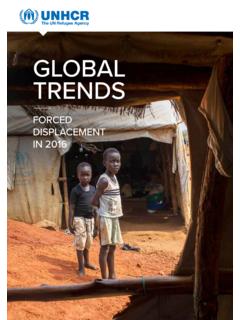 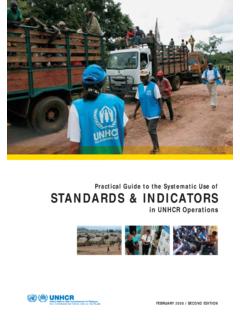 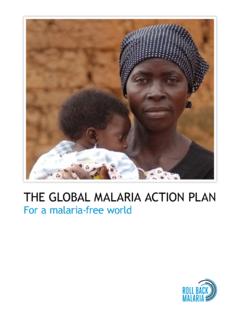 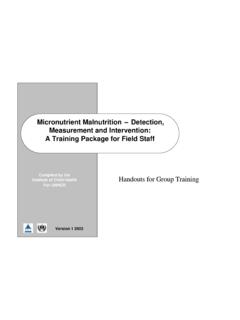 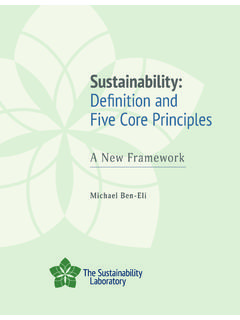 The result is a set of five core principles, each with its own derived policy and operational implications. The set is systemic in nature, meaning that each domain affects all the others and is affected by each in return. This systemic aspect is fundamental. It reflects the interdependent nature of reality itself. 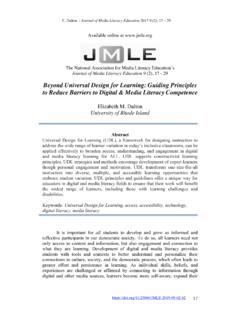 The principles. The Core Code sets out five ethical principles, which provide a basis for promoting good behaviour and challenging inappropriate behaviour. The ethical principles have been produced specifically for Fire and Rescue Services by the National Fire Chiefs Council, the Local Government Association and the ... Five Guiding Principles of a Successful Center of Excellence

Five Guiding Principles of a Successful Center of Excellence. 2 Contents ... At its core, the main purpose of a CoE is to define and develop standards and best practices. This includes developing and documenting templates, blue prints, and repeatable processes

core principles, the purpose of which is to help enable health professionals, researchers, policy makers, administrators, and patients to achieve appropriate, high-value team-based health care. ... two primary care clinicians and five specialists per year, as well as providers of diagnostic, pharmacy, and other ... 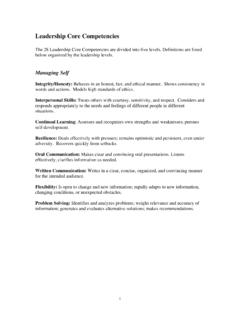 158 Presentation Zen Chapter 6 Presentation Design: Principles and Techniques 159 This title slide lacks a design priority. Due to poor use of alignment and proximity the slide seems to contain five different elements. This slide uses symmetrical balance and better proximity, with related items now clearly together. Greater contrast is 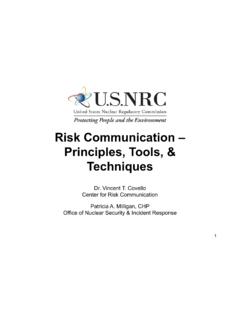 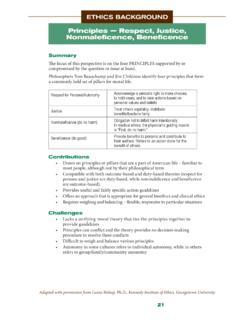 Principles — Respect, Justice, Nonmaleficence, Beneficence Adapted with permission from Laura Bishop, Ph.D., Kennedy Institute of Ethics, Georgetown University The focus of this perspective is on the four PRINCIPLES supported by or …