THE CHALGROVE METEORS . An in flight ejection seat test from WL419 credited with over 200 ejection seat tests to date. th Since the Gloster Whittle prototype made its first flight on 24 July 1943 at Barford St. John, this aircraft and its following variants has proved one of the most versatile ever to have entered squadron service. More popularly recognised as the Meteor, it first saw action in the hands of N0 616 Squadron, RAF, in July 1944. against the flying bombs and since that date has been used for countless duties as well as being exported in its hundreds to many other countries. The Meteor has played an important part in the development of the Martin-Baker ejection seat.

1 THE CHALGROVE METEORS . An in flight ejection seat test from WL419 credited with over 200 ejection seat tests to date. th Since the Gloster Whittle prototype made its first flight on 24 July 1943 at Barford St. John, this aircraft and its following variants has proved one of the most versatile ever to have entered squadron service. More popularly recognised as the Meteor, it first saw action in the hands of N0 616 Squadron, RAF, in July 1944. against the flying bombs and since that date has been used for countless duties as well as being exported in its hundreds to many other countries. The Meteor has played an important part in the development of the Martin-Baker ejection seat.

2 After early flight trials had been completed with the ejection seat mounted in the turret position of a Boulton-Paul Defiant, it became necessary to conduct tests at speeds higher than the 300 mph the Defiant was capable of reaching. The Ministry of Aircraft Production then allocated a Meteor to the Company as the most suitable aircraft then available. th Delivered to Oakley Airfield near Thame, then being used by Martin-Baker, on the 6. November 1945, EE416 was one of a production batch of 180 aircraft given the Gloster type number and fitted with Rolls Royce Derwent Series 1 engines. Considerable modifications were made to the forward fuselage structure to enable the ejection seat to be fitted in the ammunition bay behind the existing cockpit.

3 The original seat bulkhead was removed and replaced by a new sloping bulkhead further aft; the rear decking at longeron level at the front spar bulkhead was replaced by an arched member and the floor beams were specially strengthened to withstand the loads imposed by the ejection gun. On completion of this work (all done with the blessing of the stress department at Glosters), EE416 began its new life at th CHALGROVE on 8 June 1946 with a static ejection test being carried out with the aid of a catch net. Martin-Baker commenced ejection seat testing using a Boulton Paul Defiant in May 1945. th EE416 began ejection seat testing at CHALGROVE on 8 june 1946. th On 24 June 1946 the first dummy ejection was made from the Meteor in flight at an indicated airspeed of 415 mph and at an altitude of 2000 feet.

4 Eleven more airborne th tests were carried out with EE416 before 24 July 1946. On this day two dummy shots took place, both at 350 mph at 4500 feet before the first live ejection test in this country. Undertaken by Bernard (Benny) Lynch, then one of Martin-Baker's experimental fitters, at a speed of 320 mph, this ejection was perfect and was undoubtedly a landmark in the development of aircrew escape equipment and a highlight in the history of the Martin-Baker Aircraft Company. Since July 1946 Benny Lynch went on to make a further sixteen live ejection tests from the METEORS , both at home and overseas, and was awarded the British Empire Medal for his work. Subsequently EE416 was used in over 400 airborne tests in the development of the Martin-Baker seat.

5 The aircraft is now pensioned off and the nose section previously on display as part of an exhibit in the Science Museum in London, together with the seat which was used in the first live ejection and the seat used in the first emergency th ejection on 30 May 1949. It has now been removed from the Science Museum and donated to the Imperial War Museum Duxford. Four other METEORS were, at this period, associated with Martin-Baker. Delivered at the same time as EE416 was its immediate forerunner EE415 . This was used in an attempt at aerial photography of the ejection sequence, the ammunition tanks behind the cockpit being removed and replaced with an angled camera to enable EE415 to fly slightly astern of EE416.

6 Unfortunately aerial photography was never much of a success as the rapid deceleration of the seat on ejection allowed only a very small part of the sequence to be filmed before disappearing out of the camera's line of sight. th On 24 July 1946, Bernard (Benny) Lynch ejected himself from Meteor EE416 at 230. mph IAS at 8,000 feet recording the World's first live ejection with a Martin-Baker seat. Bernard Lynch (left) and Lancaster (first live ejectee) with the cockpit section of EE416 presented to the Science Museum in London. After having being flown on several occasions by Squadron Leader Booth, EE415. th was returned to Glosters at Morton Valance on 19 October. A similar Meteor EE338, was allocated by the Royal Aircraft Establishment at Farnborough as a photographic aircraft but was not used to any great extent.

7 Next on the list was yet another , EE479. Received by Martin-Baker at Oakley th on 28 February 1946, it was intended as a cockpit installation example for the ejection seats but work on this aircraft was never completed. Early in June 1946 Martin-Baker moved to CHALGROVE , an ex-wartime airfield near Oxford operated by the US Army Air Force. It was at CHALGROVE that the last aircraft of this period one of the first batch of Meteor 's, EE519 flown in to CHALGROVE th on 4 October 1950 to operate alongside EE416. However, some seven months later it was flown back to Glosters by Peter Twiss, not having been used for anything significant. Approaching the end of its usefulness EE416 was joined by a Meteor T.

8 Mk 7 two seat trainer, WA634, again obtained through the Ministry of Supply. Originally allocated to Gloster Aircraft Co., it was built in November 1949 and, having a maximum level speed at sea level of 585 mph, it was soon to prove its value in the further development of the seat in the higher speed ranges. th Received by Martin-Baker on 30 January 1952 as a Meteor , it was modified in the same manner as EE416 but this time having the added advantage of already being a two seater. Modifications included changing the bulkhead between the tandem cockpits, strengthening of the flooring and removal of the controls from the th rear cockpit. It was then returned to Gloster on 18 June 1952 for the fitting of the high speed rear fuselage and tail unit, later to be fitted to the Meteor 8's.

9 This modification also improves the directional stability of the aircraft and gives more directional control under asymmetric power in the case of engine failure. th Returning to Martin-Baker for further modifications on 24 July it began the first of st its many ejection tests on 31 August 1953. The original canopy changes required on WA634 for ejection seat testing. WA634 with a newly improved canopy. Many notable ejections in the history of Martin-Baker have been recorded including the first live runway ejection by Squadron Leader at CHALGROVE Airfield on rd 3 September 1955. The ejection took place as the Meteor was travelling along the runway and some six seconds later Squadron Leader Fifield was safely on the ground having accomplished an ejection which, up to then, many people had thought impossible.

10 The following month he again ejected from WA634, this time at the other end of the scale, from a height of 40,000 feet. Three years later the aircraft flew over to the Hanover Air Show in Germany to demonstrate the low level capabilities of the seat, this time with Rolf Bullwinkel as the subject. With the trials starting on the Martin-Baker rocket assisted ejection seat it was necessary to determine beforehand what effect the rocket blast would have in a confined cockpit space. For this purpose the Company obtained the shell of Meteor WA686. This aircraft was a combination of a rear fuselage and cockpit but minus wings, engines and tail assembly. After a number of static shots with the rocket seat these effects were determined and work started again on modifying WA634. 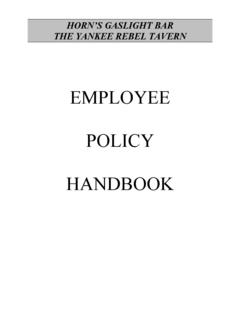 HORN’S GASLIGHT BAR THE YANKEE REBEL TAVERN Dear Employee, We are pleased to welcome you into our business family. As a new member of our family, we have prepared this handbook to further acquaint you with 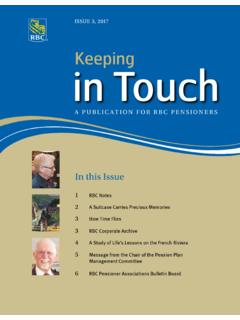 Here are some highlights from the RBC third quarter results of 2017. Pay bills through Siri – a Canadian first RBC clients are now the first in Canada who can ask

One of the most serious of all penetrating chest injures occurs when a bullet or a piece of shrap-nel rips open a hole in the chest wall, entering the lung, causing it to collapse.