The effects of essay topics on modal verb uses in …

Available online at Journal of Pragmatics 41 (2009) 667 683. The effects of essay topics on modal verb uses in L1 and L2 academic writing Eli Hinkel Seattle University, United States Received 9 May 2006; received in revised form 25 November 2007; accepted 22 September 2008. Abstract This study analyzes modal verb use in a small corpus of L1 and L2 writing (718 essays /201,601 words) on five topics written by speakers of English, Chinese, Korean, and Japanese. The results demonstrate that median frequency rates of modal verbs in L2. essays are significantly affected by the writing topic, depending on the writers' L1s and the contextual meanings and functions of obligation and necessity modals.

Topics, Essays, Effect, The effects of essay topics on

1 Available online at Journal of Pragmatics 41 (2009) 667 683. The effects of essay topics on modal verb uses in L1 and L2 academic writing Eli Hinkel Seattle University, United States Received 9 May 2006; received in revised form 25 November 2007; accepted 22 September 2008. Abstract This study analyzes modal verb use in a small corpus of L1 and L2 writing (718 essays /201,601 words) on five topics written by speakers of English, Chinese, Korean, and Japanese. The results demonstrate that median frequency rates of modal verbs in L2. essays are significantly affected by the writing topic, depending on the writers' L1s and the contextual meanings and functions of obligation and necessity modals.

2 On the whole, the frequency rates of possibility and ability modals appear to be less topic- dependent than obligation and necessity modals in the L2 writing of Chinese, Japanese, and Korean speakers. In many cases, writing prompts/ topics are generally designed to be accessible to young adults of any cultural and linguistic background. However, broad- based topic accessibility also implies reliance on writers' personal experiences and socio-cultural background knowledge that can lead to a greater topic- effect on L2 writing and overuse of such language features as obligation and necessity modals. The study concludes that more personally distant topics elicit fewer disparities between L1 and L2 prose than topics in which the student writers are expected to draw on their personal experiences.

3 # 2008 Elsevier All rights reserved. Keywords: modal verbs; Nonnative speakers of English; Second language writing; Writing assessment; Cultural values; Topic effect ; Written corpus 1. Introduction Since at least the 1980s, in the , the direct assessment of writing has gained popularity in colleges and universities, as well as school districts, and is more prevalent in standardized tests, such as the TOEFL and Michigan English Language Assessment Battery (MELAB), and more recently, SAT. During the past several decades, a good deal of research has been carried out to identify the effects of writing prompts and topics on the quality of student writing. A majority of these studies have analyzed the ratings of student essays or scores assigned by trained raters and teachers.

4 The published reports deal with similarities or differences in rater evaluations of student compositions written on particular topics . To date, most such investigations have predominantly focused on the writing of native speakers of English (NSs). In addition, however, a small number of publications have addressed the influence of topics on the scores assigned to L2 writing by essay evaluators. Although most studies of the effects of topics and prompts on L2 writing analyze reader-assigned ratings, so far, only a handful of publications have emerged that address the uses of syntactic and lexical features in L2 essays on different topics . It is important to note, however, that just as the analyses of essay ratings say little about the uses of E-mail address: 0378-2166/$ see front matter # 2008 Elsevier All rights reserved.

5 668 E. Hinkel / Journal of Pragmatics 41 (2009) 667 683. language in L2 writing, examinations of syntactic and lexical properties of L2 text provide a limited indication of the writing quality. From this perspective, examinations of the influence of topics and prompts on reader ratings and on the usage of linguistic features in essay texts represent two distinct research venues. The studies of topic effect on L1 and L2 writing diverge considerably in their research methodologies, goals, and findings, resulting in a substantial, although somewhat disparate, body of work. Among the many publications on the influence of the topic on student writing, the following research venues have been particularly prominent: (1) rater evaluations of L1 university essays on different topics , (2) the consistency and reliability of ratings assigned to L2 writing on standardized tests, and (3) differences and similarities in the uses of a few specific linguistic features in L1 and L2 writing.

6 This introduction will take a look at a number of relevant publications thematically in order to present a coherent picture of what is currently known about topic effects on L1 and L2. writing. Topic effect on L1 essay evaluations By far most investigations of the effect of particular topics on essay ratings have been carried out by individual researchers in their respective colleges and universities in connection with institutional assessments of students'. writing quality. A number of large-scale studies with hundreds or even thousands of essays examine the impact of such characteristics of writing prompts as specific wording, informational content, and amount of detail ( a phrase or a full paragraph), and topic personalization or depersonalization ( Brossell, 1983; Brossell and Ash, 1984; Freedman, 1981; Hoetker, 1982; Hoetker and Brossell, 1989).

7 Practically all these studies report no significant differences in the scores assigned to essays written to prompts with varied wording, a minimal or an expanded amount of information, or varied extent of personalization. In an influential overview of the research published between 1975 and 1990 in direct assessment of NS L1 writing, Huot (1990) concludes that research has not established a clear-cut relationship between the type of written discourse produced for assessment and writing quality. On the other hand, Brown et al. (1991) report statistically significant differences in the ratings of essays written in response to topics based on readings with varied levels of complexity.

8 Unfortunately, these authors do not provide any information on the topics of readings or the specifics of the essay prompts to explain the reasons for the differences in the ratings. Based on the study results, Brown et al. (1991) emphasize that it is not possible to tell whether the difference resides primarily with writers or readers,'' or how, in fact, prompts make a difference in the quality of student writing (p. 547). The authors comment that it is quite possible that we will never be able to map variables in ways that will allow us to understand fully how prompts affect writers'' or readers. In addition to the scoring of essays in institutional assessments, significant topic effects have also been identified in the scoring of L1 writing on the standardized tests administered by the College Entrance Examination Board (Pomplun et al.)

9 , 1992). A detailed study of essay prompts on the English Composition Achievement Test showed different levels of difficulty and cultural bias in essay topics . For example, of the seven topics administered by the College Board, two were shown to disfavor ethnic Asian and Hispanic writers. The authors conclude that the topic of heroes and values may have favored groups more familiar with cultural values'' (p. 9), as well as the combination of an abstract topic with an ironic tone may have caused differential performance for those with lower language skills''. (p. 17). To address the issues of score reliability in large scale writing assessment, Breland et al. (2004) carried out an examination of the scores of SAT II essays written by a total of 2400 students in four ethnic groups: African Americans, Asian Americans, Hispanics, and whites.

10 One third of the entire cohort consisted of ESL writers, but unfortunately, the report does not provide the linguistic breakdown for this group. The study of essay scores found that the essays of African American students written on one of the four prompts received significantly higher scores than those on the other prompts. On the other hand, ESL writers performed worst on this prompt'' (p. 6). Regrettably, the researchers were not able to identify the reasons for these disparities in the essay scores: it is not clear why the African American group performed better on prompt A1 than on the other three prompts.'' According to Breland et al., because there was no indication that African American students who received this particular prompt were of higher ability'' and because this anomaly occurred within both genders of African American students, it would not appear to be due to sampling error'' (p.) 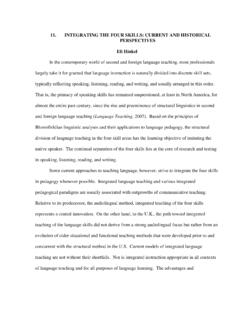 11. INTEGRATING THE FOUR SKILLS: CURRENT AND HISTORICAL PERSPECTIVES Eli Hinkel In the contemporary world of second and foreign language teaching… 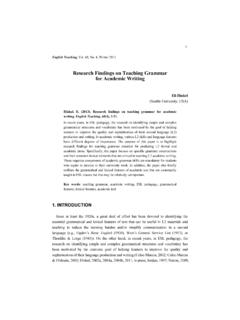 grammatical structures and vocabulary has been motivated by the goal of helping ... Teaching the whole gamut of English grammar when a great deal of it is patently useless ... Research Findings on Teaching Grammar for Academic Writing 7 and textbooks, but hardly ever used ... 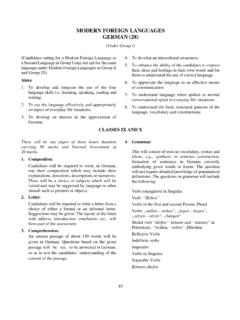 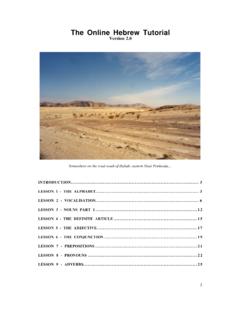 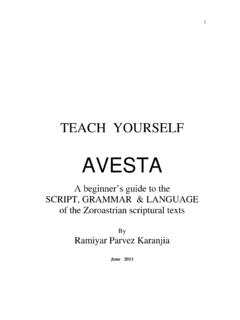 1 TEACH YOURSELF AVESTA A beginner‟s guide to the SCRIPT, GRAMMAR & LANGUAGE of the Zoroastrian scriptural texts By Ramiyar Parvez Karanjia

Teach, Yourself, Teach yourself avesta, Avesta 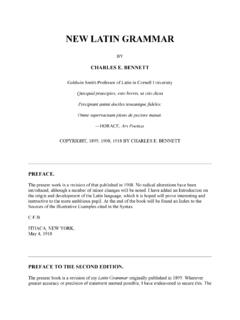