2 This uptick was largely driven by an unprecedented percent increase in spending on specialty medications. In 2015, spending rose another ,5. Specialty drug pricing alone is far outpacing the Consumer Price Index and specialty drugs are expected to increase to 44 percent of overall drug spending by ,7. Spending on 10 breakthrough drugs alone will cost just three government programs nearly $50 billion over a According to a recent AARP report, the annual retail cost of widely-used specialty PRESCRIPTION drug therapies in 2013 averaged $53,384 annually.

3 This is more than the median US household income ($52,250) for the same time period, twice as much as the median income for Medicare beneficiaries ($23,500), and almost three and a half times higher than the average Social Security retirement benefit ($15,526).9. Spending on specialty medicines (drugs that require special handling, administration, or monitoring). increased by $54 billion over the past five years, accounting for 73 percent of all medicine spending Prices are RISING on some common drugs, too. Four of the top 10 PRESCRIPTION drugs in the United States have increased in price by more than 100 percent since 1 IMS Institute for Healthcare Informatics.

6 (2016, April). Exclusive: Makers took big price increases on widely used drugs. Reuters. EXAMPLES. Pfizer Inc., the nation's largest drugmaker, has raised prices on 133 of its brand-name products in the in 2016, according to research from UBS, more than three-quarters of those were increases of 10 percent or S. ovaldi, a drug to treat Hepatitis C virus, COSTS $1,000 per day for the 12-week course of treatment amounting to $84,000. Additionally, a drug like Sovaldi is often prescribed in concert with other drugs, significantly raising the total treatment cost.

7 An 18-month investigation by United States Senate Committee on Finance into Gilead Sciences' Hepatitis C drugs Sovaldi and Harvoni found that the company pursued a marketing strategy and final wholesale price of Sovaldi that it believed would maximize revenue Fostering broad, affordable access was not a key consideration in the process of setting the wholesale prices. 13,14. The recent FDA approval of Orkambi, a two- drug therapy designed to treat the most common mutation of Cystic Fibrosis, came with a $259,000 annual price tag. While Orkambi is a major breakthrough in treating Cystic Fibrosis patients, its staggering price tag is an unaffordable option for many who desperately need the Some drug companies, like Actavis, have attempted to product-hop, which results in discontinuing a medication in favor of a more expensive version, keeping prices high for consumers.

8 According to an analysis from the Assistant Secretary for Planning and Evaluation (ASPE), the Medicare Part D. program would have incurred a cost of $288 million in 2015 if Actavis was allowed to do this with its top-selling Alzheimer's At $14,600 annually, the PCSK9 inhibitor to treat high cholesterol Praluent is too expensive for many patients for even one year. Given the nature of the treatment though, most patients prescribed Praluent will be on it for the rest of their lives, skyrocketing the total cost of this Since 2007, Lyrica has helped treat the pain of those who suffer from fibromyalgia.

9 In 2014, the drug was Pfizer's top-selling drug and brought in $ billion in sales, and in 2015, the drug was the pharmaceutical giant's second-best selling drug bringing in $ billion. The price of the drug increased by ABOUT 51 percent over the three years, which produced $208 million sales attributed solely to the price Koons, C. (2015, October). Pfizer Raised Prices on 133 Drugs This Year, And It's Not Alone. Bloomberg. 12. 13. Appleby, J. (2014, May). Who Should Get Pricey Hepatitis C Drugs? Kaiser Health News. United States Senate Committee on Finance. 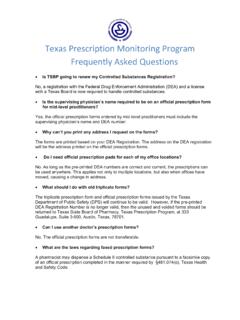 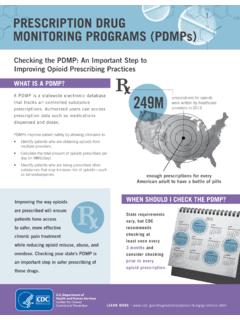 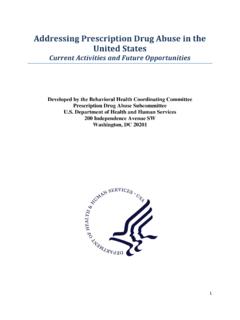 3 EXECUTIVE SUMMARY Introduction The United States is in the midst of an unprecedented drug overdose epidemic. Drug overdose death rates have increased five-fold since 1980.1 By 2009, drug overdose deaths outnumbered deaths due to motor vehicle crashes for the first time in the U.S. Prescription drugs, especially 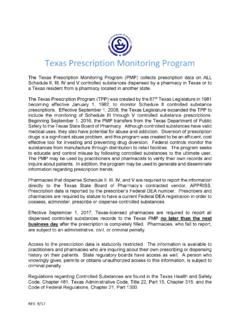