2 Industry grow partly as a result. The The country's progressive energy number of renewable ef cient tech- policy is a reaction to two of the nologies such as CHP, heat pumps, most pressing challenges of our solar thermal, condensing Heating time: energy security and climate boilers and pellet Heating systems . change. has increased enormously. Accordingly, there is a signi cant need for ef cient technologies to reduce primary energy consump- tion. The government is actively promoting the swift development The German Heating Age and Energy Conversion Ef ciency of Heat Generators in Germany 2009.

3 (as percent of total heat generators). and Cooling Industry : Opportunities for Investors 12 % below 10 years, energy conversion The German government intends to ef ciency < 98 %. reduce CO2 emissions by 270 million state of the art metric tons by 2020, and further 70 % between promote the consumption of energy 10 and 24 years produced from renewable sources. old, energy conversion 18 % older than Buildings account for over 40 per- ef ciency < 85 %. 24 years, energy cent of German energy consumption;. conversion ef ci- 85 percent of which is used for heat- ency < 65 %.

4 Ing purposes. In private households this gure is as high as 86 percent of Source: BDH 2009. total energy consumption. Of the 17 million Heating generators The saving potentials, however, are Domestic market size, a fully de- in Germany, only 12 percent could as high as 60 percent, with an aver- veloped European logistical center be considered state-of-the-art: 70 age saving of 35 percent. Accordingly, infrastructure, and the availability percent are between 10 and 24 years technology developments facilitating of a highly skilled and well-educat- old, and 18 percent are older still.

5 Increased energy ef ciency are be- ed workforce are further decisive As such, signi cant market and, coming ever more important and will factors for investing in Germany. accordingly, investment potential can continue to be in the long term. be expected in the decades to come. Germany's central location at the In 2008, 45 percent of all newly in- heart of Europe allows neighboring Around 50 percent of total building stalled Heating systems in Germany markets to be easily and swiftly stock will be retro tted within the were linked to renewable energy accessed and serviced.

6 Next 20 years ( percent annually sources. This is equivalent to a 13. which is equivalent to 950,000 build- percent growth level in less than Thanks to some of the highest ef- ings from a total stock of 38 million two years. ciency standards in Europe, Ger- buildings). man manufacturing is a recognized Investment Conditions guarantor for outstanding quality. There is an obligation to integrate The German government has set ef cient Heating technologies in out a High-Tech Strategy granting A plethora of incentive and funding order to decrease primary energy generous funding for R&D projects programs are in place to promote consumption per m for new build- in different sectors, with speci c further energy ef ciency progress ings.

7 Potential savings are up to 93 emphasis on the renewable energy and renewable technologies de- percent of primary energy consum- sector. velopments. ption of apartment houses in Ger- many. Demand for air conditioning Renowned R&D institutes and a is increasing due to lifestyle and number of developers of new climate change and adaption to mo- technologies within the Heating dern standards. Air-conditioning and Cooling segment make Germany and refrigeration engineering tech- an optimal investment location. nologies use around 15 percent of the total electric energy produced in Germany.

10 Billion. Potential revenues in the 100,000. European heat pump market for the period up to 2015 are estimated to be 0. in the region of USD billion. 2005 2006 2007 2008. Note: Total sales in eight countries. Market Drivers in Germany Source: EPHA 2009. There exists a signi cant demand for energy ef ciency in Germany, with heat pumps providing an attrac- Incentives Programs The most important incentives at tive alternative to oil central Heating There are several incentive pro- the national level for heat pumps are systems. 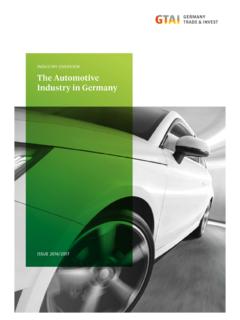 This publication was produced by the Department of Mental Health and Substance Dependence, Noncommunicable Diseases and Mental Health, World Health Organization, Geneva. 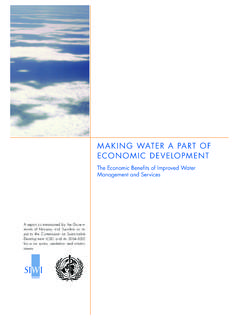 MAKING WATER A PART OF ECONOMIC …

California Preschool Learning Foundations (Volume 2) was developed by the Child Development Division, California Depart-ment of Education. This publication was edited by …

The information contained in the section of Your … 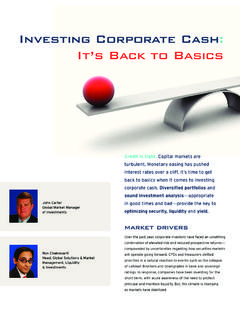 market drivers Over the past year, corporate investors have faced an unsettling combination of elevated risk and reduced prospective returns— compounded by uncertainties regarding how securities markets