The Impact of Ethanol Production on Food, Feed …

Issue Brief: The Impact of Ethanol Production on food , feed and Fuel Summer 2008 A Publication of Ethanol Across America For more than three decades, critics have tried to cast Ethanol as a food versus fuel . argument. The marketplace is a better indicator of grain supply and demand. Statistics simply don't bear out the dire predictions of those who say we must choose between fueling our cars and feeding people. We don't have to make a choice. We can do both. We must do both and we are. As we begin, let's recall why the Ethanol industry cornerstone for America's energy and economic was created in the first place. First, Congress wanted security as we continue to find ways to produce to create a domestic source of energy to help our own fuels and keep dollars at home.

5 “Pundits and food and meat processors have lamented this year’s rise in corn prices with little attention to the long-term declining trends in the real price of corn.

1 Issue Brief: The Impact of Ethanol Production on food , feed and Fuel Summer 2008 A Publication of Ethanol Across America For more than three decades, critics have tried to cast Ethanol as a food versus fuel . argument. The marketplace is a better indicator of grain supply and demand. Statistics simply don't bear out the dire predictions of those who say we must choose between fueling our cars and feeding people. We don't have to make a choice. We can do both. We must do both and we are. As we begin, let's recall why the Ethanol industry cornerstone for America's energy and economic was created in the first place. First, Congress wanted security as we continue to find ways to produce to create a domestic source of energy to help our own fuels and keep dollars at home.

2 The offset the negative economic Impact and energy profound effects of our nation's dependence on security issues related to imported oil. Second, imported oil are reverberating throughout our they wanted to add value to agricultural products economy impacting everything from gas prices and increase profitability for corn producers. to manufacturing to consumer spending. We've made significant progress in both areas. While increases in commodity prices pale in After years of cheap corn, American farmers are comparison with that of energy costs, there are finally seeing the fruits of their investment in the concerns about the effect of grain demand on food Ethanol industry as corn prices have surged. For supplies and food prices.

3 As the Ethanol industry 25 years, corn farmers have worked without grows, increased demand for corn will create getting a raise. Higher grain prices are creating challenges and opportunities for consumers, an economic engine for rural America that is livestock producers, policy makers and refiners. As re-energizing rural communities and reducing we navigate this sea change in agriculture, energy agricultural subsidies. and economics, these issues can be addressed without inciting emotion and distorted rhetoric. The Financial Times reported in May 2008 that the is starting to break its addiction to foreign oil Inside as high prices, more efficient cars, and the use of Ethanol significantly cut the share of its oil imports Introduction by Senator Ben Nelson.

4 2. for the first time since 1977. The country's foreign oil dependency is expected to fall from 60 percent The truth about food prices ..3. to 50 percent in 2015 . Meeting the demand for corn ..6. The implementation of the national Renewable Making more Ethanol from the same kernel of corn ..7. Fuels Standard (RFS) is a key factor in expansion of Ethanol use nationally. The RFS is also a critical Dear Friends: On behalf of my fellow Ethanol Across America board members, I am pleased to bring to your attention this Issue Brief on the Production of Ethanol from grain and the facts about its Impact on food prices. Ethanol Production is not about food vs. fuel. How much corn is in a box of corn flakes? The truth about food prices.

5 It's about food and fuel and feed . Ethanol critics have focused attention on the effect There is no question that grain prices have risen At a time of record gasoline prices and increasing When corn is used to make Ethanol , just a portion of increased corn use may have on food prices. It's a dramatically in recent months, but the effect on dependence on foreign, unstable sources of energy, the corn kernel is consumed and, in fact, much of legitimate issue, but must be put in context. consumer prices has not been as dire as many the continued development of alternative transportation the corn is returned to increase the world's supply predicted. The Commerce Department Consumer fuels like Ethanol is more important than ever.

6 But, of livestock feed and human food . First we need to make a distinction between the corn Price Index (CPI) released in April 2007 shows that like all resources, we need to make sound decisions on how we use the grain we produce so that we balance used for Ethanol and that used for food . Ethanol is from January 2006 to March 2007, a timeframe when the demands for the grain from food Production and The conversion of grain to Ethanol and other made from field corn, a grain grown on more than 99 corn prices nearly doubled, consumer food costs animal feeding with our goals for producing biofuel. co-products is relatively simple. The starch and percent of all corn acres. Most field corn is used for increased by less than average: percent compared This is a misunderstood issue that can sometimes be fiber are converted to Ethanol and a variety of livestock feed and Ethanol Production , while a small to the 25-year average of percent.

7 Emotional as well. As the information presented in other products, depending on the process used. portion is processed for corn cereal, cornstarch, corn this brief illustrates, however, we can meet the needs oil and other ingredients for human consumption. Several studies have shown that Ethanol /biofuel of both the energy and food sectors. As a Senator "A 28% reduction in oil prices would lower impacts on food prices are 2 to 4 percent of the from the Cornhusker state, I am acutely aware of Field corn is vastly different than the sweet corn 40 percent increase in prices globally, and about the needs of our cattle and pork producers as well as grain prices by 12%..removing mandates for people purchase fresh, frozen or canned as a vegetable percent of the 4 to 5 percent increase in food our grain farmers.

8 We have a vibrant and productive biofuel use would reduce grain prices by 1%." for eating. About 631,000 acres are used to grow sweet prices domestically. corn industry that is producing more than ever corn in the United States versus more than 90 million before, and doing so using less energy, less land OECD. and more conservation practices. It is important to acres used to raise field corn. Bottom line: The corn remember that the better corn prices received by we're using to make biofuels is not the corn that people Ethanol is not even the primary driver farmers help revitalize rural communities while, as Basically, one bushel of corn yields one-third its weight eat. Even the majority of our corn exports are used to in Ethanol ; one-third in high protein livestock feed of corn price increases; 75 percent of the this brief shows, having very little effect on the feed livestock, not for use as human food .

9 Prices consumers pay for food . (called distillers grains ); and one-third in carbon increase in corn prices occurred dioxide, which can be used for food and beverage The raw material in many products is a very small because of higher oil prices.. To complement the continued increase in the processing and industrial applications. Depending on portion of the cost paid by the consumer. According Wally Tyner, Purdue University Production of Ethanol , we are working hard to create the Ethanol Production process, a wide range of food to the United States Department of Agriculture opportunities for diversifying our biofuel Production products and ingredients used in pharmaceuticals and (USDA), the cost of food ingredients represents less by utilizing new feedstocks that range from specialty industrial applications is also created.

10 Than 20 percent of the price paid at the checkout An increase in grain prices will have a nominal effect energy crops to waste Ethanol is a bridge to many other sources, and this bridge is counter. This is especially true in food processing, on total household spending. But consider how the In essence, Ethanol plants are biorefineries that add particularly in the case of grains. cost of gasoline impacts consumer costs. When crude being built in a responsible manner. value to agricultural products and create greater diversity in oil moved from $55 per barrel in January 2006 to We welcome the thoughtful questions that have been terms of the products we can create from a kernel of corn. Farmers and livestock producers seldom own the more than $135 today, gasoline went from a national raised regarding Ethanol 's Impact on food and feed .

A Guide for Evaluating the Requirements of …

Developed by: The Clean Fuels Development Coalition and The Nebraska Ethanol Board In Cooperation with The U.S. Department of Agriculture Summer 2006

Development, Guide, Requirements, Evaluating, Guide for evaluating the requirements of 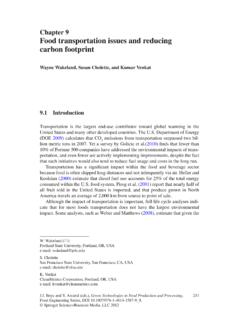 9 Food transportation issues and reducing carbon footprint 213 inbound logistics can require substantial energy use, it is considered part of the

The role of producer organizations in reducing … 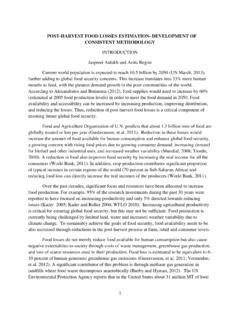 3 consuming available food before its expiry date, or taking serving sizes beyond’s one’s ability to consume. Food loss on the other hand, is the inadvertent loss in food quantity because of infrastructure and management limitations of a given food value chain.

2 EXECUTIVE SUMMARY The objective of this report is to analyze Kenya’s trade logistics performance. It looks tat issues such as cost and efficiency of international and national logistics services, or physical 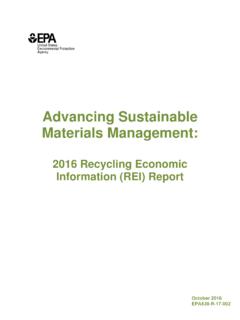 2016 EPA Recycling Economic Information (REI) Report 4 • Indirect activities associated with recycling, reuse and food donation include the activities involved in the value chain of the direct processes such as the collection, sorting and 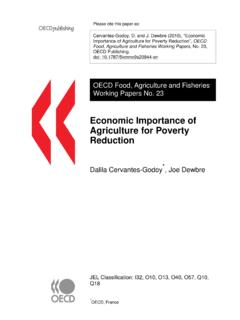 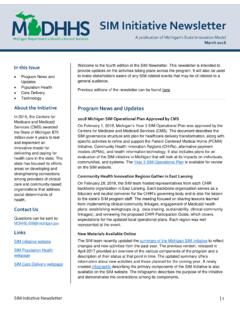