The impact of parental substance misuse on child …

The impact of parental substance misuse on child development 1 13/11/2013 12:22. They do love you but they have to put that (drugs) first it's an illness really . it's number one, the drug is definitely. That's something I've definitely had to accept to understand anything. However badly you want yourself to be number one to them, it'll never happen. Young person, aged 20 (Kroll and Taylor, 2008). Sometimes she's a parent, but then sometimes when she needs to do what she has to do, she's not there. Young person, aged 17 (Houmoller et al, 2011). 2 Research in Practice The impact of parental substance misuse on child development 2 13/11/2013 12:22. Key messages from research The main impact of parental substance misuse (PSM). on child development can be summarised as follows: In utero exposure to PSM often undermines drugs and alcohol may school performance and affect bonding, health and academic attainment.

1 The impact of parental substance misuse on child development 1 13/11/2013 12:22. They do love you but they have to put that (drugs) first it's an illness really . it's number one, the drug is definitely. That's something I've definitely had to accept to understand anything. However badly you want yourself to be number one to them, it'll never happen. Young person, aged 20 (Kroll and Taylor, 2008). Sometimes she's a parent, but then sometimes when she needs to do what she has to do, she's not there. Young person, aged 17 (Houmoller et al, 2011). 2 Research in Practice The impact of parental substance misuse on child development 2 13/11/2013 12:22. Key messages from research The main impact of parental substance misuse (PSM). on child development can be summarised as follows: In utero exposure to PSM often undermines drugs and alcohol may school performance and affect bonding, health and academic attainment.

2 development (short and long term). PSM can erode self-esteem, self-worth and confidence. PSM adversely affects attachment, family PSM reduces levels of safety dynamics and relationships. and oversight inside and outside the home. PSM significantly increases the risk of physical and PSM can provide a emotional neglect. problematic model for problem-solving. PSM is implicated in behavioural and mental There are a range of health problems in children protective factors that and young people. can promote resilience and reduce risk. 3. 3 13/11/2013 12:22. Introduction For the purpose of this briefing misuse ' is defined as use that leads to harm (social, physical and This briefing examines the degree to which PSM psychological) both to the user and others in their can affect children's physical and emotional orbit (Scoda, 1997).

3 Such problematic or harmful welfare at a range of levels. Whilst there is no behaviour does not necessarily imply (or rely on). suggestion that all children of parents who misuse addiction or dependence, although it may well do substances are automatically going to experience so (Forrester and Harwin, 2011). At the same time it developmental problems, this type of behaviour is important to distinguish between different levels can affect the extent to which children's needs, for both drug and alcohol use and their respective across the developmental domain, are met. impacts (for example Forrester, 2012). While it is important not to pathologise or label It is well established that PSM is a significant children it is equally important to identify those feature of social welfare professionals' caseloads.

4 Who are at risk and need help and support (Cleaver with neglect and emotional and physical abuse the et al, 2011). It is important to note that this is a most common concerns for children who are subject complex area of practice and this briefing can only to child protection plans. It is also one of the toxic provide an overview. It is designed to be used trio', often co-existing with domestic violence and alongside judgement, consultation with other mental health problems (Forrester and Harwin, professionals, supervision and training. 2011; Brandon et al, 2010). It is estimated that two million children and young Cleaver et al (2011) talk about the multiplicative'. people in the UK are affected by PSM (Manning impact of combined factors which significantly et al, 2009). Manning et al offer a more detailed increase the risk of harm to children and Brandon picture of the types of parental drinking and the et al (2012) observe that, in serious case reviews, relevant estimated numbers of parents in each it is more common for these features to exist in category.

5 They estimate that there are around combination than singly'. Research by Nair et al 300,000 children living with a harmful' drinking (1997; 2003) also suggests that there are specific parent, where alcohol misuse is defined as having risk factors that can work together with particularly consequences for parental physical and mental deleterious consequences and that disruption health, but with much higher figures for binge' or in care was highest when mothers were young, hazardous' drinking patterns. there were other children in foster care, heroin use Forrester (2012) suggests that one million children was frequent and mothers reported depressive reside with a parent with an alcohol problem'. symptoms' (Nair et al, 1997). Estimates for drug misusing parents indicate PSM also has a significant impact on the wider that 335, 000 children live in the UK with a drug family/kinship network and is linked to other social dependent parent (Manning et al, 2009).

6 Problems; notably criminal activities, poverty Figures linking PSM to child protection intervention and social exclusion. The link between substance vary from between 20 per cent where there was misuse and negative outcomes is complicated by a referral to children's services to 60 per cent at various psycho-social factors resulting in a web the child protection stage (Cleaver et al, 2011). of disadvantage' which can be difficult to unpick Forrester's (2000) sample of 50 families found that (Forrester and Harwin, 2006; Velleman and Orford, 52 per cent of these were on the CP register due 2001; Kroll and Taylor, 2003). to PSM. Devaney's (2008) study of child protection The substance use may have an impact on adult reports in Northern Ireland found that substance behaviour in general, on parenting in particular misuse by at least one adult was the primary and on parent/ child interaction.

7 Whether one or factor in registration. Brandon et al's (2012) review both parents or carers are using/drinking will also for 2009-2011 found that substance misuse was be a significant factor. The effects on children will mentioned in 42 per cent of families in serious case depend on their characteristics, personalities, reviews involving a child 's death or serious injury. 4 Research in Practice The impact of parental substance misuse on child development 4 13/11/2013 12:22. coping mechanisms and outside support systems. the subsequent withdrawal can place him/her at Family functioning and environmental factors will more risk (Ford and Hepburn, 1997; Hepburn, 2007). also be significant. Many people who use misuse drugs and/or alcohol The effects on children of any type of behaviour to may also be involved in a range of other risky which they are exposed will be influenced by their behaviours that may place them and their unborn chronological age, stage of development , degree of babies in jeopardy.

8 Smoking cannabis, often ignored vulnerability or resilience and the risks that may if other drugs seen as more dangerous are also be involved. What needs to be borne in mind are used, inevitably involves nicotine, itself a high the protective factors in the individual, the family risk drug in pregnancy particularly as spliffs'. and the community, as well as robust professional or joints are generally not filtered, increasing the support, that might sustain and support children nicotine's toxicity (Forrester, 2012). The combination and offset negative consequences posed by these of substances, together with the mother's diet, risks. These are outlined at the end of this briefing. engagement with ante-natal services and general health can therefore be a critical factor in foetal This frontline briefing begins with a consideration health and either mitigate or complicate the of the impact of substance misuse on the unborn potential harm that can be caused.

9 child . The seven dimensions of the child development domain in The Framework for the Assessment of Children in Need and their Specific risks and conditions Families' (Department of Health, 2000) will then be associated with PSM. considered in relation to the possible impact upon them of parental substance misuse . The main issues to consider are: Illegal drug use in pregnancy The impact of substance Neonatal Abstinence Syndrome misuse on the unborn child HIV and Hepatitis There is considerable research to suggest that Alcohol use in pregnancy alcohol and drug use, depending on its frequency Foetal Alcohol Spectrum Disorders (FASD). and severity, can have an adverse impact on the and Foetal Alcohol Syndrome (FAS). health and development of the growing baby . who is most vulnerable in the first twelve weeks Neonatal Abstinence Syndrome (NAS).

10 Of pregnancy (Cleaver et al, 2011; Forrester, 2012;. Hepburn, 2007). The type of substance , the stage This term refers to the effects of drug withdrawal of pregnancy, the way the substance is used or symptoms on babies exposed to substances in utero taken, the extent of the substance use and its (Rayns et al, 2011). duration, both over time and in terms of intensity, are all significant. Babies born physically dependent on opiates such as heroin develop symptoms between one and three Risks common to both drug and alcohol misuse days after birth, although this can sometimes be include increased risk of miscarriage, likelihood delayed. Symptomology is related to drug type and of premature birth, reduced birth weight, smaller degree of exposure, with poly drug use altering the head circumference at birth and an increased pattern of withdrawal (Johnson et al, 2003). 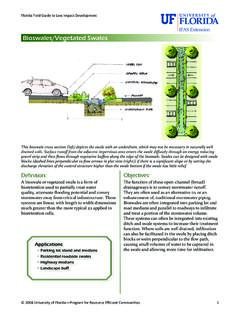 GROWTH AND DEVELOPMENT STRATEGY FOR …

Quantitative and qualitative methods in impact …

Unit 10: Monitoring and Evaluation - Food and …