THE ISRAEL LOBBY AND FOREIGN POLICY John J. Mearsheimer Department of Political Science University of Chicago Stephen M. Walt John F. Kennedy School of Government Harvard University March 2006 RWP06 011 The two authors of this Working Paper are solely responsible for the views expressed in it. As academic institutions, Harvard University and the University of Chicago do not take positions on the scholarship of individual faculty, and this article should not be interpreted or portrayed as reflecting the official position of either institution. An edited and reworked version of this paper was published in the London Review of Books Vol. 28, No.

Serial, Lobby, The israel lobby and

1 THE ISRAEL LOBBY AND FOREIGN POLICY John J. Mearsheimer Department of Political Science University of Chicago Stephen M. Walt John F. Kennedy School of Government Harvard University March 2006 RWP06 011 The two authors of this Working Paper are solely responsible for the views expressed in it. As academic institutions, Harvard University and the University of Chicago do not take positions on the scholarship of individual faculty, and this article should not be interpreted or portrayed as reflecting the official position of either institution. An edited and reworked version of this paper was published in the London Review of Books Vol. 28, No.

2 6 (March 23, 2006), and is available online at THE ISRAEL LOBBY AND FOREIGN POLICY FOREIGN POLICY shapes events in every corner of the globe. Nowhere is this truer than in the Middle East, a region of recurring instability and enormous strategic importance. Most recently, the Bush Administration's attempt to transform the region into a community of democracies has helped produce a resilient insurgency in Iraq, a sharp rise in world oil prices, and terrorist bombings in Madrid, London, and Amman. With so much at stake for so many, all countries need to understand the forces that drive Middle East POLICY . The national interest should be the primary object of American FOREIGN POLICY .

3 For the past several decades, however, and especially since the Six Day War in 1967, the centerpiece of Middle East POLICY has been its relationship with ISRAEL . The combination of unwavering support for ISRAEL and the related effort to spread democracy throughout the region has inflamed Arab and Islamic opinion and jeopardized security. This situation has no equal in American political history. Why has the United States been willing to set aside its own security in order to advance the interests of another state? One might assume that the bond between the two countries is based on shared strategic interests or compelling moral imperatives.

4 As we show below, however, neither of those explanations can account for the remarkable level of material and diplomatic support that the United States provides to ISRAEL . Instead, the overall thrust of POLICY in the region is due almost entirely to domestic politics, and especially to the activities of the ISRAEL LOBBY . Other special interest groups have managed to skew FOREIGN POLICY in directions they favored, but no LOBBY has managed to divert FOREIGN POLICY as far from what the American national interest would otherwise suggest, while simultaneously convincing Americans that and Israeli interests are essentially In the pages that follow, we describe how the LOBBY has accomplished this feat, and how its activities have shaped America's actions in this critical region.

5 Given the strategic importance of the Middle East and its potential impact on 1. others, both Americans and non Americans need to understand and address the LOBBY 's influence on POLICY . Some readers will find this analysis disturbing, but the facts recounted here are not in serious dispute among scholars. Indeed, our account relies heavily on the work of Israeli scholars and journalists, who deserve great credit for shedding light on these issues. We also rely on evidence provided by respected Israeli and international human rights organizations. Similarly, our claims about the LOBBY 's impact rely on testimony from the LOBBY 's own members, as well as testimony from politicians who have worked with them.

6 Readers may reject our conclusions, of course, but the evidence on which they rest is not controversial. THE GREAT BENEFACTOR Since the October War in 1973, Washington has provided ISRAEL with a level of support dwarfing the amounts provided to any other state. It has been the largest annual recipient of direct economic and military assistance since 1976 and the largest total recipient since World War II. Total direct aid to ISRAEL amounts to well over $140 billion in 2003 ISRAEL receives about $3 billion in direct FOREIGN assistance each year, which is roughly one fifth of America's FOREIGN aid budget. In per capita terms, the United States gives each Israeli a direct subsidy worth about $500 per This largesse is especially striking when one realizes that ISRAEL is now a wealthy industrial state with a per capita income roughly equal to South Korea or ISRAEL also gets other special deals from Other aid recipients get their money in quarterly installments, but ISRAEL receives its entire appropriation at the beginning of each fiscal year and thus earns extra interest.

7 Most recipients of American military assistance are required to spend all of it in the United States, but ISRAEL can use roughly twenty five percent of its aid allotment to subsidize its own defense industry. ISRAEL is the only recipient that does not have to account for how the aid is spent, an exemption that makes it virtually impossible to prevent the money from being used for purposes the United States opposes, like building settlements in the West Bank. Moreover, the United States has provided ISRAEL with nearly $3 billion to develop weapons systems like the Lavi aircraft that the Pentagon did not want or need, while giving ISRAEL access to top drawer weaponry like Blackhawk helicopters and F 16 jets.

8 Finally, the United States gives ISRAEL access to 2. intelligence that it denies its NATO allies and has turned a blind eye towards ISRAEL 's acquisition of nuclear In addition, Washington provides ISRAEL with consistent diplomatic support. Since 1982, the United States has vetoed 32 United Nations Security Council resolutions that were critical of ISRAEL , a number greater than the combined total of vetoes cast by all the other Security Council It also blocks Arab states' efforts to put ISRAEL 's nuclear arsenal on the International Atomic Energy Agency's The United States also comes to ISRAEL 's rescue in wartime and takes its side when negotiating peace.

9 The Nixon Administration re supplied ISRAEL during the October War and protected ISRAEL from the threat of Soviet intervention. Washington was deeply involved in the negotiations that ended that war as well as the lengthy step by step process that followed, just as it played a key role in the negotiations that preceded and followed the 1993 Oslo There were occasional frictions between and Israeli officials in both cases, but the United States coordinated its positions closely with ISRAEL and consistently backed the Israeli approach to the negotiations. Indeed, one American participant at Camp David (2000) later said, far too often, we functioned.

10 As ISRAEL 's lawyer. 10 As discussed below, Washington has given ISRAEL wide latitude in dealing with the occupied territories (the West Bank and Gaza Strip), even when its actions were at odds with stated POLICY . Moreover, the Bush Administration's ambitious strategy to transform the Middle East beginning with the invasion of Iraq is at least partly intended to improve ISRAEL 's strategic situation. Apart from wartime alliances, it is hard to think of another instance where one country has provided another with a similar level of material and diplomatic support for such an extended period. America's support for ISRAEL is, in short, unique. This extraordinary generosity might be understandable if ISRAEL were a vital strategic asset or if there were a compelling moral case for sustained backing.

powers need money, technology, and personnel to build military forces and to fight wars, and a state’s latent power refers to the raw potential it can draw on when competing with 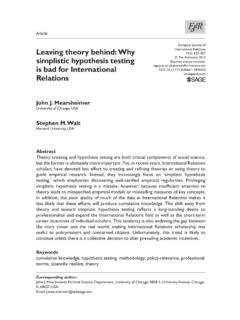 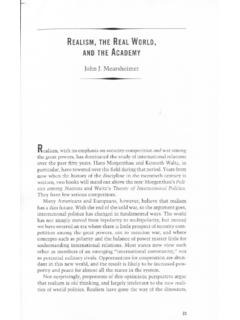 REALISM, THE REAL WORLD, AND THE ACADEMY John J. Mearsheimer ealism, with its emphasis on security competition and war among the great powers, has dominated the study of international relations 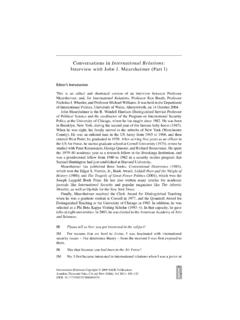 Conversations in International Relations Interview with ...

Politics among Nations in graduate school (or I have no memory of reading it!) and Waltz’s great book did not come out until after I had finished my Ph.D. exams and was embarked on my dissertation.

3 Statements That Can Change the World: Mission …

3 Statements That Can Change the World: Mission / Vision / Values From the FREE Library at Help4NonProfits.com

Change, Testament, That, 3 statements that can change the 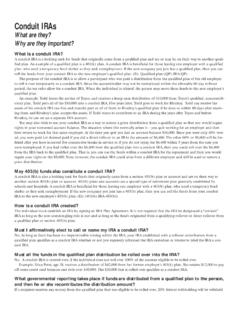 Is there a minimum time restriction? No.Funds can sit in a conduit IRA for 8 days, 35 days, 75 days or 9 months and still qualify to be rolled over to another qualified plan