The Jewish Roots of the Mass

The Jewish Roots of the mass by Brant Pitre, PhD, Notre Dame Seminary, New Orleans understand Christian liturgy, we must Introduction first understand Jewish liturgy (CCC, no. 1096). One of the most common questions In this article, we will take a brief asked during liturgical and sacramental tour of ancient Jewish practices and catechesis is this: Why do Catholics do beliefs that lie at the Roots of the that? In other words, what are the present-day Catholic mass . Although Roots of Catholic liturgical worship? there are many parallels between What are the Roots of the sacraments?

The Jewish Roots of the Mass by Brant Pitre, PhD, Notre Dame Seminary, New Orleans Introduction One of the most common questions asked during liturgical and …

Mass, Root, Jewish, The jewish roots of the mass

1 The Jewish Roots of the mass by Brant Pitre, PhD, Notre Dame Seminary, New Orleans understand Christian liturgy, we must Introduction first understand Jewish liturgy (CCC, no. 1096). One of the most common questions In this article, we will take a brief asked during liturgical and sacramental tour of ancient Jewish practices and catechesis is this: Why do Catholics do beliefs that lie at the Roots of the that? In other words, what are the present-day Catholic mass . Although Roots of Catholic liturgical worship? there are many parallels between What are the Roots of the sacraments?

2 Ancient Jewish liturgy and the mass , for Where does Catholic worship come our purposes here, we will focus on just from, and what light might its origins two: the Jewish Passover and the Jewish shine on its present day meaning? hope for the new manna of the Messiah. One of the most fascinating ways of Both these aspects of ancient Jewish answering such questions is to reach practice and belief can shed light on back to the biblical foundations of the Catholic eucharistic practice and belief, mass . In fact, to properly understand revealing that there is much more in the eucharistic faith and practice of common between ancient Judaism and Christianity, one has to go back not only present-day Catholicism than there to the New Testament, but also to the might seem at first glance.

3 Old Testament and ancient Jewish practice and belief. As the Catechism of the Catholic Church teaches, A better The New Passover knowledge of the Jewish people's faith To understand the connections and religious life as professed and lived between the Jewish Passover and the even now can help our better Catholic mass , it is important to understanding of certain aspects of distinguish between the Passover in Christian liturgy (Catechism of the Jewish Scripture (what Christians call Catholic Church [CCC], 2nd ed. the Old Testament) and in ancient [Washington, DC: Libreria Editrice Jewish Tradition.)]

4 Vaticana United States Conference of In the Old Testament, the biblical Catholic Bishops, 2000], no. 1096). This Passover is described in great detail in is true because the history of Exodus 12. Here, we find that the feast salvation not only of Christ and the of Passover (Hebrew pesah; Greek Church, but also of the Church's liturgy pascha) originates in the famous story and sacramental economy is of the final plague against Egypt at the prefigured in the Old Covenant (CCC, time of Moses when God slew all no. 1093). In other words, to firstborn Egyptian males.

5 To deliver the from the earth. Blessed are you, O. people of God from slavery, God sends Lord our God, King of the Universe, who the destroying angel to put to death the creates the fruit of the vine.. firstborn sons of any family that does Anyone familiar with the blessings not perform the solemn ritual of the over the bread and wine at mass will Passover sacrifice. This Passover ritual immediately see how these ancient consists of several key steps: (1) Jewish blessings are almost identical to sacrifice a year-old unblemished male what the priest says in mass today lamb, (2) dip a branch of hyssop in the (compare the Offertory).

6 This is blood of the lamb, (3) spread the blood particularly significant if, as seems of the lamb on the doorposts and lintels likely, these ancient Jewish blessings of the home as a sign, and (4) eat the are the ones that Jesus himself spoke at lamb (Ex 12:1-14). It is important to the Last Supper when he took the bread, emphasize here the fourth step: In the blessed it, and gave it to the disciples Old Testament, the Passover ritual is (Mt 26:26; Mk 14:22). not completed by the death of the In addition to this connection, sacrificial lamb. It is completed when Jewish tradition also mandated that the Israelites eat the flesh of the lamb during the Passover meal the son would that is slain so that they might be ask the father of the family a question: delivered from bondage in Egypt and, Why is this night different from other ultimately, from death (Ex 12:8).

7 Nights? To this, the father would Moreover, once the sacrifice is respond: This is because of what the completed, God commands that the LORD did for me when I came out of Passover be celebrated every year in Egypt (Ex 13:8; emphasis added). In the spring as a memorial of the other words, Jewish tradition saw the deliverance won for the people of God Passover sacrifice and the Passover (Ex 12:14). meal as making them spiritual In ancient Jewish tradition, the participants in the first Passover night, biblical Passover developed and no matter how many centuries had underwent certain changes and passed since the original Exodus.

8 God's additions. For one thing, the eating of original act of deliverance was the Passover lamb and unleavened somehow made present through the bread was accompanied by the drinking Passover liturgy. of multiple cups of wine; four, to be With Jewish Scripture and tradition exact. The collection of ancient Jewish in mind, we can see clearly how it is traditions known as the Mishnah that the first Christians who were records some of these developments Jewish Christians understood the Last (see Mishnah, Pesahim [Passover] 10). Supper and the Christian Eucharist.

9 As part of the celebration of the Above all, they recognized that the Passover meal, the father of the Eucharist was the new Passover, in household would say the following which Jesus had replaced the flesh and blessings over the Passover bread and blood of the old Passover lamb with his wine (see Mishnah, Berakoth own flesh and blood. Like the old [Blessings] 6:1): Blessed are you, O Passover, which is celebrated as a Lord our God, who brings forth bread memorial feast (Ex 12:14), Jesus says 2. to his disciples, Do this in ancient hope for new manna from remembrance [Greek anamnesin] of me heaven.

10 The Jewish manna tradition is (1 Cor 11:24). Christians of every an important key to understanding the century participate in this one new Eucharist both in the New Testament Passover, which is re-presented at and the present-day mass . every single mass . As the Catechism In the Old Testament, the manna is teaches, When the Church celebrates first described in Exodus 16. In the the Eucharist, she commemorates desert, the twelve tribes of Israel cry Christ's Passover, and it is made out for food, and God responds by present: the sacrifice Christ offered saying, I will now rain down bread once for all on the cross remains ever from heaven for you (Ex 16:4). 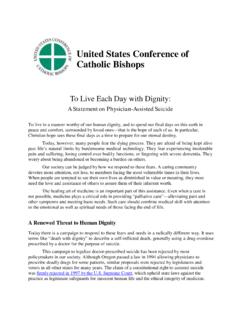 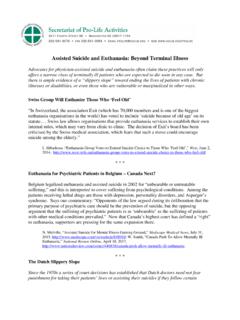 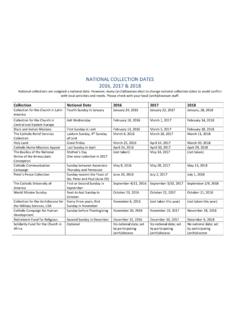 The Weekly Magazine for the Jewish Woman … 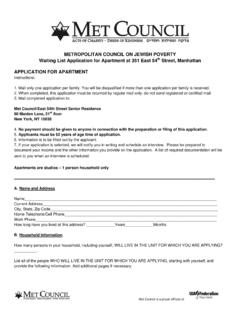 Brief History of Israel and the Jewish People

The Jewish Wedding System and the Bride of Christ

18 Understanding the Bride of Christ Most likely, the parable of the ten virgins reveals the meaning of this shout and accompanying trumpet blast.

System, The jewish wedding system and the, Jewish, Wedding

3 the term "son" with "Son", an action that enhances the Christological appeal of this psalm ("Son" is also used as part of the revision in Psalms 2:12).In addition, tenses

Where, Sampl, Kiss, Psalms kiss the son where is

Jewish, Home, METROPOLITAN COUNCIL ON JEWISH POVERTY, Brief History of Israel and the Jewish People, The Jewish Wedding System and the, PSALMS KISS THE SON WHERE IS, Holocaust Literature: Novels and Short Stories