2 13. When amendments of bye-laws come into force. 14. Amalgamation, transfer of assets and liabilities and division of CO-OPERATIVE SOCIETIES . Co- operative SOCIETIES [1959: KAR. ACT 11 2. 14A. Omitted. 14B. Registrar to prepare scheme for amalgamation of CO-OPERATIVE banks in certain areas. 14C. Liability of CO-OPERATIVE bank to the Deposit Insurance Corporation. 15. Cancellation of registration certificates of CO-OPERATIVE SOCIETIES in certain cases. CHAPTER III. MEMBERS OF CO-OPERATIVE SOCIETIES AND THEIR RIGHTS AND LIABILITIES. 16. Persons who may become members. 17. Disqualification for membership. 18. Nominal or associate members. 2. 18A. Cessation of Membership. 19. Member not to exercise rights till due payment made. 20. Votes of members. 21. Manner of exercising vote. 22. Omitted. 23. Restrictions on transfers of shares or interest. 23A. Refund of value of share. 24. Transfer of interest on death of member.]

8 72. Winding up of CO-OPERATIVE SOCIETIES . 72A. Winding up of a CO-OPERATIVE bank if so, required by the Reserve Bank. 5. 72B. Reimbursement to the Deposit Insurance Corporation by the Liquidators. 73. Liquidator. 74. Powers of Liquidator. 75. Cancellation of registration of a CO-OPERATIVE society. CHAPTER XI. AGRICULTURE AND RURAL DEVELOPMENT BANKS. 76. Definitions. 76A. Application of Chapter to Agriculture and Rural Development Banks. 76B. State and other Agriculture and Rural Development Banks. 77. Appointment of Trustee and his powers and functions. 78. Trustee to be a corporation sole. 79. Issue of debentures. 80. Charge of debenture holders on certain properties. 81. Guarantee by State Government of principal of, and interest on, debentures. 82. Other guarantees by State Government. 82A. Powers of Agriculture and Rural Development Banks to advance loans and to hold lands. 82B. Mode of dealing with applications for loans.

10 89B. Disposal of sale-proceeds. 89C. Certificate to purchase, delivery of property and title of purchase. 89D. Recovery of loans on certificate by Registrar. 89E. Deputy Commissioner to make recoveries during a certain period. 89F. Officers of banks not to bid at sales. 89G. Section 40 of Bombay Act 28 of 1947 not to apply to alienation in favour of Agriculture and Rural Development Banks. 89H. Provision for Guarantee Funds to meet certain losses. 6. 90. Powers of Agriculture and Rural Development Bank where mortgaged property is destroyed or security becomes insufficient. 91. Power of Board or of Trustee to distrain and sell property, etc. 92. Title of purchaser not to be questioned on the ground of irregularity, etc. 93. Mortgage not to be questioned on insolvency of mortgagor. 94. Appointment of receiver and his powers. 95. Mortgagor's powers to lease. 96. Delegation of certain powers by Board. CO-OPERATIVE SOCIETIES [1959: KAR.] 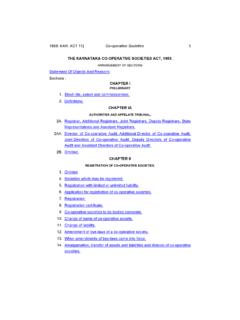 6 Co-operative Societies [1959: KAR.ACT 11 71A. Powers of financing bank to proceed against members of a co-operative society for the recovery of money due to it from such society. 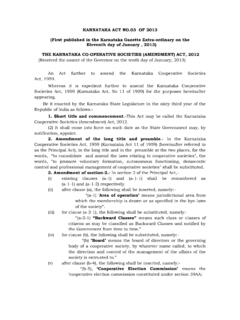 KARNATAKA ACT NO.03 OF 2013 (First published in the Karnataka Gazette Extra-ordinary on the Eleventh day of January , 2013) THE KARNATAKA CO-OPERATIVE SOCIETIES (AMENDMENT) ACT, 2012 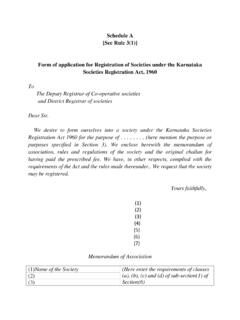 Schedule A {See Rule 3(1)} Form of application for Registration of Societies under the Karnataka Societies Registration Act, 1960 To The Deputy Registrar of Co-operative societies 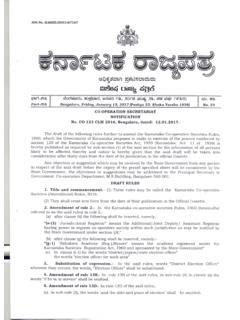 (b) for sub-rule (3), the following shall be substituted, namely : " (3) The Election Officer shall take steps for publication of voters list in the following 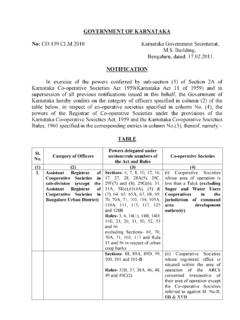 Department of Trade and Industry A Co-operative Development Policy for South Africa 6 • Improve communication between government and the co-operative movement. 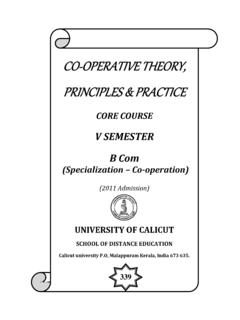 Promoting an Integrated Co-operative Sector in South Africa . 2012 – 2022. the dti Integrated Strategy on the Development and Promotion of Co-operatives 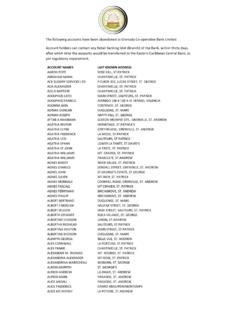 The following accounts have been abandoned at …

The following accounts have been abandoned at Grenada Co-operative Bank Limited. Account holders can contact any Retail Banking Unit (Branch) of … 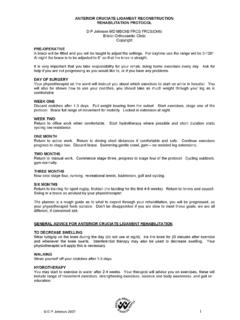