The Knight in Rusty Armor This is a lighthearted tale of a desperate Knight in search of his true self. His journey reflects our own - filled with hope and despair, belief and disillusionment, laughter and tears. Anyone who has ever struggled with the meaning of life and love will discover profound wisdom and truth as this delightful fantasy unfolds. The Knight is an experience that will expand your mind, touch your heart, andnourish your soul. The first chapter sets up the story, and from there, it's hard to stop reading this short story. This book is short and simple; I finished it in just 30 minutes. But those 42 pages are amazingly written with hundreds of resourceful inspiration.

- 1 - Robert Fisher’s Knight in Rusty Armor HitmanSystem.com – Solusi Romansa #1 di Indonesia “This book is short and simple; I finished it in just 30 minutes.

1 The Knight in Rusty Armor This is a lighthearted tale of a desperate Knight in search of his true self. His journey reflects our own - filled with hope and despair, belief and disillusionment, laughter and tears. Anyone who has ever struggled with the meaning of life and love will discover profound wisdom and truth as this delightful fantasy unfolds. The Knight is an experience that will expand your mind, touch your heart, andnourish your soul. The first chapter sets up the story, and from there, it's hard to stop reading this short story. This book is short and simple; I finished it in just 30 minutes. But those 42 pages are amazingly written with hundreds of resourceful inspiration.

2 Superbly crazy. Jet Veetlev A must read for glossy wannabees. Kei Savourie Another top recommended book after God's Debris for those who eager to double, or even triple, their personal glossified quality. A very spiritually transformational work. Lex dePraxis Punchlines! Punchlines! Punchlines! Raytheon It smacked right on my face. Ancoll Beyond speechless, a never ending glossification. Green This book is fuckingly impressive. I love this book and i read this book twice. Sins Aeschylus I know that every man who reads this book will see himself in this book. And I hope that they will pay close attention to this story about a man who learned that he does not have to prove to others that he is good, loving and kind.

3 Carmen Certainly, this is written in a most unique form of an easy reading jouney of self-realization that one wants to re-read again and again! The spice of humor interjecting throughout, is perfectly punctuated. Personal insight that the reader gleans from this remarkable format is self-revealing and powerful. You cannot help but recognize yourself and cry, breathe deeply and laugh! Lapson A book written in the simple language of the wise. No need for grandiose words. But it will go direct to the heart of those who are seeking higher meaning in life. Answers to our loneliness, anguish and fears. If one is daring enough will pick up the challenge: tear down your armour and be yourself, then you will love and receive love.

4 Great reading material for teens who try to be part of the for all ages! Cusso -1- Robert fisher 's Knight in Rusty Armor Solusi Romansa #1 di Indonesia Chapter 1. The Knight 's Dilemma Once a long time ago, in a land far away, there lived a Knight who thought of himself as good, kind, and loving. He did all the things that good, kind and loving knights do. He fought foes who were bad, mean and hateful. He slew dragons and rescued fair damsels in distress. When the Knight business was slow, he had the annoying habit of rescuing damsels even if they did not want to be rescued, so, although many ladies were grateful to him, just as many were furious with him.

5 This he accepted philosophically. After all, one can't please everybody. This Knight was famous for his Armor . It reflected such bright rays of light that villagers would swear they had seen the sun rise in the north or set in the east when the Knight rode off to battle. And he rode off to battle frequently. At the mere mention of a crusade, the Knight would eagerly don his shining Armor , mount his horse, and ride off in any direction. So eager was he, in fact, that sometimes he would ride off in several directions at once, which was no easy feat. For years this Knight strove to be the number one Knight in all the kingdom.

6 There was always another battle to be won, dragon to be slain, or damsel to be rescued. The Knight had a faithful and somewhat tolerant wife, Juliet, who wrote beautiful poetry, said clever things, and had a penchant for wine. He also had a young, golden-haired son, Christopher, who he hoped would grow up to be a courageous Knight . Juliet and Christopher saw little of the Knight , because when not fighting battles, slaying dragons, and rescuing damsels, he was occupied with trying on his Armor and admiring its brilliance. As time went on, the Knight became so enamored of his Armor that he began wearing it to dinner and often to bed.

7 After a time, he didn't bother to take it off at all. Gradually his family forgot how he looked without it. Occasionally, Christopher would ask his mother what his father looked like. When this happened, Juliet would lead the boy to the fireplace and point above it to a portait of the Knight . "There's your father," she would sigh. One afternoon, while contemplating the portait, Christopher said to his mother, "I wish I. could see Father in person.". "You can't have everything!" snapped Juliet. She was growing impatient with having only a painting to remind her of her husband's face, and she was tired from having her sleep distrubed by the clanking of Armor .

8 When he was at home and not completely preoccupied with his Armor , the Knight usually delivered monologues on his exploits. Juliet and Christopher were seldom able to get a word in edgewise. When they did, the Knight shut it out either by closing his visor or by abruptly going to sleep. -2- Robert fisher 's Knight in Rusty Armor Solusi Romansa #1 di Indonesia One day, Juliet confronted her husband. "I think you love your Armor more than you love me.". "That's not true," answered the Knight . "Didn't I love you enough to rescue you from that dragon and set you up in this classy castle with wall-to-wall stones?

9 ". "What you loved," said Juliet, peering through his visor so that she could see his eyes, "was the idea of rescuing me. You didn't really love me then, and you don't really love me now.". "I do love you," insisted the Knight , hugging her clumsily in his cold, stiff Armor and nearly breaking her ribs. "Then take off that Armor so that I can see who you really are!" she demanded. "I can't take it off. I have to be ready to mount my horse and ride off in any direction,". explained the Knight . "If you don't take off that Armor , I'm taking Christopher, getting on my horse, and riding out of your life.". Well, this was a real blow to the Knight .

10 He didn't want Juliet to leave. He loved his wife and his son and his classy castle, but he also loved his Armor because it showed everyone who he was - a good, kind, and loving Knight . Why didn't Juliet realize that he was any of these things? The Knight was in turmoil. Finally he came to a decision. continuing to wear the Armor wasn't worth losing Juliet and Christopher. Reluctantly, the Knight reached up to remove his helmet, but it didn't budge! He pulled harder. It held fast. Dismayed, he tried lifting his visor but, alas, that was stuck, too. Though he tugged on the visor again and again, nothing happened. 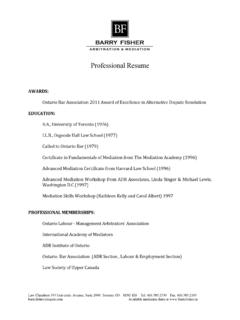 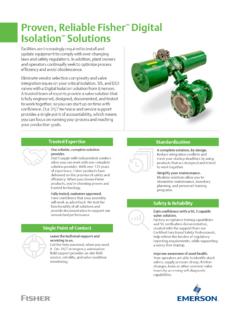 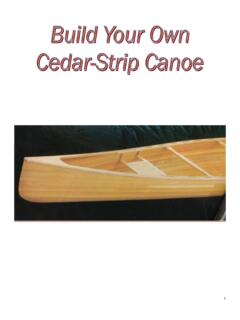 Cedar-Strip Canoe One of the most beautiful and desired canoes is the cedar-strip canoe. Until now you either had to pay someone upwards of $3000 to build you one, or wrestle your way through 300

34. Handbook on Human Services Administration,edited by Jack Rabin and Marcia B. Steinhauer 36. Ethics for Bureaucrats: An Essay on Law and Values, Second Edition, 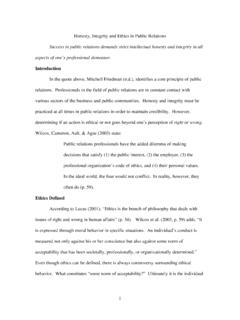