1 I. INTRODUCTION The ownership, control and management of property in a marriage situation or under circumstances akin to marriage has evolved as one of the most critical and controversial areas in gender research and development.

2 (i) Testate Succession 13. (ii) Intestate Succession 14. (iii) Women in Levirate Unions 17. (iv) Cohabitees 18. VI. Conclusion 18. List of Statutes 20. List of Cases 20. List of Books 21. List of Articles 22. ii I. introduction . The ownership, control and management of property in a marriage situation or under circumstances akin to marriage has evolved as one of the most critical and controversial areas in gender research and development. In Kenya the institutions of marriage and Succession are closely intertwined. Indeed until July 1, 1981 when the Law of Succession Act (Cap. 160 of the Laws of Kenya ) came into force, the applicable law of Succession followed the marriage system in question. Because there are four marriage systems in Kenya , namely; tradi- tional African, Civil or Christian, Mohammedan and Hindu, there have been strong representations that these marriage systems be integrated.

3 However, this has not been done. Although the Law of Succession Act was intended to introduce an integrated system of Succession , a conces- sion made for Muslims in 1990 creates a dual system of successions in theory at least (different ethnicities also use their customary laws to settle matters of Succession which means that we have multiple laws of Succession despite the promulgation of the Act). The institution of Succession has come to grips with at least three pressures and On the one hand, there are pressures for modernizing (westernizing) the law, practice, and procedures relating to Succession . The modernization agenda is as old as colonialism. Despite the fact that the colonial state promoted Western ideals more often through marriage rather than through succession2, the inextricable link between the two always ensured that the Western principles and ideas of marriage and the family were smuggled into tribunals concerned with Succession .

4 For instance, the one-wife ideology embodied in colonial marriage legislation eventually caught up with women and children who could not claim property unlike the rst wives or children of such wives where the man had initially undergone a Christian or civil marriage ceremony (In the Matter of the Estate of Ruenji High Court of Kenya at Nairobi, Miscellaneous Civil Case 136 of 1975 reported in (1977), Law Society Digest Part II and Re Ogollas' Estate (1978) ). The second important pressure on the institution of Succession relates closely to the role of the Kenyan state in property management and Succession . The state is involved in Succession in numerous ways and capaci- ties. Firstly, the state provides administration of a deceased person's estate through the Public Trustee in the Attorney-General's Chambers where no executor or administrator has been appointed under a Will or by the High Court.

5 Secondly, the state provides the forum (courts and relevant state and quasi-state tribunals) in which Succession disputes are contested, lost and/or won. Thirdly, the state in certain cases provides welfare services of a proprietary nature to parties in a relationship which faces dif culties. The services are more pronounced with regard to children, especially orphans. Widows and other less advantaged women get more attention from non-governmental organisations than from government. In light of the foregoing, it is safe to conclude that the institution of Succession and property management would, to a large extent, as much depend on the ideological persuasion of the state as it would depend on the quantum and quality of resources available to the state. Kenya belongs to the category of the poorer states in which welfare programmes attract only limited This has as much to do with limited resources as it has to do with the belief in and pursuit of capitalism and the attendant development of free market forces as formerly espoused by the colonial government and as pursued by the post-independence rulers.

6 Moreover, the Kenya state cannot be easily categorized as belonging to the gender sensitive group. There are certainly no laudable policy and legislative programmes, in practical terms, aimed at ensuring gender equity and social justice in the ownership, management and control of property whether within marriage or under conditions closely related to the state of Indeed Section 82 of the Constitution which permits 1. discrimination on the basis of sex in matters regarding Succession , that is, devolution of property on death or other matters of personal law (Section 82(4)(b) negates any measures aimed at achieving justice in the distri- bution of matrimonial property . A third pressure on Succession matters arises from what is regarded as the dichotomy or continuum between traditional African and western approaches to Succession . Mainstream western jurisprudence locates matrimo- nial property within the narrow con nes of the family, the family being de ned in terms reminiscent of Hyde v.)

7 Hyde [1861-73] ALL 175) to consist of the man, one wife and the children of the marriage. In Kenya , customary law and practice has always de ned and regarded the family in more expansive terms. Matrimonial property in African customary law is managed and controlled in a manner that bene ts the ex- tended family. The divergence and dichotomy between African and western approaches is so obvious that it has perhaps attracted excessive emphasis and attention. As a result, traditional African practices on Succession are always referred to in terms that suggest that they are desuetude. It will be noticed that whereas western family and Succession laws and practices have been entrenched in practice and through legislation, traditional African practices have persisted in certain areas and in the process given rise to a continuum rather than a dichotomy. While many Kenyans undergo Christian Marriages (under the African Christian Marriage and Divorce Act ) or Civil Marriage (under the Marriage Act Cap.

8 150). which are monogamous and in which subsequent women and children begotten outside that marriage would be concubines and illegitimate respectively, the problem has been addressed through legislative intervention. By an amendment introducing section 3(5) to the law of Succession Act, the subsequent women and children under such marriage are now to be regarded as wives and the children as legitimate for purpose of succeed- ing the man, thanks to traditional African perception of marriage and Succession . Moreover, the continuum becomes even clearer on considering the fact that like other jurisdictions, Kenya is coming to grips with issues relating to the wife's equity in the matrimonial home and the quanti cation and distribution of the spouse's contribution (direct or otherwise) to matrimonial property among others (Married Women's property Act 1882, of England; Mary Anne Matanu Kivuitu Vs Samuel Mutua Kivuitu (1991/92 - Kenya Appeal Reports: 241).

9 Justice of Appeal Gachuhi remarked in Kivuitu's case that The time when an African woman was presumed to own nothing at all, and all she owned belonged to her husband and was regarded as a chattel of her husband has long gone ( ). This booklet addresses the question of Succession or inheritance vis- -vis the Kenya woman. It gives an account of the historical background to the laws of Succession in this country, namely; Customary, Moslem, Hindu and Common Law. It also examines the link between marriage and Succession and land law and Succession . II. De nition Succession or inheritance may be de ned as the devolution of title to property under the law of descent and distribution (Black's Law Dictionary, 5th Edition). Succession would exclude those who take by deed, grant or any form of purchase contract. 2. It has been contended by certain scholars that Succession , especially in most African customary laws, denotes the passage not only of property of the deceased but also obligations to which he/she was subject and the status he/she held in society.

10 The heir has to step into the shoes of the deceased in so far as duties to his/her depen- dants are concerned in addition to and as a consequence of being vested with the property . In addition to this, the heir holds on behalf of all entitled to a share of the deceased's estate. He does not take absolutely. This leads to our contention that the term Succession is probably more apt than inheritance especially in a discussion on customary inheritance practices. We will, however, use the two terms to mean the same thing in this booklet. III. A: History of the Laws of Inheritance in Kenya Kenya has a multiplicity of laws governing inheritance. Despite the fact that all groups recognize inheritance as one way of passing on property or acquiring the same, there is no consensus as to how this is to be done. The fact that law of inheritance serves different purposes in different communities accounts for the diversity of the laws on inheritance.

Law Research Centre WATER LAW IN INDIA ... In India, water law is made of ... This is in large part due to the fact the colonial government saw the promotion of ... 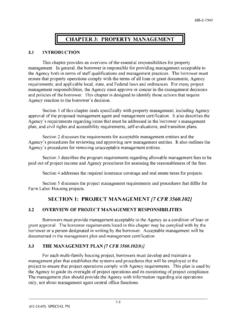 CHAPTER 3: PROPERTY MANAGEMENT 3.1 INTRODUCTION This chapter provides an overview of the essential responsibilities for property management. 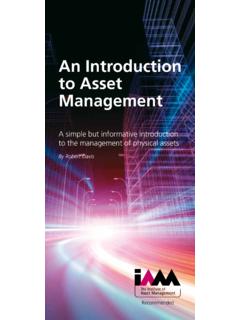 An Introduction to Asset Management - hvds.co.nz

2 An Introduction to Asset Management A simple but informative introduction to the management of physical assets By Robert Davis We are all asset managers. 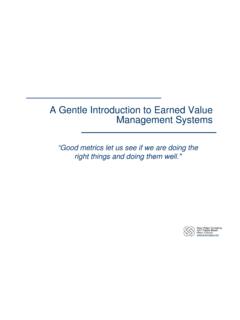 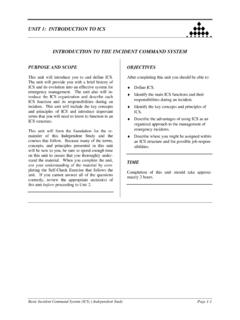 UNIT 1: INTRODUCTION TO ICS Basic Incident Command System (ICS) ) Independent Study Page 1-1 INTRODUCTION TO THE INCIDENT COMMAND SYSTEM PURPOSE AND SCOPE This unit will introduce you to and define ICS.