Wolpe Trust Transcript 23 September 2008 SPEAKERS AND TOPIC The Legacy of President Thabo mbeki s Foreign Policy SPEAKER DR CHRIS LANDSBERG Dr. Chris Landsberg is Professor in the Department of Politics at the University of Johannesburg and specializes in International Public Policy and Foreign Policy Analysis. His specialist fields of areas include South African Foreign Policy; African Public Policy; and Policy Studies. He was Director of the Centre for Policy Studies in Johannesburg from 2002-2007, and is a Co-founder of the Centre for Africa s International Relations at the University of the Witwatersrand. He was educated at RAU (now UJ), Rhodes University and Oxford University. He holds M. Phil and Ph. D degrees in International Relations from Oxford University, where he studies as a Rhodes Scholar and a Chievening Scholar.

1 Wolpe Trust Transcript 23 September 2008 SPEAKERS AND TOPIC The Legacy of President Thabo mbeki s Foreign Policy SPEAKER DR CHRIS LANDSBERG Dr. Chris Landsberg is Professor in the Department of Politics at the University of Johannesburg and specializes in International Public Policy and Foreign Policy Analysis. His specialist fields of areas include South African Foreign Policy; African Public Policy; and Policy Studies. He was Director of the Centre for Policy Studies in Johannesburg from 2002-2007, and is a Co-founder of the Centre for Africa s International Relations at the University of the Witwatersrand. He was educated at RAU (now UJ), Rhodes University and Oxford University. He holds M. Phil and Ph. D degrees in International Relations from Oxford University, where he studies as a Rhodes Scholar and a Chievening Scholar.

2 During 1999-2000 he was a Hamburg Visiting Fellow at Stanford University s Centre for International Security and Co-operation in California. He is a Visiting Professor at the Foreign Service Institute of the Department of Foreign Affairs, and works closely with the African Union Commission in Addis Ababa. RESPONDENT PROF ROBERT SCHRIRE Prof Robert Schrire has completed a BCom (Economics) degree at UCT, a Masters degree from the School of International Service, American University, Washington DC, and a PHD from the University of California. He also completed graduate studies in Economics at Columbia University. His research interests are in the fields of South African politics and international relations. His most recent publication is Theories of International Relations, World Encyclopedia of Knowledge, UNESCO, London.

3 He teaches graduate and undergraduate courses in international organisation and rational choice theories. Introduction Annmarie Wolpe: Welcome to all of you. We have a stunning evening planned for tonight. Adekeye Adebajo is coming from some other function to chair. We are short of money, so I d like to say thank you to Butlers for the pizzas we get from them. Regarding the topic, we couldn t have had better timing. It is with great pleasure that I am able to say that we have two people with opposing points of view on this issue. Both of them have been on radio and television. It should be an interesting and fascinating evening. You don t need their backgrounds, so lets just get going. Chris Landsberg: Three weeks ago I got a call from Annmarie asking what the topic for tonight should be.

4 I said that we should do a topic on mbeki s Foreign policy Legacy . Clearly I knew exactly what was going to happen. What I d like to present tonight is a lecture on President mbeki s Foreign policy Legacy . I want you to think about unfolding events. I want to start there and examine the Foreign policy experience in which mbeki was involved. Yesterday in New York, the chair of the AU was asked to respond to the dramatic developments which prevented his friend, mbeki , from leaving the tarmac. When asked what he thinks of mbeki , he said that mbeki s resignation will be a setback for progress in Africa. He said that mbeki is the man that brought the African Union the African renaissance. He also brought regulations and rules to the AU. I m going to use that in my talk tonight.

5 Before that, I d like to say something about the events in the last week. mbeki and his former friend Obasanjo were instrumental in 1999 in introducing the doctrine of the yellow card and the red card into the OAU. If there is an unconstitutional change of government in Africa, we ll first wave the yellow card and ask those responsible for the coup to restore democratic rule. If they don t, we ll wave the red card. This results in punitive measures like economic sanctions. Has mbeki been a victim of unconstitutional action in South Africa? He has launched two cases in the Constitutional Court, one in his personal capacity and one in his presidential capacity, to test validity of judgment made week ago. Don t be surprised if another court comes to a different conclusion from Nicholson.

6 If so, we re really in a mess. Given the events that unfolded after the judgment, there will be talk of a coup d etat. There was an SMS that was sent out after the NEC meeting and that gave a detailed communication of how mbeki was about to fall. Dealing with mbeki s Foreign policy Legacy , I d like to talk about three things: firstly, his leadership style; secondly, his use of institutions; thirdly, I think that there has been a logic to mbeki s Foreign policy, to the way he went about executing it. Quoting Kissinger, Foreign policy is an extension of domestic policy and one begins where the other ends. I d first like to compare the leadership styles of Mandela and mbeki . Mandela has said that mbeki is an enigma. I, on the other hand, think he s one of most predictable politicians we ve ever had.

7 Mandela is more of an enigma. Mandela was treated like Jesus. You can t criticise him, especially not now. mbeki behaved like Jesus. mbeki suffered from a Jesus complex in Foreign policy. He thought he could solve any problem. As a result, he over-extended himself and South Africa into Asia, the Middle East, Cote d Ivoire, Burundi, Bolivia, the Sudan and the DRC. He suffered from a Jesus complex. Mandela had charisma but mbeki didn t, at least that is what is generally said. I want to portray a more nuanced and challenging picture. Firstly, I want to look at his political characteristics. He fits perfectly into the mould of Aristotle s political character - all he has ever known is politics. He was handed over by his parents to the liberation movement. He is the archetypal political animal.

8 His entire life has been the struggle. For mbeki , the ANC wasn t an end in itself but a means to an end. He behaved like the ANC belonged to him. What he wanted, everyone in the ANC should want. I have a prediction: he ll use institutions to fight back. Look at the events of the last few days. Manuel ostensibly resigned. He had reassured the market that he wasn t going to leave. He had sent out a message to the markets that he would be staying, and the effect was to pump up the rand. However, as soon as mbeki resigns, Manuel says he s going. As a result the rand plummets. An hour later he says he will stay and the rand then stabilises. When Manuel is re-appointed the rand will go up. So Manuel used institutions to send a powerful political message to Joburg. Mantashe has become a symbol of disunity in the ANC.

9 Johannesburg has just created instability. mbeki s an institutions man. He used rules for political ends. He was comfortable with state-craft. He would use powers and resources even against opponents. He has not taken kindly to ill-discipline. He is not a dictator, he s a disciplinarian. He has said I have been a loyal member of the ANC for 50 years and will continue to be a member . He did not say that he ll continue to be a loyal member. He wrote Tambo and Mandela s speeches, he also wrote his own speeches; the office helped, but he had his own personal stamp on all the speeches. Many describe Sunday s speech as a dignified speech. How do you resign and do so without any emotion? I haven t seen more pregnant speech. The media said that mbeki said thank you and goodbye. He never said goodbye.

10 He said thank you, but he definitely didn t say goodbye. He thinks he will make a spectacular comeback. That may never happen; they may dig for dirt on him. He may be crazy, but he believes that he will make a comeback. He is not a peoples person, he is comfortable in elite circles. He didn t know how to connect with the people and that counted against him. My challenge to the respondent it that I believe that there has been a Foreign policy narrative. It is commonly said that mbeki s was not a Foreign policy driven by principles. I agree that it is not underpinned by ethnic, moral or human rights principles, but it is still highly principled. Sometimes it is too dogmatic in trying to apply logic in all political situations. What is this logic? It is a Foreign policy in search of redress and development and using the means of state-craft and diplomacy to promote peace first and foremost. 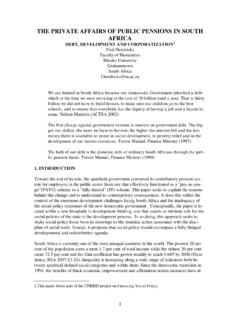 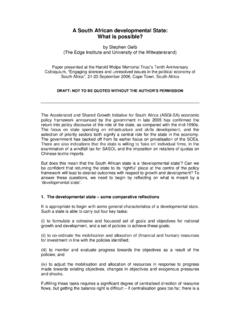 A South African developmental State: What is …

A South African developmental State: What is possible? (Stephen Gelb) 2 risk that national development objectives will be overwhelmed by and replaced with

What, States, Developmental, South, African, Possible, What is, South african developmental state, What is possible 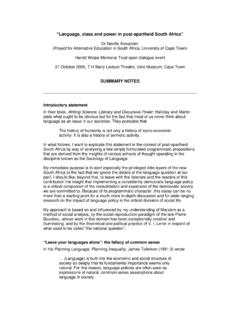 “Language, class and power in post-apartheid … 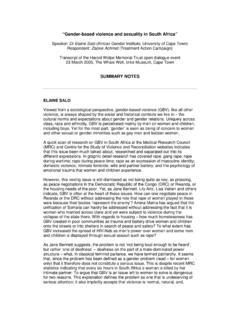 “Gender-based violence and sexuality in South …

Based, South, African, Gender, Violence, Sexuality, Gender based violence and sexuality in south 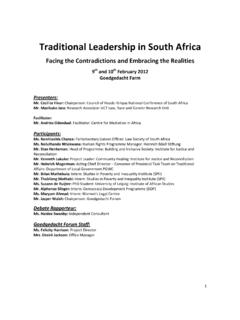 2 Summary Traditional Leadership was approached from two very different angles by the presenters; Mr. Cecil Le Fleur of the Griqua National Conference of South Africa relayed the historic struggle of the Khoi and San 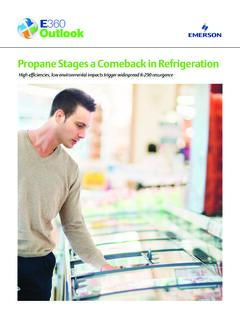 Propane Stages a Comeback in Refrigeration

I n a time when refrigerants are being closely evaluated for their environmental impacts, propane (R-290) is emerging as an increasingly viable alternative. 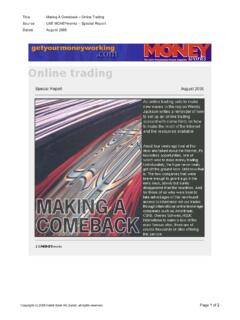 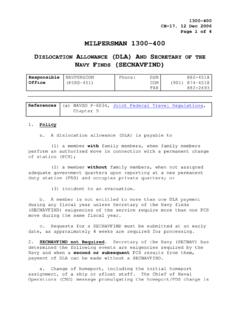 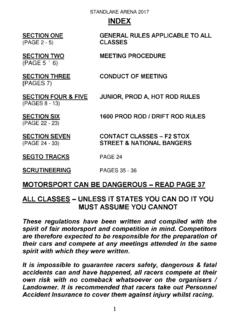 STANDLAKE ARENA 2017 3 be discarded and replaced. Manufactured race seats with the correct slots for the harness to go through are allowed a maximum 45 degree