The Lying Stones of Marrakech - sjgouldessays.com

2 The Internal Brand of the Scarlet W .. 29. LSM 19. Dolly's Fashion and Louis's 33. LSM 20. Above All, Do No 35. LSM 21. Of Embryos and Ancestors .. 37. LSM 22. The Paradox of the Visibly Irrelevant .. 39. LSM 23. Room of One's Own .. 42. LSM 1. The Lying Stones of Marrakech On a visit to Morocco, Gould finds some fake fossils in local shops, and uses these as inspiration to revisit a famous story in the history of paleontology: the case of the Lying Stones (L gensteine) of Dr. Berringer. (This is also the title of a book by Jahn and Woolf that Gould draws on for details.) The events take place in W rzburg, Germany, in 1726. The story has two forms: the canonical version that is repeated in the introductory sections of many paleontology textbooks, and the true version, which differs considerably. Both versions of the story hold that a pompous, not-too-bright professor (Berringer) finds a set of remarkable fossils in a nearby mountain: not shells and bones like those found elsewhere, but complete three-dimensional birds with feathers and eyes, spiders with webs, snails with their eggs, lizards with skin all exquisitely preserved.

3 (It was a fake lizard fossil that Gould found in a Marrakech shop, actually a high-quality cast cemented to a real rock, which started him thinking about Berringer.) But Berringer found more; his collection (as documented in his 1726 book W rzburg Lithography, which included several plates of illustrations) included heavenly objects, such as comets 1. with tails, a crescent moon with rays, and even carved Hebrew letters spelling out Jehovah. In the canonical version of the story, Berringer only realizes that he has been the victim of a prank played by artistically talented students when he finds a fossil that spells out his own name. Humiliated, he spends his few remaining years trying to buy back all the copies of his book. As is required of tales of this sort, there are moral lessons: do not engage in speculation beyond available evidence, and do not stray from the empirical method of direct observation.

4 These are fine lessons, Gould writes, but in this case at least, the story behind them is partially false. Dr. Berringer did find the planted objects (or, at least in some cases, they were found . by paid assistants, one of whom was involved in the deception), and he did believe that they were naturally produced, rather than fabricated either recently or by ancient tribes. However, the perpetrators were irritated colleagues bent on damaging Berringer's reputation, not students playing a prank. As Jahn and Woolf describe the case, the two perpetrators realized they had gone too far, and tried to talk Berringer out of publishing. One of their attempts at dissuasion involved showing him similar objects that had been locally fabricated, suggesting that someone might have planted similar items for him to find; Berringer would have none of it, instead choosing to believe that his rivals were trying to deny him credit for a discovery that would make him famous.

5 (Gould references the Piltdown Man hoax [TPT 10, HTHT 16 & 17] as another example of how difficult it is to recognize even obvious fraud if one's mind is not open to the idea.). When the law became interested, the proponents were exposed and discredited; there was never any evidence that a fossil of Berringer's name was ever produced. While there was no doubt much embarrassment on Berringer's part, he survived the incident, and went on to live another 14 years, with more successful publications. Rather than trying to buy back copies of W rzburg Lithography, Gould notes that it actually had a second printing after his death. The crux of the essay is to point out that, while Berringer could have and should have avoided the trap, it was not as obvious in 1726 as it is today that the L gensteine had to have been fakes. Many of the fields of study that would become sciences were in their infancy, and not yet capable of producing a consistent, coherent explanations for natural phenomena.

6 At the end of the era that believed in spontaneous generation heat on rotting meat could create maggots, for example it did not seem unreasonable that moonbeams shining on a rock could result in the creation of some of Dr. Berringer's fossils. After all, the earth was known to be able to produce crystals, stalactites, and banded agates; why not moonbeams? And while today it is universally recognized that true fossils are remnants of living organisms, there were other mainstream views as well [see the next two essays]. The actual story of the L gensteine is thus more interesting, if less morally instructive, than the canonical tale. This episode reflected an ongoing battle between intellectual factions with different paradigms regarding the nature of reality. It is a testament to how far we have come since 1726 that the only consequence of buying a fake fossil in Marrakech today is financial and probably modest at that.

7 2. LSM 2. The Sharp-Eyed Lynx, Outfoxed by Nature The Academy of the Lynxes was founded in 1603 in what is now central Italy by Federico Cesi, an 18-year-old nobleman from an important family. After an inauspicious beginning, it went on to become the first scientific society in modern European history;. the Lynx was selected as mascot based on legends of its powerful sense of sight, or observation. At first, there were only four members; one was Francesco Stelluti, who was only 26 in 1603. In 1611, however, the Lynxes snagged a big name: Galileo (1564 . 1642). The previous year, Galileo had published a document (usually translated as Starry Messenger ) that described the moon, certain clusters of stars and the Milky Way, and the moons of Jupiter all seen through his recently-constructed telescope . (although that term did not yet exist).

8 The Lynxes continued to grow in numbers and stature no mean feat in the highly conservative age of the counter-reformation until two misfortunes struck. The first was the untimely death of its founder, Cesi, in 1630. His financial support and political skills the latter being important to keep suspicious popes and cardinals at bay would ultimately prove irreplaceable. The second was that their star member, Galileo, published his famous work advocating a sun-centered solar system in 1632: A dialog on the two great systems of the world, Ptolemaic and Copernican. Perhaps because Cesi was no longer around to edit Galileo's tone or grease the political wheels, the Pope who, up until that time, had been supportive of the Lynxes apparently felt betrayed, and had Galileo arrested. The Lynxes continued to operate at a reduced level for another 20 years, but formally disbanded in 1652.

9 The Academy of Lynxes functioned at the dawn of what we now call science, and had some brilliant successes. In this essay, however, Gould focuses on two errors one by Galileo, the other by Cesi and Stelluti both of which illustrate the same pitfall. Science, it has been stated, replaces man's approach to knowing from appealing to authoritative sources such as Aristotle or the Bible, or from revealed inspiration, to the methods of direct observation and experimentation. But as Gould notes elsewhere in these essays, there is no such thing as pure, unbiased observation; we have no choice but to filter objective data through our personally- and culturally-shaped minds [see, for example, ELP 13]. The Lynxes, Gould will argue, made the mistake of confusing what they observed with what was true; this, he continues, is a cautionary tale that all scientists today should learn from.

10 [This essay originally appeared in two parts, in consecutive months of Natural History magazine. This is the first of four such two-part essays, all of which appear in this collection. The others are LSM 5, 6, & 7.]. Galileo's interpretation of what he saw through his telescope was brilliantly insightful, if not always completely correct. He saw craters and mountains on the moon, and recognized that this repudiated Aristotle, who believed that the moon was a perfect sphere. [In Aristotle's view, the heavens were perfect and eternal, while on earth, objects were imperfect and decayed.] In seeing that star clusters such as the Pleiades showed about ten times as many stars with his telescope as with the naked eye, he correctly extrapolated that the Milky Way was itself a collection of stars too numerous and faint to make out individually; this implied that the universe was even more vast than previously believed. 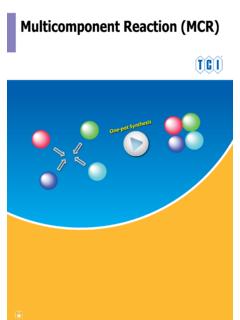 point of view, thus, the reaction above is an extremely useful and eco-friendly MCR. Thus, MCR is a strong synthetic methodology to enable condensation of various substrates in one pot, however, in some