The Management of Occupational Health and Safety in the ...

2 Our focus is on three core themes of Governance and Regulation, Community and Environmental Sustainability, and Operational by Professor David Cliff Director Mineral Industry Safety and Health Centre Sustainable Minerals Institute The University of Queensland, report does not necessarily represent the views or the policy of AusAID or the Commonwealth of state in Australia has established its own legislative framework, generally incorporating regulations that encourage the development of Management systems and key processes. More prescriptive or rule-based regulations are still used in areas where the various stakeholders (government, employers and workers) are not comfortable removing compliance requirements. State legislation has been influenced by recent initiatives including national model OHS legislation, and a National Mine Safety Framework. The Australian industry has adopted a strong focus on OHS Management for a number of intersecting reasons, including: Legal requirements.

3 The shift from compliance to Management requirements of mining and general OHS legislation has required companies to invest significant resources in appropriate systems Financial incentives. There is a business case for a safe workplace, including the minimisation of Workers Compensation premiums and reduction in the costs of managing injuries and illness Corporate commitments. Many companies have introduced corporate policies that commit them to eliminating injuries and harm in the workplace Additional benefits. Proactive Management of OHS can create a positive work environment, which in turn can lead to increased Occupational Health and Safety (OHS) legislation in Australia is generally viewed as being the most progressive in the world. The legislation is based upon duty of care, risk Management principles and workforce representation, with the primary responsibility for the provision of a safe work place residing with the operator of the mine site.

4 Government inspectors act as both enforcers of regulations and mentors who encourage good Health and Safety performance. Enforcement protocols are generally risk-based, with action being defined by both the level and immediacy of the paper provides an overview of the evolution of OHS theory and practice, and describes how these have been applied in the context of the Australian minerals evolution of OHS theory and regulationEarly studiesA well-known early study into Safety Management was undertaken by American engineer H. W. Heinrich in 1931 and is usually referred to as Heinrich s Domino Theory. He identified a chain of events and circumstances that ultimately lead to injury: Environmental factors Fault of the individual Unsafe act or condition Accident, and analysed a large number of industrial accidents and determined that 88% were due to unsafe acts, and only 10% due to unsafe conditions. This finding has formed the basis of much subsequent OHS Management similar finding emerged from the development of the Safety Engineering Model (SEM), as shown in Figure 1 below.

5 In this model, developed in the United States of America, researchers confirmed a similar balance in terms of unsafe acts (85%) and unsafe conditions (15%). The researchers further suggested that unsafe acts are best prevented through education and enforcement, whereas unsafe conditions are best prevented through improved engineering practices and enforcement of these addition of Management and worker behaviour to the basic model included a focus on the following elements: Empowerment of workers Adoption of progressive labour practices Promotion of Health and Safety as a personal and organisational value Development of positive worker attitudes, with a focus on behaviour modification, and Application of ergonomic and human factor addition, a focus on Occupational Health in the workplace was added to the framework. This introduced an emphasis on protecting and promoting the Health of employees in the workplace.

6 Key aspects included: Prevention and control of Occupational diseases and accidents Development and promotion of a healthy and safe workplace Enhancement of the physical, mental and social wellbeing of employees, and Empowerment of employees to conduct socially and economically productive early studies and developments created the platform for the emergence of a more systematic approach to OHS in the of approaches to OHS regulation Early OHS regulation could be characterised as being uniformly prescriptive, with an emphasis on detailed and highly technical specifications and standards, and with compliance to rules enforced by government-funded independent inspectorates with broad inspection powers. The advantages of this type of approach were that organisations knew exactly what the requirements were, and the legislation was relatively easy to enforce. Simply, workplaces were deemed to be safe if they complied with the , experience with such rigid approaches also identified a number of weaknesses, with a number of reviews and investigations highlighting the following issues (adapted from National Research Centre for OHS regulation 2012).

7 The large number of detailed and technical rules were often difficult to understand, and also challenging to keep current Standards were often developed in an ad hoc manner Regulations often featured a focus on physical hazards only There was uneven coverage across different types of workplaces There was no encouragement for organisations to be innovative, as the compliance approach focused on minimum standards rather than excellence The prescriptive approach usually ignored the fact that hazards may not arise from static features of workplace, but also from the way that work is organised, and There was a dependence on top-down regulation, with little involvement of other stakeholders such as workers and Management Of Occupational Health AnD Safety In THe AuSTrAlIAn MInIng InDuSTryFigures 1: Safety Engineering Model (SEM)EnforcementUnsafe ActEducationAccidentEngineeringUnsafe Condition5A watershed for global OHS legislation and practice occurred in 1972, when Chair of the National Coal Board in the United Kingdom, Lord Robens, delivered a report into Safety and Health in Work in the UK, carried out by a Parliamentary committee which he chaired.

8 The key findings of the Robens report (Report of the Committee on Safety and Health at Work, London: Majesty s Stationery Office, 1972 included that there was too much law in OHS, and the area needed to be simplified. Broad framework law should be supported by specific regulations, codes of practice and guidance where necessary. Crucially, Lord Robens found that the balance between prescriptive and goal-setting legislation needed to shift towards the latter and encourage self regulation. Accompanying this last point were recommendations that the OHS Inspectorate undergo significant reform to adapt to these changes in Management System approachOccupational Health and Safety Management Systems (OHSMS) were developed in the aftermath of a number of well-documented, serious industrial accidents during the 1970s and 1980s. These include the 1974 Flixborough Accident, the 1976 Seveso incident and the 1987 Piper Alpha disaster.)

9 Investigations into these incidents highlighted deficiencies in prevailing approaches to the Management and regulation of OHS, and identified the need to adopt approaches which systematically addressed both education and engineering responses. The introduction of Management systems provided a framework and structure for the development, implementation and review of the plans and processes necessary to manage OHS in the workplace. Since the emergence of such systems in the 1970s, considerable development of the approach has occurred, driven by recognition of the following: OHS is affected by all aspects of the design and workings of an organisation The design and Management of Health and Safety systems must integrate environment, people and systems in proportions that reflect an organisation s unique characteristics (no one system is universally effective) Health and Safety is a Management function, and requires extensive Management commitment and involvement Unifying elements produce a set of defined responsibilities and accountabilities for those activities at all levels of the organisation Incidents, injuries and illnesses are an indication of a problem in the system and are not simply about human error, and Performance goals must reflect Management line with the development of the Management system approach for areas such as quality and environmental Management by the International Standards Organisation, there is a series of accepted international OHS standards, including: OHSAS 18001: 2007 Occupational Health and Safety Management Systems Requirements, and OHSAS 18002:2008 - Occupational Health and Safety Management Systems Guidelines for the implementation of OHSAS 18001:2007.

10 Many organisations combine the various topical standards (Quality, Environment, OHS) into a single Integrated Management System, as there are a large number of common modelsThe most recent inclusion in OHS Management is the recognition of organisational culture and its relationship to OHS Management styles. A number of researchers and organisations have investigated the influence of company culture on OHS performance, and applied the concept of Maturity Models to this this model, improving OHS culture can be characterised in terms of a number of ascending steps as shown in Figure 2. Analytical tools can be applied to assess performance against different Management and organisational elements to identify current position on the maturity ladder. Several large resources companies have applied this model to engage all employees in improving OHS performance and culture. Figures 2: Safety Culture Maturity Model (from Step Change in Safety )Level 1 ComplianceDevelop Management commitmentRealise the importance of frontline staff and develop personal responsibilityEngage all staff to develop co-operation and commitment to improving safetyDevelop consistency and fight complacencyLevel 2 ImprovementLevel 3 LearningLevels of leading performance indicatorsIncreasing consistencyImproving Safety cultureEmerging Level 1 Managing Level 2 Involving Level 3Co-operating Level 4 Continually Improving Level 56 THe Management Of Occupational Health AnD Safety In THe AuSTrAlIAn MInIng InDuSTryMining OHS legislation in AustraliaDevelopment and harmonisationHistorically, each state and territory in Australia has managed OHS separately, with its own general legislation applicable to most workplaces.

Mining and Development in Indonesia: An …

Mining and Development in Indonesia: An Overview of the Regulatory Framework and Policies Researcher: Bernadetta Devi School/Centre: Centre for … 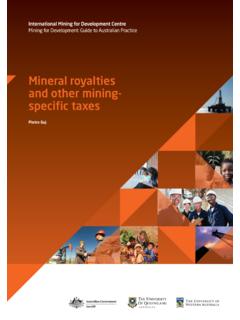 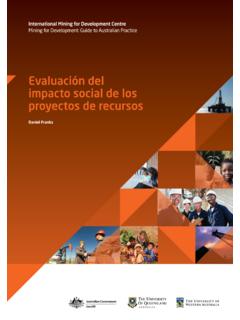 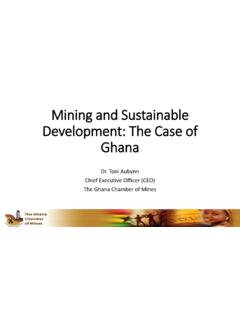 Mining and Sustainable Development: The Case of Ghana 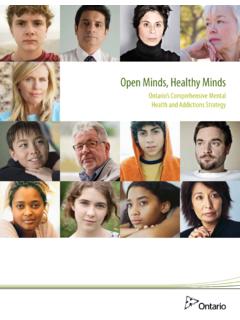 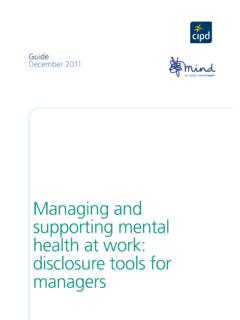 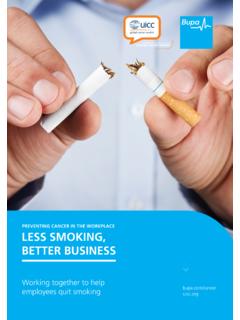 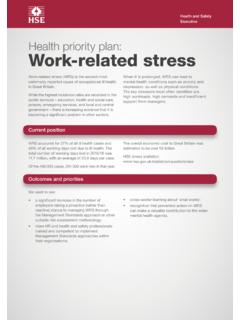 What will do to HelpGBworkwell ealth and afety ecutive We will lead and engage with others to improve workplace health and safety by: • hosting an 18-monthly National Summit to raise the profile of WRS;

OHSAS 18001:2007 OCCUPATIONAL HEALTH AND SAFETY ASSESSMENT SERIES Note: This document is to be used for training only. Page 1 of 28 Occupational Health and Safety Management … 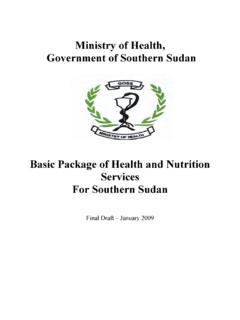