2 In the statement Michaels explains that he would like to add a second story to the single structure addition to the mill built in 1960's and 1970's. The second story addition attached to the historic mill, would be energy efficient, compliment the designs and materials of the existing mill, and provide additional emergency egress and modern heating and cooling systems. The plan also allows for an elevator allowing persons with disabilities to access the second level to witness the mills cider making process. He has applied for an interpretation of a Use Variance, which will be heard by the Zoning Board of Appeals March 17th. He was upset to see the Town Boards proposal allowing only conforming structures, which the Cider Mill is not, be allowed to make modifications, alterations, or necessary repairs to an existing structure without site plan review from the Planning Board .

3 A building permit from the County may still be required. In closing Michaels believes the Town Board 's action targets his pending application with the ZBA and is destructive, malicious and personal. It was never his intention for his proposed project to be tried in the court of public opinion. He was disappointed that the Town Board sought to try him here before he was allowed to present his application before the ZBA. Jim Howarth, a Cooperstown resident, supports the Cider Mill and considers it a historic, economic asset to the community. Howard asked that the Town Board gather input from Zoning Board and Planning Board members before acting on the proposed Land Use Law amendments. Attorney Robert Birch from Hartwick, supported the Cider Mill's application for the same reasons that had already been mentioned and expressed his concern with the proposed language under the Section amendment.

4 It was his opinion that the proposed language could lead to ambiguity and enforcement difficulties. He asked the Board if it were their intent that any of these proposed changes, if adopted, would be applicable to a currently pending zoning applications? Town Attorney Michelle Kennedy answered no. She regards a pending application before the ZBA as already vested. It did come to her attention with the Cider Mill application that there is a split amongst the Appellate Divisions. The Third Appellate Division, which our jurisdiction falls under, has ruled that when you have increased the height of a building that encompasses the expansion of a use and so therefore the expansion of a non conforming use would require a Use Variance; the Fourth Appellate Division, which does not include our jurisdiction, has ruled the opposite.

6 He then met with Councilperson's Huntsman and Franck the following Monday and expressed legal concerns with the proposed changes. He stated that he was told not to worry about that and that the Board plans to tweak these changes some more. Later he finds out that there is a public hearing scheduled for these proposed changes. Phillips felt blindsided and insulted that the Planning Board was not notified or asked for input. Phillips went on to say that he felt more advertising should have been done. He thought that the Town Board should have done a mailing. He feels these proposed changes are a knee jerk reaction to something being built that somebody doesn't like. Joseph Potrikus, also a Planning Board member and Fly Creek resident, accused the Town Board of steam rolling over the Planning Board and could not understand why these proposals were being proposed now without input from the Planning Board or the ZBA.

7 He felt the Planning Board and ZBA should have been notified as interested parties under SEQRA. He complemented Councilpersons Franck and Huntsman for their diligence in meeting with Planning Board and ZBA members gathering suggestions on how to improve upon the Land Use Law and he admitted that although asked, he never met with either one of them. At no time did either of them bring up the fact that the Town Board had scheduled this public hearing . He felt this was all done in secret. He accused the Town Board members of steamrolling over the entire Town's Land Use Law when they approved the parking lot at the end of Linden Avenue in Cooperstown. He felt the Town Board members were all hypocrites to go after private business and change the Land Use Laws at the eleventh hour when they did not do anything to follow the recommendations of the Planning Board or the Land Use Law with that parking lot proposal.

8 Rob Bohm, a Fly Creek resident, stated that he doesn't read the local paper. Never does. Doesn't have time for it. Learned about the meeting four hours ago. Was in favor of a mailing next time. Felt that if someone had an old barn they should be able to use it as a storage unit facility. Attorney Lester Sittler, a Fly Creek resident, stated that he has been in contact with Town Attorney Michelle Kennedy, totally does not agree with her interpretation of the Land Use Law but has agreed to put her position and his before the ZBA for a decision. His complaint was that at no time did Kennedy inform him about the public hearing for the amendment of Section which if adopted would affect the Cider Mill's application. He was delighted to hear that his client's application will be considered vested and not fall under the amendment if adopted.

9 He did not think the amendments to the Land Use Law, should be done piece meal but all at once after numerous meetings with the public and members of the Planning Board and ZBA. His advice was to slow down. Attorney Douglas Zamelis from Springfield was there on behalf of Maureen and Roger Heroux Excavating and Cider Mill owners Brenda and Howard Michaels. He agrees with all comments already made and was there to register a formal objection to the proposed amendments, in particular Section and the definition to Service Trade Establishment. He thinks the amendments are bad for business and therefore bad for the Town as a whole. The Board should want small and medium size business. It is good to have local employment and an increase in the tax base.

10 These amendments would restrain both the Michaels and Heroux's business to grow. He doesn't feel the current Land Use Law is broken. He respectfully asked, on behalf of his clients, that the Board not adopt the proposed amendments at this time. Marjorie Landers, resident of Cooperstown, informed the Board that word is traveling fast that the Town Board is considering amendments to the Land Use Law under the radar. Lander's is concerned about fairness and asked that the Board refrain from voting until a later date. Ron Streek, resident of Cooperstown, stated that he looked over the proposals and feels they are anti-business. The Cider Mill is a long time successful business that employs a number of people. He asked that the Board look at the proposal again and see how they can better benefit businesses. 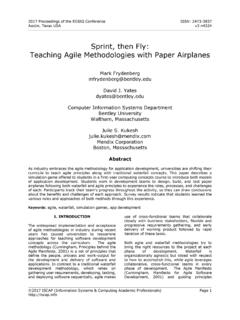 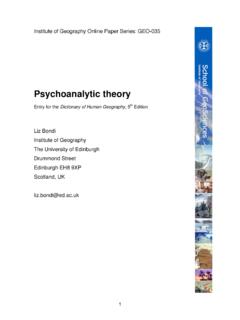 3 Psychoanalytic theory and practice originated in the late nineteenth century in the work of Sigmund Freud (1956-1939). It offers a distinctive way of thinking about the