The Oxford classification of IgA nephropathy: …

see commentary on page 477 The Oxford classification of IgA nephropathy: pathology definitions, correlations, and reproducibility A Working Group of the International IgA Nephropathy Network and the Renal Pathology Society:

2 Julian28, Tetsuya Kawamura29, Fernand M. Lai30, Lei-Shi Li31, Philip Li32, Zhi-Hong Liu31, Bruce Mackinnon19, Sergio Mezzano33, F. Paolo Schena34, Yasuhiko Tomino35, Patrick D. Walker36, Haiyan Wang37, Jan J. Weening38, Nori Yoshikawa39. and Hong Zhang37,*. Pathological classifications in current use for the assessment of of pathology reports for iga nephropathy . Our methodology, glomerular disease have been typically opinion-based and built translating a strong evidence-based dataset into a working on the expert assumptions of renal pathologists about lesions format, is a model for developing classifications of other types historically thought to be relevant to prognosis. Here we of renal disease. develop a unique approach for the pathological classification of Kidney International (2009) 76, 546 556.

3 A glomerular disease, iga nephropathy , in which renal published online 1 July 2009. pathologists first undertook extensive iterative work to define KEYWORDS: glomerulonephritis; iga nephropathy ; Oxford classification ;. pathologic variables with acceptable inter-observer pathology ; renal failure reproducibility . Where groups of such features closely correlated, variables were further selected on the basis of least susceptibility to sampling error and ease of scoring in routine The histological diagnosis of iga nephropathy is straightfor- practice. This process identified six pathologic variables that ward; it is defined by the presence of IgA-dominant or co- could then be used to interrogate prognostic significance dominant immune deposits within glomeruli, as shown by independent of the clinical data in iga nephropathy (described immunohistochemistry or immunofluorescence.)

4 However, in the accompanying article). These variables were (1) mesangial biopsies meeting this criterion may show a wide range of cellularity score; percentage of glomeruli showing (2) segmental histological changes that reflect the clinical diversity of IgA. sclerosis, (3) endocapillary hypercellularity, or (4) cellular/ nephropathy . Biopsy appearances may range from virtually fibrocellular crescents; (5) percentage of interstitial fibrosis/ normal histology by light microscopy to severe necrotizing, tubular atrophy; and finally (6) arteriosclerosis score. Results for crescentic glomerulonephritis or advanced glomerulosclero- interobserver reproducibility of individual pathological features sis, and tubular atrophy. There have been numerous are likely applicable to other glomerulonephritides, but it is not clinicopathological studies of iga nephropathy , the great known if the correlations between variables depend on the majority being retrospective, correlating histological changes specific type of glomerular pathobiology.

5 Variables identified in in diagnostic biopsy with clinical outcome. A number of this study withstood rigorous pathology review and statistical histological lesions have been reported to be of prognostic testing and we recommend that they become a necessary part value (Table 1).1 15 The apparently conflicting results of these studies reflect differences in patient cohort, treatment, and clinical outcome measures. In general, studies in which the Correspondence: Ian Roberts, Department of Cellular pathology , John clinical end point is time to dialysis/renal failure have shown Radcliffe Hospital, Headington, Oxford OX3 9DU, UK. that chronic lesions (tubular atrophy, interstitial fibrosis, and E-mail: glomerulosclerosis) are the most powerful histological *Authors' affiliations are listed in the Acknowledgements.

7 Okada et X X. Bogenschutz et X. Rekola et X. D'Amico et X X X. Boyce et X. X, statistically significant association with clinical outcome. have a shorter time to end-stage renal disease. In contrast, RESULTS. those studies that have correlated histological changes with rate pathology definitions of loss of renal function or response to immunosuppressive An initial meeting of pathologists was held in Oxford , UK, in therapy have shown that active glomerular lesions (mesangial, 2005 to define the pathological variables to be assessed in endocapillary or extracapillary proliferation, necrosis) are the renal biopsies in cases of iga nephropathy . After a provisional most significant pathological prognostic factors. analysis of the first 40 cases, areas of high interobserver There have been a number of attempts to incorporate the variation were identified.

8 To improve reproducibility , the various histological lesions into a pathological classification definitions were refined at a meeting of pathologists in of iga nephropathy . None has achieved widespread accep- Atlanta, USA, in 2006 (Table 2). These were subsequently tance. Deficiencies include a lack of definitions and use used for histological scoring of the entire study group. A. of vague terminology, lack of an evidence base, and inclusion minor amendment (in italics in Table 2) for defining necrosis of both active and chronic lesions in the definition of in routine practice was agreed upon at a further meeting in single categories. For example, a recent classification divides Oxford in 2008. biopsies into four categories (I IV), namely, no, slight (o10%), moderate (10 30%), and severe (430%) Scoring of histological lesions glomerulosclerosis, crescent formation, or Although A detailed pathology data set was collected initially, with the such a schema may accurately identify those patients who intention of working to simplify it for use in routine practice.

9 Will develop renal failure, it cannot be used to guide Histology slides from each case were circulated among five patient management; clearly, the management of patients with pathologists in batches of five, in a rolling manner, to class IV disease due to 430% glomerular crescents will ensure that no two batches were scored by the same five differ from those with class IV disease due to diffuse pathologists. A score sheet was completed by individual glomerulosclerosis. pathologists for each biopsy (Table 3) using an agreed set of As described in the accompanying paper17, we sought to instructions (Table 4). Scoring of mesangial cellularity, develop an international consensus classification of IgA together with other proliferative and sclerosing glomerular nephropathy with a strong evidence base. In this paper, we lesions, is illustrated in Figures 1 and 2.

10 Completed score describe in detail the process by which histological data were sheets were collected centrally by one of the pathologists collected and reviewed, and present the evidence used for (ISDR) and used to compile the extended pathological data selecting those pathological lesions that were included set (Table 5). Completed score sheets were received from five in the final schema (the Oxford classification ' of IgA pathologists for 47% of the cases, from four pathologists nephropathy ). The overall philosophy was to collect a highly for 36% of the cases, and from three pathologists for 17% of detailed initial pathological data set and to simplify this the cases. into a working schema. We recognize that a successful'. classification must have clear definitions, be simple to use in Extended pathology data set routine clinical practice, be reproducible, and have a value For most histological variables, the median score was taken independent of the clinical parameters at the time of biopsy. 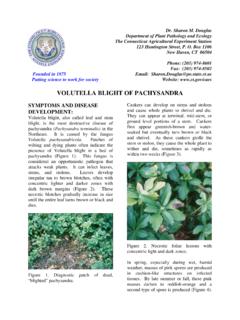 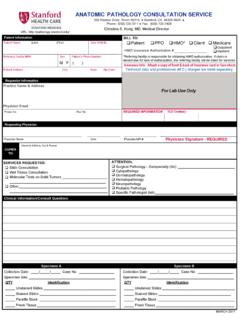 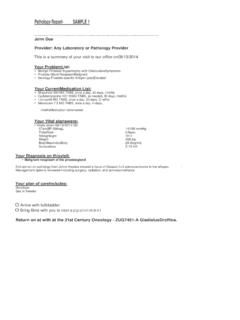