Introduction by Tony Œ G4WIF. Every so often a design captures the imagination of the QRP world. In 1982,George Burt - GM3OXX described the ﬁFoxxﬂ in the

2 Since then, designs of a similar nature appeared from both Europe and the USA. As the concept was continually improved, it became better known as the Pixie . In 2001 a new QRP club called QRPp International was formed. Their website says QRPp-I is a club for amateur radio operators around the world to share their experience and knowledge as well as help others learn about the lowest power (less than 1 watt) and most fun aspect of amateur radio . In the Fall of 2001, Brice D. Hornback - KA8 MAV of QRPp-I decided to document the history and evolution of the Pixie . This document from the GQRP club forms part of that history through articles that have appeared in SPRAT from 1982 to the present day.

4 It fits inside an Altoids (TM) mint tin and all connections are made via vertical connectors which are concealed when the lid is closed. The connections are as follows: antenna via 50 ohm BNC, power via co-axial connector or 2 pin ". header, headphones via mono or stereo jack plug or 2 pin header, Morse key via mono or stereo jack plug or 2 pin header. We also supply a small PCB- mounted switch which can be used as the key for ultimate portability. All you need to add are a 12 volt DC supply, headphones and an antenna and tuner. The picture shows the first FOXX-3 built on a production PCB. Note the screen printing which identifies all component positions. The optional push-switch Morse key is fitted.

5 Richard Newstead, G3 CWI, recently operated a 40m FOXX-3 from the summits of Snowdon and Scafell Pike, the two highest peaks in Wales and England, in a single weekend. Despite sub-zero temperatures, Richard made 20 contacts in a total operating time of 80 minutes. Richard told me, "FOXX performed brilliantly. Sidetone stops at -10 degrees C but radio still seemed OK." "I didn't build any additional filtering for the FOXX and it worked really well. No BC breakthrough at all on either day.". The FOXX-3 was launched at the Rochdale QRP Mini-Convention on October 28th 2000. Visit Kanga Products on their webpage file://C:\WINDOWS\Desktop\qrp% 02/12/01.

G-QRP Club components Cost This is a service for … 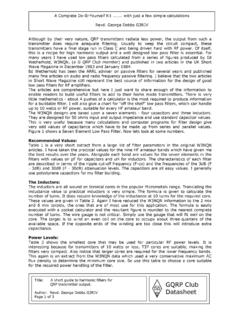 A short guide to harmonic filter for QRP transmitter … 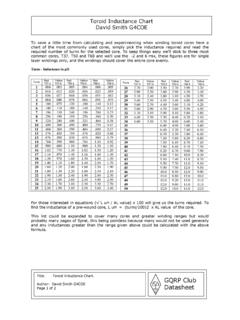 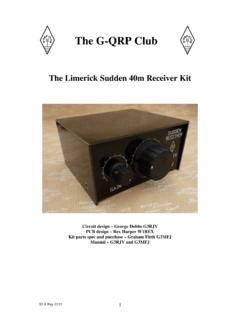 sOKU=j~ó=OMNP= 2 The G-QRP Club Founded in 1974, the G-QRP Club is the largest QRP Club in the world. The club exists to promote interest and growth in low 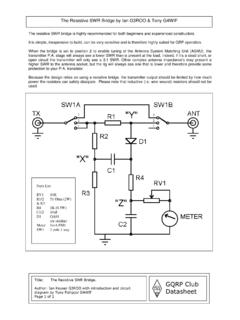 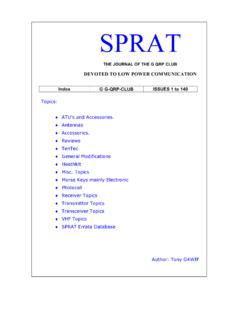 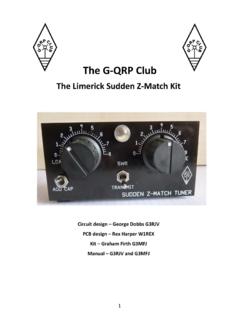 2 Founded in 1974, the G-QRP Club is the largest QRP Club in the world. The club exists to promote interest and growth in low power amateur radio communication (5 watts or less). 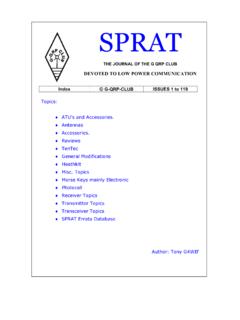