The Pulse Test by Arthur F. Coca, M. D. LYLE STUART NEW YORK. The Pulse Test by Arthur Coca is public domain material. The online copy has been prepared by The Soil and Health Library The Pulse Test ( ) 1956, by Arthur F. Coca, All rights reserved including the right to reproduce this book or portions thereof in any form. Queries regarding rights and permissions should be addressed to Lyle Stuart 225 Lafayette Street, New York 12, N. Y. To Emil Baron von Dungern scientist, philosopher, poet, my teacher with gratitude I am happy to acknowledge the expert assistance that has been so generously given to the composition of this book by the late John J. O'Neill, Science Editor of the New York Herald Tribune. A. C. Publishers Preface Sometime in the early part of 1954, I heard that a man suffering from diabetes had put aside his insulin and was leading a normal healthful life without it.

1 The Pulse Test by Arthur F. Coca, M. D. LYLE STUART NEW YORK. The Pulse Test by Arthur Coca is public domain material. The online copy has been prepared by The Soil and Health Library The Pulse Test ( ) 1956, by Arthur F. Coca, All rights reserved including the right to reproduce this book or portions thereof in any form. Queries regarding rights and permissions should be addressed to Lyle Stuart 225 Lafayette Street, New York 12, N. Y. To Emil Baron von Dungern scientist, philosopher, poet, my teacher with gratitude I am happy to acknowledge the expert assistance that has been so generously given to the composition of this book by the late John J. O'Neill, Science Editor of the New York Herald Tribune. A. C. Publishers Preface Sometime in the early part of 1954, I heard that a man suffering from diabetes had put aside his insulin and was leading a normal healthful life without it.

2 I heard that a man who had been unsuccessfully hospitalized for extremely painful and serious stomach ulcers was later cured of his ulcers in a matter of days, and was now living a happy ulcer-free life. My curiosity was aroused when I learned that the cause of his illness had been found to be cow's milk--the very thing he was being given to "relieve" the pain. Cow's milk is nutritious and desirable for most people, but this patient was allergic to it. As an editor and a reporter, I was curious about these surprising reports. I am a skeptic by nature and training, and so I sought out the doctor who had been responsible for these remarkable recoveries. To my consternation, I discovered that what I had heard was only a small part of the truth. I learned that hundreds of people had been cured of a long list of illnesses by what appeared to be a completely revolutionary approach to ill health.

3 I was profoundly impressed by Dr. Arthur F. Coca's astonishing results in the treatment of a long list of diseases. He seemed to have found a way to remove the causes of many illnesses rather than simply dead with their symptoms. Members of my own family have since benefited greatly by what I learned. I have interviewed people who were told by their physicians that "nothing could be done" to relieve one kind of affliction or another, and then in a matter of a few weeks they returned to good health thanks to Dr. Coca's discoveries. The Coca Pulse -dietary method is simple--yet it requires the complete cooperation of the patient. It would best be tried under the guidance of a physician trained in the method. However, if your physician is not yet acquainted with the Coca technique, you could apply it yourself, safely in your own home, by carefully following what this book tells you.

4 The method is completely harmless. It is relatively simple. There are no magic elixirs and there is nothing whatsoever to purchase. The reward for taking the Pulse test and heeding what it shows you can mean the addition of ten to twenty more years to your life .. years free of high blood pressure, heart attacks, headaches and a score of other ailments. Dr. Arthur F. Coca has opened the door to the prevention and cure of a host of illnesses. You have but to enter. This is the first book Dr. Arthur Coca has ever written for the layman. Much of what appears here has previously appeared in a scientific medical work of which three editions have been published. Dr. Coca's professional accomplishments would filI many pages. Suffice it to say that for seventeen years he was Medical Director of Lederle Laboratories, one of the largest pharmaceutical houses in the world. He is Honorary President of the American Association of Immunologists.

5 He was the founder and first editor of the Journal of Immunology which is the foremost medical publication in its field. He taught at Cornell, Heidelberg, the University of Pennsylvania and the Post- Graduate Medical School at Columbia University. He has discussed the contents of this book at a seminar at the New School for Social Research which was attended by delegates from fourteen nations. This book is being published because a number of people who have been helped by the Coca technique convinced Dr. Coca that there was no need to wait half a century for the medical recognition which must eventually come. We convinced him that by informing the layman, he would hasten the day when the medical profession would be forced to seriously examine these findings and this technique. When that day comes, the physician will apply them too .. and millions of men and women will be helped by Dr.

6 Coca's important contribution to the health and well-being of mankind. A monumental discovery has been made. This book is an attempt to spread the good word. LYLE STUART. September, 1956. CONTENTS. Publisher's Preface Foreword: What Allergy Really Is 1. First Steps .. 2. The Allergy Mystery Solved The beginning of understanding 3. High Blood Pressure? Blame your allergies, not your arteries 4. Your Heart And Your Pulse Get acquainted with your Pulse beat 5. "That Tired Feeling". How to find the foods that get you down 6. "Almost Miraculous" Case Histories: Diabetes, Ulcers, Eczema, Hemorrhoid, Overweight, Epilepsy, Hives 7. The Pulse Test 8. "Tobacco Poisoning". Knocked Out by a puff 9. The "House Dust" Problem Causes other than food 10. You Are Younger Than You Think Only allergies make you old too soon 11. Explorations in Pulse -Dietary Therapy: Psychoneurosis, Alcoholism, Multiple Sclerosis 12.

7 "You Don't Catch Colds--You Eat Them". Control your food-allergy and be done with colds 13. Beauty At Your Fingertips A clear skin and a radiant personality 14. Some Problems You May Encounter Difficulties along the way 15. Breaking Through The Nerve Barrier Is it possible for the Pulse -survey to fail? 16. Pulse -Dietary And The Doctors How the technique can fit into medical practice Footnote: On Professional Acceptance Note: The professional reader will have a particular interest in chapters 1, 4, 6, 7, and 16. The physician is referred to Familial Nonreaginic Food- Allergy published by Charles C. Thomas. Foreword: What Allergy Really Is A recent editorial in a medical journal says that he who would define allergy must write a book. You have a book in your hands, but we will not devote it to definitions. Rather let's concentrate on your health. You will find in these pages that allergy means something far more important to your health and to the length of your life than you ever possibly imagined.

8 Before you are done with this book, you will know that allergy no longer means merely hay-fever or asthma or an outbreak of hives. It can also mean high blood pressure, diabetes, epileptic seizures and stammering. It means "that tired feeling,". constipation, stomach ulcer, spells of dizziness, headaches and mental depression. In truth, it may mean much of what ails the health and happiness of human beings. However, the book would fail of its chief purpose if it merely explained allergy. Much more important, it tells you what to do about it. The visiting doctor can hardly leave his patient without having used his thermometer, his stethoscope and his watch. With his watch he times the Pulse . But as often as he does this in his busy career it is exceptional for him to use the Pulse count either to diagnose the illness or to plan its relief. The Pulse has been almost totally neglected as an indicator of ill health.

9 Yet this simplest of all the methods of examination is the key to some of the deepest mysteries of man's existence--the key with which he may emancipate himself from ill health. If you can count to 100 and are determined to be well, you can go a long way toward eliminating your allergic troubles if you are a usual case. By "usual case" I mean chiefly the so-called neurotic people who suffer constantly recurring or persistent headache, "indigestion," constipation, tiredness, occasional dimness, stuffy nose; who have consulted one or more physicians, among them perhaps a "specialist," and have been told that their health is excellent, but that they are "nervous," and since they are incurable they should help themselves by keeping their minds off their symptoms--"forget them." Such persons can almost always be permanently relieved of their miseries through the Pulse -dietary tests described in this book.

10 In the deliverance of the "neurotic" person, then, the first step to be learned is counting the Pulse ; and this is almost always very easy to do. Many young children learn in one-minute demonstrations at school or in first-aid courses how to find the Pulse . It is the rare adult who has not found his Pulse merely by copying the doctor. The following detailed instructions for finding the Pulse will therefore be unnecessary for most readers. The Pulse can be felt at many spots on the body, and the rate, at any given moment, is the same in all of them. The most convenient spot is at the wrist an inch and a half above the base of the thumb. Place the left hand (if you are right- handed) in the lap with the palm facing up. Then place the first two fingers of the right hand on the wrist so that their average distance is about an inch and a half from the base of the thumb, and three quarters of an inch from the end of the wrist. 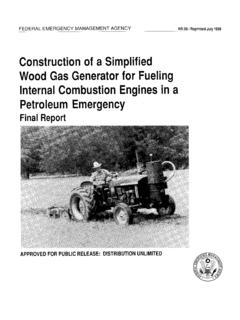 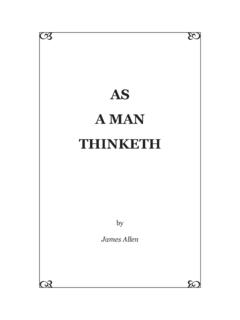 AS A MAN THINKETH - soilandhealth.org

3 JAMES ALLEN AS A MAN THINKETH INTRODUCTION Mind is the Master-power that molds and makes, And Man is Mind, and evermore he takes The tool of Thought, and, shaping what he wills

As a man thinketh, Thinketh

PREREQUISITES The algebra and complex analysis usually covered in advanced undergraduate or ﬁrst-year graduate courses. REFERENCES A reference monnnnn is to question nnnnn on mathoverﬂow.net. 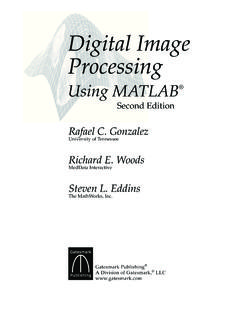 1. 1. Introduction. Preview . Digital image processing is an area characterized by the need for extensive experimental work to establish the viability of proposed solutions to …