Low Darwin's lead in constructing an ac- THE QUARTERLY REVIEW ceptable evolutionary theory of moral judg- ment. Marc Hauser's Moral Minds proposes OF BIOLOGY Volume 83. a powerful and largely convincing version of ( december , 2008 ): 396-98 just such a theory. The author takes for his model MORAL MINDS: HOW NATURE DE- Chomsky's conception of a universal, innate SIGNED OUR UNIVERSAL SENSE OF grammar. In Chomsky's view, the many RIGHT AND WRONG. By Marc D. Hauser. specific grammars of different human lan- New York: HarperCollins. $ xxi _ 489 guages are constrained by an inherited set of p.; ill.; index. ISBN: 0-06- 078070-3. 2006. principles regarding the production and in- terpretation of meaningful sentences. Just Quite early in the construction of his theory, so, Hauser contends that humans have Darwin realized that he had to explain the evolved a set of general moral principles distinctive features of the human animal to that govern the various specific codes found forestall the return of the Creator.

1 Low Darwin's lead in constructing an ac- THE QUARTERLY REVIEW ceptable evolutionary theory of moral judg- ment. Marc Hauser's Moral Minds proposes OF BIOLOGY Volume 83. a powerful and largely convincing version of ( december , 2008 ): 396-98 just such a theory. The author takes for his model MORAL MINDS: HOW NATURE DE- Chomsky's conception of a universal, innate SIGNED OUR UNIVERSAL SENSE OF grammar. In Chomsky's view, the many RIGHT AND WRONG. By Marc D. Hauser. specific grammars of different human lan- New York: HarperCollins. $ xxi _ 489 guages are constrained by an inherited set of p.; ill.; index. ISBN: 0-06- 078070-3. 2006. principles regarding the production and in- terpretation of meaningful sentences. Just Quite early in the construction of his theory, so, Hauser contends that humans have Darwin realized that he had to explain the evolved a set of general moral principles distinctive features of the human animal to that govern the various specific codes found forestall the return of the Creator.

2 For most among different cultural groups. This set of British intellectuals, what distinguished man universal rules, he maintains, operates un- from animals was not reason, an operation in consciously to limit the overt maxims ac- which faint sensory images followed the cording to which individuals make moral rules of association, but moral judgment. judgments. This much is common to many Thus, shortly after he first formulated the previous efforts at formulating what might principle of natural selection in the fall of be called Darwinian morality. The author's 1838, Darwin began a decades-long struggle unique contribution is to provide quasi- to bring human moral judgment under his experiments by which to expose the various advancing theory.

3 The fruition of that work principles of this universal grammar. came in Descent of Man, where two long Hauser and his colleagues in the chapters are devoted to an evolutionary un- Primate Cognitive Neuroscience Laboratory derstanding of moral behavior in man and its at Harvard drew up a series of moral dilem- antecedents in animals. Since that time, nu- mas to test the intuitions of thousands of merous efforts have been made by biolo- people who took an online survey gists, psychologists, and philosophers to fol- ( ). Responses to the survey provided a kind of empirical ( , killing another person who happens to probe by which to expose the underlying be on the siding), it is permissible, although moral grammar constraining their subject's the intended good consequence must out- intuitions.

4 One typical dilemma presents a weigh the unintended bad consequence. scenario in which a runaway trolley car is What is forbidden is intending a bad conse- headed for five people on the track. Subjects quence for a good end. So with this principle are asked if it morally permissible for a con- we have a portion of the innate moral ductor to throw a switch diverting the car grammar or do we? onto a side track, thus saving the five, even The principle of double effect is vin- though a person standing on the siding tage; it is at least as old as the 13th century, would be killed. Most agree it would be mo- when it was explicitly formulated by Tho- rally permissible to do so. But then a compa- mas Aquinas. Aquinas used it in a sophisti- rable scenario is proposed.

5 This time it is a cated analysis of moral quandaries. Has evo- single track on which the car is headed for lution also performed a comparably sophis- the five, with a bridge over the track and a ticated feat? Hauser does not really explore very large man viewing the scene from the what it means to be an innate principle of bridge. Now subjects are asked if it is moral- judgment or action, or whether spurs to ly permissible to push that man over the side judgment and action are the same. One to land just in front of the car, thus prevent- might consider a comparable case that Dar- ing the deaths of the five. Although the equ- win investigated in On the Origin of Species ation in lives lost and saved is the same, (Chapter 7).

6 It had been argued that God in- most people think it morally wrong to cast stilled complex geometrical principles in the the fat man onto the tracks. From such data, honey bee that allowed it to make nearly Hauser inductively derives a principle that perfect hexagonal cells that were the most subjects would not likely be able to formu- economical in storage capacity. Darwin rea- late themselves but that, as he believes, con- lized that if natural selection had to perform stitutes part of the innate moral grammar the same intellectual task as assigned to the that governs their intuitions. The principle is Creator, well, his theory would simply not that of double effect: if an intended good act be up to it. But through ingenious demon- ( , diverting the trolley to save five stration, he showed that the bees actually people) has an unintended secondary effect operated according to quite simple instincts: stand about equidistance apart, drill a circu- could have taken a cue from Darwin's suc- lar pit, stop just before the walls of adjacent cinct analyses.

7 Darwin argued that our moral cells break into one another. These simple judgments were essentially altruistic, and he innate behaviors will have the consequence proposed three causes of differing strengths of producing mathematically elegant bee for that trait. Praise and blame from our fel- cells. So the question for Hauser is whether lows the guard against cheaters would he has nailed a principle of the innate have a stabilizing effect on other regarding grammar or, rather, has abstractly characte- behavior; and reciprocal altruism (a pre- rized the interaction of, say, two simple in- Trivers insight) would provide another in- stincts , help another in need and do centive. But Darwin recognized that these not gravely assault another.

8 In the case of two causes failed to capture both the innate, throwing the switch, the immediate peril of noncalculating quality of moral judgments the five would outweigh the perceived harm and their nonselfish core. He then argued to the distant individual on the side track. It that natural selection on small, kin groups is the difference between killing someone (in which, as we suppose, our Pleistocene with your bare hands and pushing a button ancestors to have dwelt) would advance that launches a rocket. those groups in competition with groups Hauser fills a good deal of his long having fewer altruists (Darwin's model was and casually organized book with various that of the social insects). This later kind of observations made in the developmental altruism, although initially directed to kin, psychology of animals and humans to sug- would spread to others as our ancestors ad- gest that a fair amount of behavior has vanced in reasoning capacity to recognize strong genetic determinates a discussion unrelated individuals as essentially the same made more palatable by fudging the notion as themselves.

9 In roundabout and muddy of free will. The accumulated evidence cer- ways, Hauser does seem to argue in roughly tainly makes plausible that the rudiments of this fashion, but it would take a quite dis- our moral consciousness have deep, phylo- cerning eye to put it all together. Darwin genetic roots. But the author is less good at, forthrightly claimed that his perspective was or rather, less concerned with making clear more ennobling than the selfish theory of the the evolutionary causes of these moral in- utilitarians; for it made moral character an stincts or what their elements might be. He intrinsic part of human nature, not some- thing adventitiously acquired. When Hauser occasionally cites Darwin, he usually leaves a vague impres- sion of the Englishman's accomplishment or fumbles the interpretation.

10 For instance, he assumes that Darwin affirmed that only reli- gious and legal codes could prevent moral decay in society. The agnostic Darwin hard- ly suggested this in the sentence Hauser (p. 421) plucks from the Autobiography. The value of Hauser's book, which is considera- ble, lies elsewhere. He presents a strong case for an evolutionary construction of moral choice by marshaling a variety of different kinds of evidence and by synthesizing sup- porting conceptions of several other scholars ( , John Rawls, David Sloan Wilson and Elliott Sober, and Peter Richerson and Ro- bert Boyd). The very idea of a moral gram- mar is quite appealing, if underanalyzed. Hauser's ingenuity sights a path back to Darwin and encourages further refinement of his central proposal. 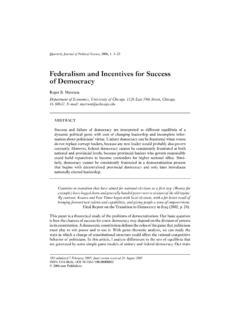 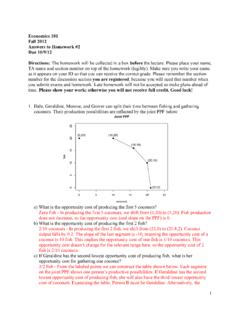 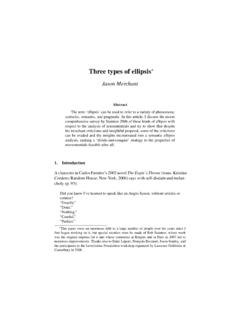 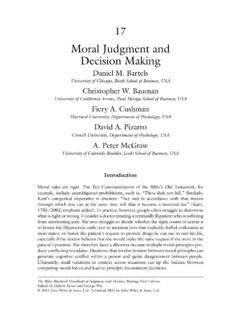 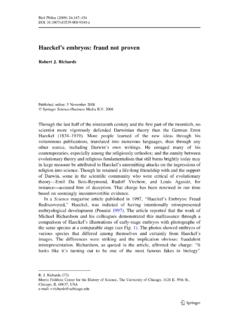 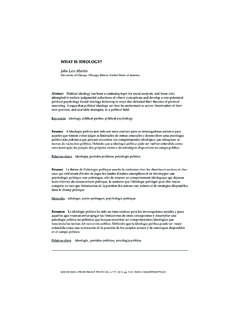 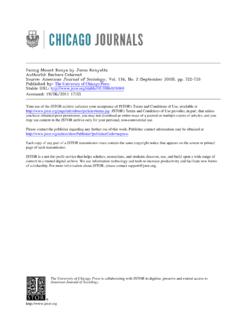 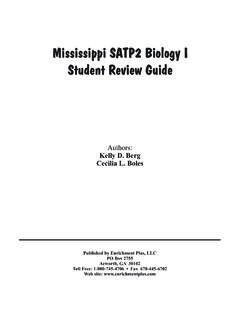 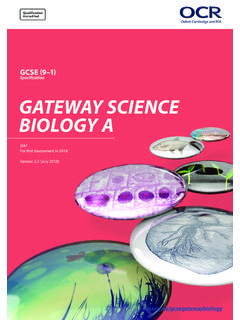 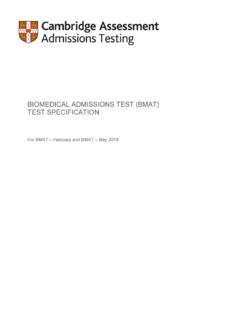 This element tests whether candidates have the core knowledge and the capacity to apply it, which is a pre-requisite for high-level study in biomedical sciences.

What is life? • Self-sustained heritability –Functionality is limited by the genome –Life cannot be explained entirely by functionality ("design") •Why do snakes have femurs? 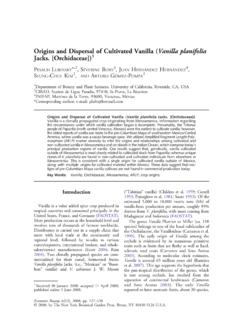