The report of the Bankruptcy Law Reforms …

The report of the Bankruptcy Law Reforms Committee Volume I: Rationale and Design November 2015. Contents 1 Acknowledgements ..7. 2 Executive 10. 3 Economic 18. Why Reforms ? 18. The role that insolvency and Bankruptcy plays in debt financing 20. Assessing viability .. 21. Conflicts in creditor-debtor negotiation .. 21. What can a sound Bankruptcy law achieve? .. 22. Present arrangements in India 24. Difficulties of the present arrangement .. 25. Features of the proposed Code 29. Objectives .. 29. Principles driving the design .. 29. Design of the proposed 31. How India will benefit from Reforms of the Bankruptcy process 33. 4 Institutional 35. insolvency Regulator 35. The case for a regulator .. 35. Establishing the insolvency Regulator.

1 The report of the Bankruptcy Law Reforms Committee Volume I: Rationale and Design November 2015. Contents 1 Acknowledgements ..7. 2 Executive 10. 3 Economic 18. Why Reforms ? 18. The role that insolvency and Bankruptcy plays in debt financing 20. Assessing viability .. 21. Conflicts in creditor-debtor negotiation .. 21. What can a sound Bankruptcy law achieve? .. 22. Present arrangements in India 24. Difficulties of the present arrangement .. 25. Features of the proposed Code 29. Objectives .. 29. Principles driving the design .. 29. Design of the proposed 31. How India will benefit from Reforms of the Bankruptcy process 33. 4 Institutional 35. insolvency Regulator 35. The case for a regulator .. 35. Establishing the insolvency Regulator.

3 54. Information about operational creditors .. 55. Information of default or 58. Information about secured assets .. 59. Rules about privacy of information in an IU .. 60. Rules on revealing creditor identities .. 60. Open industry-standard APIs .. 61. An information-rich environment .. 61. Analogies with FSLRC's treatment of resolution .. 62. The insolvency Professionals 63. Mandates for IPs .. 64. Entry Requirements for IPs .. 65. IP Regulatory Structure .. 66. The role of the IP agencies .. 66. The role of the Regulator with regard to IP agencies and IPs .. 71. 5 Process for legal entities .. 73. A single Code for all legal entities 76. The calm period of the insolvency Resolution Process, IRP 76. Who can trigger the IRP? .. 76. How can the IRP be triggered?

7 Transition Provision 152. Summary 153. 9 Annexures ..153. Office Order setting up the BLRC 154. Office Order Revising Composition of the BLRC 155. 1 Acknowledgements As Chairman of the Committee on Bankruptcy law Reforms , I have had the privilege of overseeing the design and drafting of a new legal framework for resolving matters of insolvency and Bankruptcy . This is a matter of critical importance: India is one of the youngest republics in the world, with a high concentration of the most dynamic entrepreneurs. Yet these game changers and growth drivers are crippled by an environment that takes some of the longest times and highest costs by world standards to resolve any problems that arise while repaying dues on debt. This problem leads to grave consequences: India has some of the lowest credit compared to the size of the economy.

8 This is a troublesome state to be in, particularly for a young emerging economy with the entrepreneurial dynamism of India. Such dynamism not only needs Reforms , but Reforms done urgently. The Committee was seized of this, and focused on a two-phase mandate over its tenure. The first phase was to examine the existing Bankruptcy framework, and whether there were policy and legal changes that could yield immediate effect. The focus here was on the problems of insolvency and Bankruptcy under the Companies Act, 2013. The outcome of the deliberations of the Committee led to the Interim report of the Committee that was put out for public comments at the end of February, 2015 (Ministry of Finance, 2015). The team at the Vidhi Centre for Legal Policy, led by Debanshu Mukherjee, did a wonderful job to deliver the richly detailed report within the hard limitations on time.

9 The Committee then embarked on the second phase of its mandate. Here, the task was to create a uniform framework that would cover matters of insolvency and Bankruptcy of all legal entities and individuals, save those entities with a dominantly financial function. This shifted the mandate to a much wider problem that included micro, small and medium enterprises, sole proprietorships and individuals. This also meant demands on a much wider and deeper base of knowledge, on both matters of the economics of the problem as well as the legal framework. Fortunately for the Committee, we had ample help from various sources to tackle both of these issues. A sub-group of the Committee including Aparna Ravi, Sudarshan Sen, Susan Thomas, Madhukar Umarji and Bahram Vakil led the charge, devoting immense time to con- tribute the knowledge of their experience, distil research inputs and the wisdom of various market participants into our deliberations.

10 Research contributions and real world knowledge on the economics and the legal framework were gathered from the many policy papers, workshops and a conference that was conducted during the period of the Committee s working. These discussions captured knowledge of the intricacies of the insolvency and Bankruptcy processes on the ground in India today, and engaged with economists, lawyers and the financial market participants from banks, the asset reconstruction companies and fund managers. This knowledge base was used to think about how the insolvency process should be redesigned. The Committee is thankful for conversations with Raghuram Rajan of Reserve Bank of India, Amitabh Kant of Department of Industrial Policy and Promotion, S. K. Amarnath of ARCIL, Sanjay Banerjee of the University of Nottingham, Clive Barnard, Kevin Pullen, John Whiteoak and Soumya Rao of Herbert Smith Freehills LLP, Sumant Batra of Kesar Dass B. 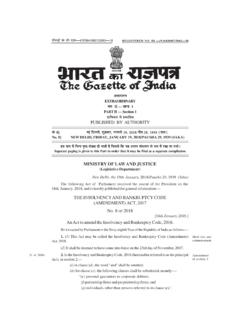 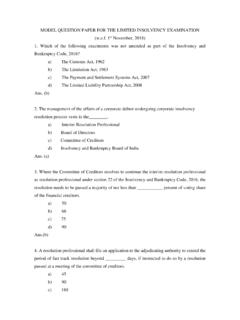 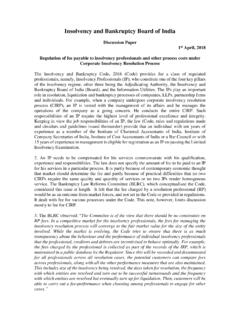 4. In terms of section 5(13) of the Code, ‘the fees payable to any person acting as a resolution professional’ is included in ‘insolvency resolution process cost (IRPC)’, which needs to be paid 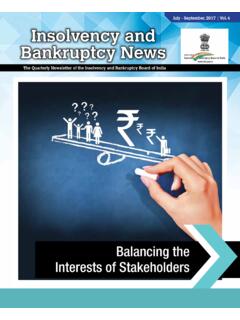 Insolvency and Bankruptcy News 03 From the Desk of the Chairperson The Committee of Creditors needs to act in the best interest of all the stakeholders of the corporate debtor. 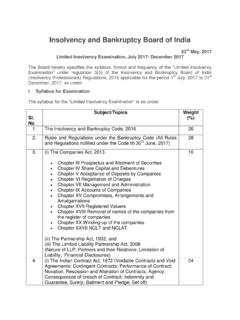 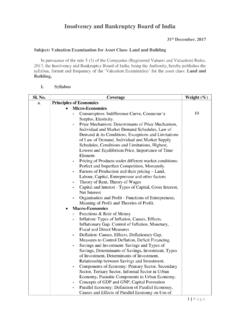 1 | P a g e Insolvency and Bankruptcy Board of India 31st December, 2017 Subject: Valuation Examination for Asset Class- Land and Building In pursuance of the rule 5 (3) of the Companies (Registered Valuers and Valuation) Rules, 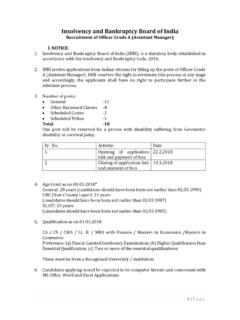 3 | P a g e discussion and interview. Application fee shall not be refunded. IBBI reserves the right to modify the selection procedure, if deemed fit. 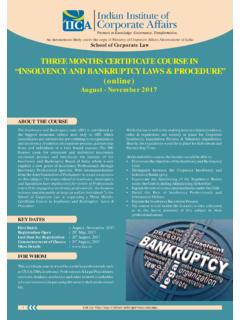 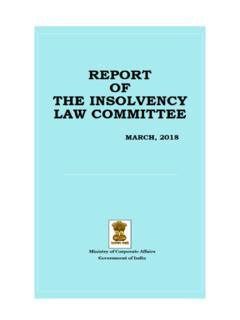 THIS PAGE HAS BEEN INTENTIONALLY LEFT BLANK

SUPPLEMENTARY - Institute of Cost Accountants of …

1 Introduction Corporate Insolvency Resolution Process Liquidation of a Corporate Person INSOLVENCY AND BANKRUPTCY CODE, 2016 INTRODUCTION The Insolvency and Bankruptcy Code passed by the …

State Real Estate Transfer Tax Bankruptcy & Receiverships Chapter 11 of the Bankruptcy Code 1. Would transfer fees be owed by any of the participants in the transfer of real estate out of Chapter 11 bankruptcy proceedings if the transfer took place before the plan confirmation? 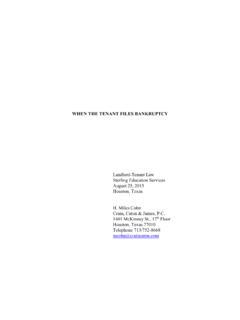 WHEN THE TENANT FILES BANKRUPTCY - Crain …

I. The Automatic Stay A. The general rule: Bankruptcy Code §362(a) The automatic stay is the first contact that a landlord or other creditor will have with 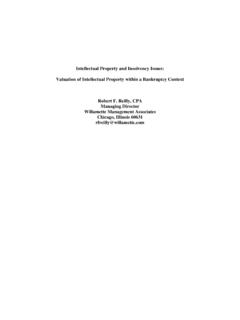 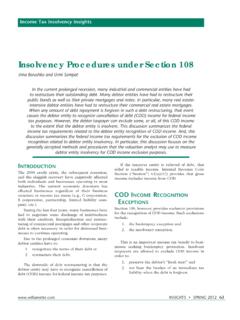