The Rhineland War designed the game that way intentionally. Players have to think in terms of the 1930s, in which the European powers were maneuvering for dominance of the continent by taking over critical regions, and not in terms of the total war of the 1940s. That's something I see as being vital in good game design: giving players the perspectives of their historic predecessors. It's especially true in an alternative history game such as RW because of the divergence it otherwise presumes with the historical record. As you can see from looking at the game map, Crisis hexes range from the Rhineland (Hitler's first bloodless conquest), through Spanish Civil War battlegrounds (Guernica, Madrid), to the Balkans and everything in between (the Sudetenland, Danzig, Vienna for the Anschluss, the ever popular Ploesti oilfields, and much more).

1 The Rhineland War designed the game that way intentionally. Players have to think in terms of the 1930s, in which the European powers were maneuvering for dominance of the continent by taking over critical regions, and not in terms of the total war of the 1940s. That's something I see as being vital in good game design: giving players the perspectives of their historic predecessors. It's especially true in an alternative history game such as RW because of the divergence it otherwise presumes with the historical record. As you can see from looking at the game map, Crisis hexes range from the Rhineland (Hitler's first bloodless conquest), through Spanish Civil War battlegrounds (Guernica, Madrid), to the Balkans and everything in between (the Sudetenland, Danzig, Vienna for the Anschluss, the ever popular Ploesti oilfields, and much more).

2 The way I got all the diplomacy and a lot of other things into RW was via the venerable random-pick chit system. They can bring in various powers into an alliance, giving the receiving player control of those armies. The chits can also give various military advantages, such as Shock Effect, which enhances combat. Players have to keep their options open. You never know what front will open up or who will be on your side. One critical chit brings in the Red Army. It's a fairly powerful force since Stalin hasn't yet had the opportunity to wreck it with purges. Since the Red Army can come in on either side, it can be the wild card in the game. Both sides are on shaky politically ground. There are three each of Putsch, General Strike, and Red Army Purge crisis chits in the pool. If they're picked, die rolls are triggered during the crisis phase for each type.

3 If a roll is less than or equal to the number in play of the corresponding chit, the Germans, the Allies, or Rhineland War the Soviet Union will be affected, respectively. Players' Notes First, then, know that if you try to play The force affected loses its replacements and Rhineland War (RW) as if it were set in 1939-40, reinforcements for the remainder of the game. by Joseph Miranda you will lose the game if you're going up against The idea is there's been a crisis on the home a competent opponent. This is 1936, before front that undermines the military effort. The alternative history assumption in RW is the panzers and the Luftwaffe were tested In the original draft of the game, the result France challenged Germany when Hitler ordered in the Spanish Civil War, before the British of such failed die roll checks was that the his army to occupy the Rhineland in March 1936.

4 Built up Fighter Command, before anyone in Germans or Allies instantly lost the game, A general European war follows, bringing in Europe was ready to fight another world war. or the Red Army was completely pulled out. the various powers on one side or the other. Play testing showed that to be too much, The game map stretches from Spain to Path to Victory with the game always coming down to a few the Polish-Soviet frontier. I designed it that You win the game by controlling Crisis and inescapable die rolls. I therefore changed it way, as opposed to concentrating on just the Mobilization hexes. Crisis hexes are worth 10 so the fighting continues, albeit with a heavy potential campaign within the Rhineland , to points each while Mobilization hexes are worth penalty, and you still have a chance of salvaging show the larger geo-strategic context.

5 Players their respective recruit values, which range something, especially since your opponent have to deal with a situation fraught not only from one to three. You'll notice that makes, might also be facing a home front crisis. operational potential, but one also brimming say, the Rhineland , Memel or the Sudetenland That has implications for strategy in with variable diplomatic and political factors. worth more points than Berlin or Paris. I the game. You pick a number of Crisis chits World at War 21 | Designer & Player Notes | dec Jan 2011 D1. The Rhineland War Austria as an ally by picking its Crisis chit. Since that also gives you control of the Austrian Army, it's something worth considering. That brings up another point about considering whether to invade a country. Picking its Crisis chit may otherwise bring it onto your side as any ally, while an invasion pushes it into the enemy camp.

6 For example, Poland can potentially become a German ally if that player picks the Poland chit and hasn't invaded France. Similarly, if the Allies pick the Italy chit and the Germans have invaded France, Austria or Switzerland, the Italians become an Allied power. You have to consider that if you get too aggressive against certain countries it will also bring third parties in against you. Therefore there's also good reason for the Germans to hold off on an attack against Poland. That brings in the other big issue for the Germans: whether to invade France. Wargamers, I think, are generally predisposed to thinking in terms of the inevitability of a German invasion of France, but in RW there are a couple reasons to avoid such a campaign. One is the Maginot Line defenses make such an invasion difficult.

7 Another is there really isn't all that much reason to invade France in the first place. It has only one Crisis hex, Alsace-Lorraine, and that's right on the border. As mentioned, invading France might also potentially pit Poland and/or Italy against the Reich. About the best reason for the Germans each turn depending on the number of Crisis may find yourself well out on the proverbial to invade France is it might provide a way hexes your forces control on the map: the limb. Obviously, the longer you can delay to get \ units into the Spanish Civil War if it more hexes, the more picks. That's a a that break point the better. Then again, you breaks out, or even drive as far as Gibraltar two-edged sword. While most of the chits might want to push offensive play early on (which will prevent the British from using provide you with positive outcomes, such in order to generate a crisis for the other their naval power in the Mediterranean).

8 As alliances or additional combat power, side. It's what a later generation would call As for the Allied player, he has to exploit they can backfire if you push it too far and brinkmanship, and it also underscores the opportunities as they arise. For example, getting thereby increase the probability of picking a issue of national morale in warfare, something control of one or two countries in the Balkans Putsch, General Strike or Red Army Purge. that often doesn't get into simulations. can make a major difference as there are four The idea is, given the nature of politics in the Crisis hexes in the region, or five if Trieste is 1930s, governments had to deal with strong Which Way counted. Mussolini can be a real ally here if internal forces that were opposed to pushing the Germans have pushed him into your camp.

9 Crises into another general war. In western For the German player, the obvious early Another thing to consider is Allied sea power. Europe there were considerable anti-war, strategy is to go east to overrun Poland and The British have the Royal Navy, and the radical and often pro-German movements. then the Baltic states. Those countries are easy Allies have considerable amphibious transport In Germany, Hitler was willing to gamble but targets because of the lack of natural defenses capacity, especially when you take into account the generals and even some top Nazi Party in that part of Europe, and you can easily the French Navy. The Allies can get some officials (like Goering) were none too sanguine pick up three Crisis hexes among them. Other reasonable forces into the Balkans by landing about what might happen if he brought on fronts are more problematic.

10 To the south are on the long coastline and then pushing inland. another war. There's considerable evidence a Czechoslovakia and Austria, with three more Another thing for the Allies to do is wait faction among the German generals would've Crisis hexes. Both of them have considerable for the Germans to over commit themselves. launched a coup had Britain and France stood amounts of rough terrain on their borders, and The Reich will have extreme difficulty in 1936. firm as late as the Munich conference. the Czechs also have strong fortress units. The in fighting a multi-front war. It simply doesn't Players, therefore, have to take calculated Austrians are actually more vulnerable, since have the units. If the German player opens up risks. You can take things far, but if you get their militarily is weaker, but on the other hand too many fronts, the Wehrmacht will find itself to the point one of the big crises hit you, you there is an even chance of the Germans getting vulnerable on at least one of them. 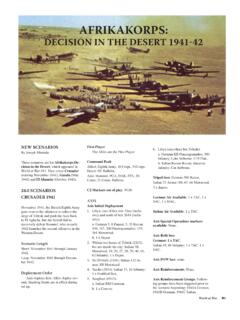 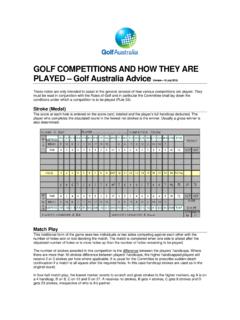 GOLF COMPETITIONS AND HOW THEY ARE …

GOLF COMPETITIONS AND HOW THEY ARE PLAYED – Golf Australia Advice (Version – 10 July 2015 ). These notes are only intended to assist in the general concept of how various competitions are played.

High School Gambling Fact Sheet FACTS (www.youthgambling.com) Because gambling is quite popular in our society, many teenagers try out … 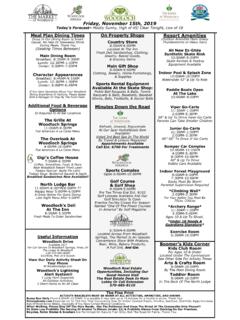 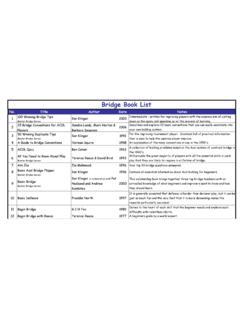 No. Title Author Date Notes 13 Bermuda Bowl - All Time Best Deals Henry Francis & Brian Senior 1999 The Bermuda Bowl is the bridge championship - the one everyone wants to win:

Chapter 1. Slot Machine Basics As a precursor to conducting analysis, we will review some basics about slot machines including: Types of machines 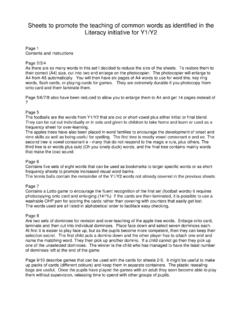 Sheets to promote the teaching of common words …