The Role of a Culture of Compliance in Information Technology Governance Syaiful Ali 1, Peter Green 1,2, Michael Parent 3. 1. Faculty of Economics & Business, Universitas Gadjah Mada, 2. School of Business, University of Queensland, 3. Faculty of Business Administration, Simon Fraser University, Abstract. Ethics has been perceived as one of the most important factors in establishing good corporate governance. Information Technology (IT) plays an increasing role in helping modern organizations to achieve their goals, and it has become critical in creating and implementing effective IT governance mechanisms.

1 The Role of a Culture of Compliance in Information Technology Governance Syaiful Ali 1, Peter Green 1,2, Michael Parent 3. 1. Faculty of Economics & Business, Universitas Gadjah Mada, 2. School of Business, University of Queensland, 3. Faculty of Business Administration, Simon Fraser University, Abstract. Ethics has been perceived as one of the most important factors in establishing good corporate governance. Information Technology (IT) plays an increasing role in helping modern organizations to achieve their goals, and it has become critical in creating and implementing effective IT governance mechanisms.

2 This study examines the extent to which an ethic or culture of compliance in IT within an organization influences the overall effectiveness of IT governance, and the factors that contribute to this effect. Responses from 122 internal auditors, members of ISACA. ( Information Systems and Audit Control Association) Australia, show that two factors contributed to the Ethics or culture of compliance in IT: corporate communication systems and the involvement of senior management in IT. This study advances our understanding of the roles of IT governance mechanisms and their impact on the overall effectiveness of IT governance.

3 Furthermore, the findings of this study provide empirical results on the IT governance mechanisms that have been previously studied mainly by normative and case study approaches. Keywords: compliance, Ethics , Information Technology , IT governance, Australia. 1 Introduction The collapses of Enron, WorldCom, HIH, and many others early this century have brought about renewed attention to corporate governance mechanisms and birth to a spate of legislation and regulations worldwide. Some countries, like the United States and its Sarbanes-Oxley Act (SOX), have chosen coercive mechanisms, focusing on enforcement and punishment for egregious behavior, while others, like Australia and the United Kingdom, have chosen more cooperative approaches that place the burden for disclosure and explanation on the companies themselves rather than auditors and regulatory enforcement officers.

4 Whichever approach is used, it remains that governments worldwide have ushered in a new era for business, one in which the actions of directors and executives will be closely scrutinized in order to prevent gross breaches of investor confidence, and their associated destruction of wealth, as has happened in the past. Shailer (2004, ) defines governance as decision-making in the exercise of authority for direction and control. This theme is echoed in Picou and Rubachs (2006) broader, agency-theoretic conceptualization of governance as the construction of rules, practices and incentives to effectively align the interests of agents with those of principals.

5 These definitions imply four interrelated principles: first, the company's directors and officers know the strategic direction the company is pursuing. Second, they act, or make decisions. Third, they have authority over the affairs of the organization. Finally, they have a fiduciary duty-of-care centered on oversight and control aimed at optimizing the interests of the organizations shareholders. Underlying them is an active commitment to engage in an ethic that transcends strict responses to precise regulations. Roberts (2001) expresses this enhanced form of governance as a shared responsibility felt towards others.

6 This trend towards an ethic of responsibility or culture of compliance, in organizations is part of what some have described as New Governance in which strict standards are replaced by boundaries that allow local experimentation to occur. Lobel (2004) describes this as a participatory, collaborative, decentralized, diverse, flexible, fallible and adaptable system whereby governance is embedded. A New 1. Corresponding authors Proceedings of GRCIS 2009. Governance approach puts ethical behavior in the forefront, establishing it as one of its most important factors (Coffin, 2003; Farrar, 2002; Trevino et al.)

7 , 1999; McCabe et al., 1996; and Verschoor, 2004). In a survey of Fortune 1000 firms, Weaver et al. (1990) found that 98 percent of responding firms address ethical or conduct issues in formal documents. Meanwhile, 78 percent have a separate code of Ethics , and most of them distribute these policies widely within the organization. Implicit in most governance legislation and regulation is the need for prudent governance of organizations IT functions. As McAfee (2006) recently showed, companies spend as much on Information Technology each year as they do on offices, warehouses and factories combined. As a result of these large investments, the consequences of any disasters are likely to be profound and lasting.

8 The importance of IT to business functions is well documented (cf. El Sawy and Pavlou, 2008). IT, for so long having been considered an enabler of an organizations strategy, is now viewed as an integral part of an organizations strategy in facilitating the exploitation of Information -based competitive advantage to maximize benefits, capitalize on opportunities, and promote organizational growth. In this regard, IT has progressed from being a separate function marginalized from the rest of the organization to increasingly critical. In this study, we argue that an ethic or culture of compliance in IT is critical for organizations in establishing and implementing effective IT governance.

9 As IT becomes more important, a sound ethic leads to more effective IT governance. Thus, our research questions are: To what extent does an ethic or culture of compliance in IT influence the overall effectiveness of IT Governance mechanisms in organizations? This question leads to additional sub-questions: What factors influence the development of such an ethic of compliance? Which factors are most salient? Existing research provides only anecdotal evidence. We explore in greater detail this role of ethical compliance in governing Information Technology through a survey of 122 internal auditors and members of the Information Systems Audit and Control Association (ISACA) in Australia.

10 Furthermore, this study represents to the best of our knowledge the first work to demonstrate empirically a positive significant relationship between ethic or culture of compliance and effective IT governance. 2 Theoretical Foundations In this section we develop the theoretical bases for our investigation. First, we examine the foundations and importance of sound IT governance. Next, we review the few studies that have been done in linking Ethics to Information systems decisions in organizations. IT Governance and Agency Loss Governance was first posited to be an agency problem, that is, one where power between the owners of a corporation (shareholders) was less than that of its managers who, though not owners, had near-perfect Information about the company and its operations. 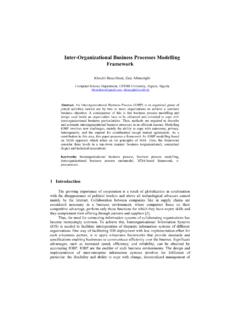 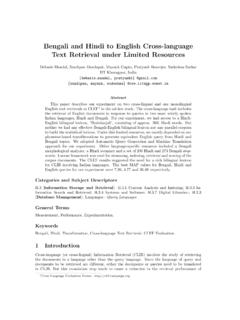 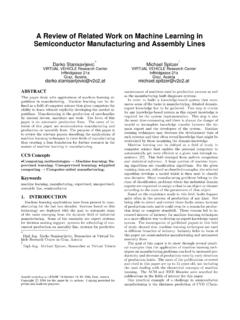 A Review of Related Work on Machine Learning in ... 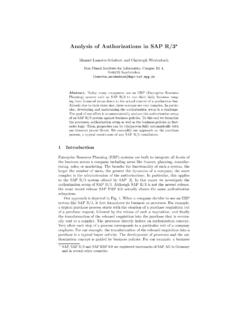 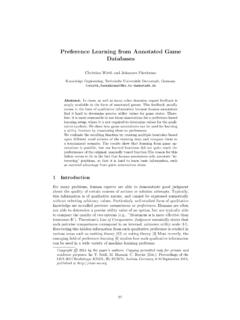 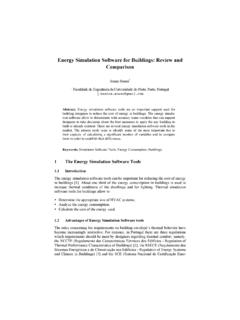 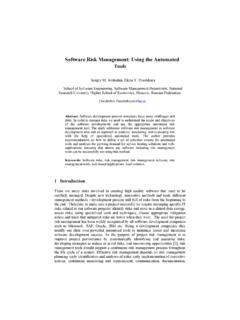 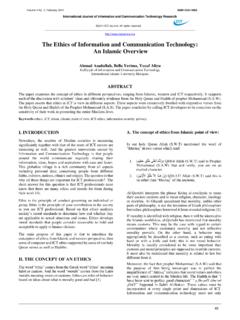 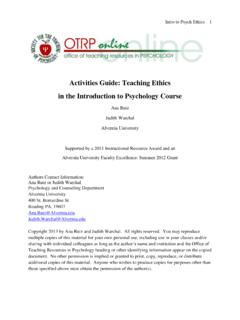 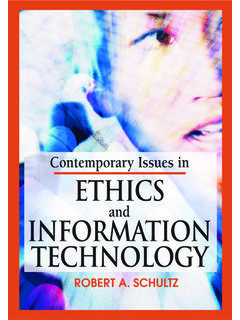 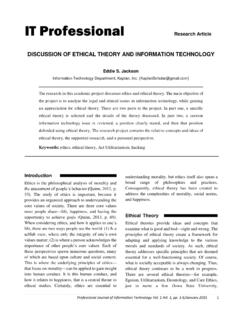 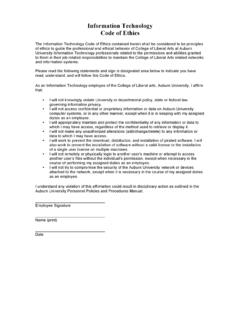 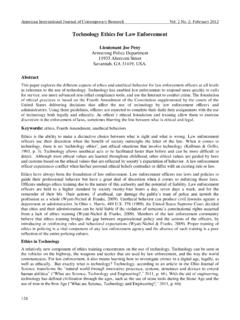 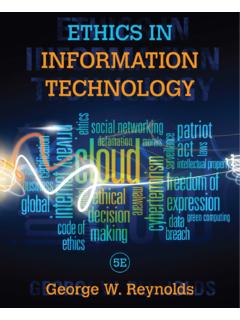 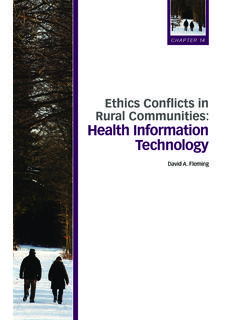