4 The purpose of this study was to compare the sensory Profile for children with Specific Language Impairment (SLI) (n=22) to a typical ABSTRACT. pattern, as well as the reported profiles of samples with autism and Attention Deficit/Hyperactive Disorder (ADHD). The SLI sample had significantly more sensory processing difficulties than the typical population in all aspects. The sensory Profile for both the autism and ADHD samples differed significantly from that of the SLI sample for H. Modulation Related to Body Position and Movement and Factor 6: Poor Registration. The SLI sample showed fewer sensory processing problems except for J.

5 Modulation of sensory Input Affecting Emotional Responses, M. Behavioural Outcomes of sensory Processing and Factor 9: Fine motor/perceptual indicating that this small sample of children with SLI did present with a unique sensory Profile pattern. Introduction sensory integration10. sensory integration results from the brain's The sensory Profile developed by Winnie Dunn is a measure of ability to process and integrate sensory information received from sensory processing and has been widely used both clinically and the environment and from the body10. The main contributors to in research to gain information on how children process sensory sensory integration as described in the work of Ayres are the tactile, information from the body and the environment1.

6 The informa- vestibular and proprioceptive systems, but does not exclude the tion gained from the sensory Profile provides information on the visual, auditory, olfactory and taste senses10. There is an ongoing contribution of sensory processing to a child's daily performance. It debate on the use of terminology but this article describes sensory provides information regarding behavioural tendencies in response processing according to Dunn's research and published work on to stimuli and identifies which sensory systems are likely to contrib- this concept11. ute to, or create barriers during functional activities2.

7 Studies using Thus for the purposes of this research the processing of sensory the sensory Profile propose that children with certain dysfunctions input refers to the functions the nervous system used to receive, respond differently to sensory stimuli than children without dys- regulate, and organise sensory input according to the neurological functions2-5. It is assumed that children with certain dysfunctions threshold of a child12. sensory modulation is the ability to regulate process sensory information differently. sensory information and to generate an appropriate response that Research indicates that there are specific patterns of sensory matches the demands and expectations of the environment12.

8 It processing consistent with the diagnostic criteria for children with further plays a role in regulating the habituation and sensitisation of autism and children with Attention Deficit Hyperactivity Disorder the person's responses to sensory information from the body and (ADHD)2,3,6,7. It is however not known whether a similar consistent the environment13. Dunn further proposed that, in order to produce pattern of sensory processing is present in other dysfunctions, like functional behaviour, modulation of information needs to create an Specific Language Impairment (SLI), where behaviours similar to interchange along a continuum of habituation and sensitisation1.

9 Those associated with autism and ADHD are also observed8,9. When a child has difficulty modulating between habituation and sensitization, they present with maladaptive behaviours, for Literature review they can present as being over excitable, hyperactive or overly The development of the sensory Profile progressed from the lethargic10. However when the impact of neurological thresholds ground breaking work that was initially done by Jean Ayres on on the behavioural responses is considered, a range of possible SA Journal of Occupational Therapy South African Journal of Occupational Therapy Volume 43, Number 3, December 2013.

10 Interpretations of these behaviours emerge, depending on the therapist following a full assessment17. effect of the high or low thresholds on performances1. children According to Tomblin9 SLI is diagnosed when the achieve- with a low neurological threshold often display the over excitable ment of age appropriate language levels fall at least -1 Standard or hyperactive behaviours while over habituation can occur when Deviation (SD) below the norm. The International classification a high neurological threshold is present resulting in overly lethargic of disease version 10 (ICD-10) further states that a disorder or and inattentive behaviour.

Ubuntu as a moral theory and human rights in … 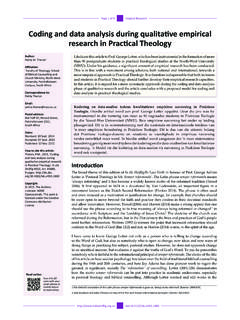 Coding and data analysis during qualitative …

Historia 54,1, Mei/May 2009, pp 159-179 159 Shaka the Great* Jeff Peires** Among several welcome signs that the gloom and doom which has for too long enveloped South African historiography is finally beginning to lift,1 … 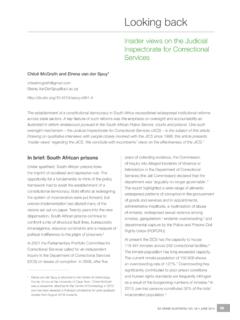 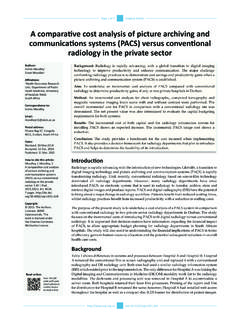 A comparative cost analysis of picture archiving and ...

http://www.sajr.org.za doi:10.4102/sajr.v19i1.634 Page 2 of 7 Original Article Both Hospital A and Hospital B had one darkroom assistant at the time of implementation. 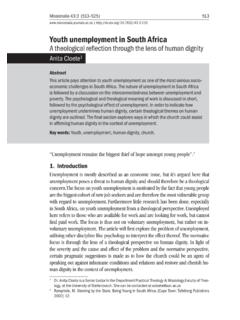 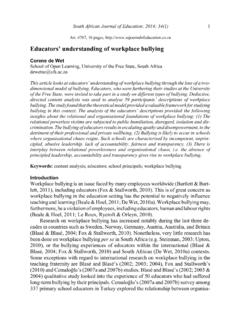 4 Journal of Education, No. 68, 2017 1 It is Saleem Badat who boldly inserts the term into the ferment of debates on the transformation of higher education in the wake of the student protest movement; Badat, S.

techNIcAl PAPer benchmarking the Journal of the … 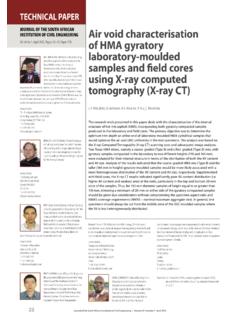 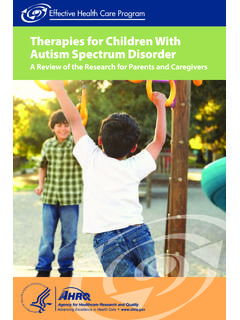 Therapies for Children With Autism Spectrum … 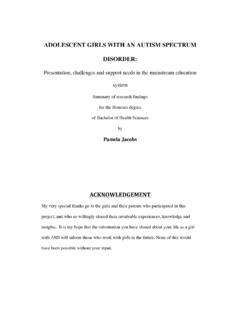 ADOLESCENT GIRLS WITH AN AUTISM SPECTRUM … 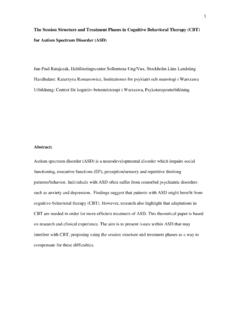 The Session Structure and Treatment Phases in …

2 Introduction Autism spectrum disorder (ASD) is a neurodevelopmental disorder that has been added to the most recent edition of the Diagnostic and Statistical Manual of Mental Disorders (DSM-V). 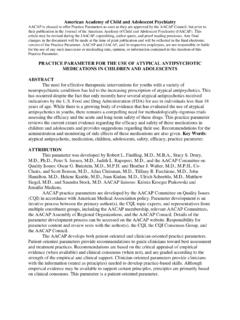 Title: Practice Parameter for the Use of Antipsychotic ...

3 changes associated with the use of AAAs should prompt careful consideration and use of AAA for indications supported by the scientific evidence. 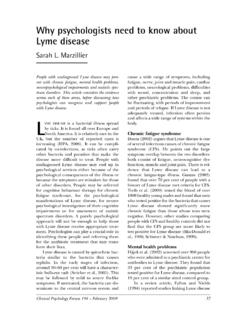 Why psychologists need to know about Lyme disease

About, Know, Needs, Psychologists, Why psychologists need to know about