1. Table of Contents From birth Page 3. Ages 2 to 3 Page 4. Second to Fourth Grades Page 5. Fifth to Sixth Grades Page 6. Seventh to Ninth Grades Page 8. Ninth to Twelfth Grades Page 11. Visual Aids External Female Anatomy Diagram Page 12. Internal Female Anatomy Diagram Page 13. Male Anatomy Diagram Page 14. 2. From Birth . When is the right time to begin talking to your child about sex? Right away! Yes, even a toddler can understand (and needs to understand) information about her bodily functions and genitals. Why? Because if she learns to be ashamed of her body or is confused about her body, this can present later in life as body image issues or shame surrounding her sexuality. Here is how you can help your child embrace her body, her bodily functions and her anatomy: Tell her the correct names for her body parts, and use them every time.

OPRAH.COM 3 From Birth… When is the right time to begin talking to your child about sex? Right away! Yes, even a toddler can understand (and needs to understand) information about her

1 1. Table of Contents From birth Page 3. Ages 2 to 3 Page 4. Second to Fourth Grades Page 5. Fifth to Sixth Grades Page 6. Seventh to Ninth Grades Page 8. Ninth to Twelfth Grades Page 11. Visual Aids External Female Anatomy Diagram Page 12. Internal Female Anatomy Diagram Page 13. Male Anatomy Diagram Page 14. 2. From Birth . When is the right time to begin talking to your child about sex? Right away! Yes, even a toddler can understand (and needs to understand) information about her bodily functions and genitals. Why? Because if she learns to be ashamed of her body or is confused about her body, this can present later in life as body image issues or shame surrounding her sexuality. Here is how you can help your child embrace her body, her bodily functions and her anatomy: Tell her the correct names for her body parts, and use them every time.

2 Don't use nicknames to refer to her genitals. This teaches her that her body is something to be hidden or masked. Correct terminology helps her to understand and embrace her body without reservations or shame. Celebrate her bodily functions and be positive about them, not negative. For example, when changing her diaper, don't say, "P-U! That stinks!" Instead, say, "What a healthy bowel movement!" You might feel a little silly at first, but this is because you likely learned from your own parents to be ashamed of your bowel movements when really, it is just a part of life! Normalize self-stimulation. In other words, don't slap their hands away or scold them for exploring their genitals. This self-exploration and curiosity is normal and healthy, so don't shame your child regarding it.

3 3. Ages 2 to 3. Now is the time that your child will begin asking questions about his body and the bodies of those around him. He will start to notice the differences between men and women, and he will begin to verbalize that confusion and seek answers from you. This can be a bit of shock for parents who never discussed such matters with their own parents or were quickly "hushed" if they did. Here's how you can give more educated and helpful guidance to your own child: Since your child feels comfortable exploring his body and genitals, he might be doing so out in public or at times in which it is inappropriate. To curb this, explain to him that while it feels good to touch the penis or the vulva, they their private parts and, hence, this touching should only occur in private.

4 This would also be a good time to teach your children that their private parts are their own and that no one else should touch them, other than parents/caregivers who are helping to wash them or wipe them. Also, let them know that other people's private parts are off-limits too. Enforce the lessons of "good touch" and "bad touch" at this age. Good touching is wanted and feels okay; bad touching is when they don't want to be touched. Tell your child that if someone ever touches them in a way that they don't want to be touched, they should say, "Don't touch me that way," and that they can also tell you or a teacher. You can model this touching when they are playing with their siblings or friends. If one of the children is being too "hands-on," whether he is hugging, pushing or playing with the other kids too roughly, tell them, "Johnny, just tell Susie that you don't want to be touched that way.

5 " Then follow it up with, "Susie, when you hear someone say that, it means you have to stop.". 4. 2nd to 4th Grades Around this time period, the child enters arguably the most difficult phase for a parent the phase when she starts asking, "Where do babies come from?" or "I. heard a kid at recess talking about an 'erection.' What is that?" Rather than become overwhelmed by these questions, try answering this large questions in stages. For example: Where do babies come from? From a special place inside a woman's body called her uterus. How does the baby get there? When a man and a woman love each other (insert your own values here, such as, when they are married, in college, are x years old, etc.), the man has sperm and the woman has an egg. The man's sperm fertilizes the woman's egg and a baby grows.

6 How do the sperm and egg get together? The sperm is made in the man's testes, which is inside his scrotum (insert male/female anatomy lesson here, if you haven't done so already), and the egg comes from the woman's ovaries. The sperm and egg meet in her fallopian tube, and then the fertilized egg travels down the fallopian tube to the uterus. In the uterus, there is a nice, cushy layer of nutrients, and the fertilized egg starts to grow there. How does the sperm get into the woman's body? When a man and a woman (insert values here, such as love each other, only want to be with each other, are married), the man puts his penis inside the woman's vagina (anatomy lesson has happened already) and the sperm comes out of his penis in a fluid called semen, and it goes into her vagina.

7 The sperm goes up into her uterus to her fallopian tube, where it meets the egg. 5. 5th to 6th Grades If you have not done so already, it's time to do an anatomy lesson. Here, you can use drawings of the sexual anatomy of both girls and boys. This is also a good time to talk about how semen is made, ovulation, menstruation, tampons/pads, wet dreams ("nocturnal emissions" is the correct term). Don't forget to include the other changes that happen with adolescence, such as hair growth, deepening voice, sweat production, oily skin, growth of breasts and penis and sexual thoughts/feelings. Normalize all of this and let them know that these changes happen at different times for everyone, between ages 9 to 14 for girls and a little later for boys. Reassure them that they can come to you any time they want with questions or concerns as they start to go through this sometimes scary process.

8 Other topics to cover include: Discuss masturbation and orgasm. When you talk about conception and pregnancy, don't forget to discuss nocturnal emissions and that girls sometimes have orgasms in their sleep as well. Explain what an orgasm is simply by saying that it's a really pleasurable feeling that comes from your penis or vulva being touched. To be more in-depth, say it's an intense contraction of the muscles in the area that feels like a beautiful release. Let you child know that as they get older, they might want to explore their genitals more and enjoy the sensations of touching more, and let them know that is normal and okay. Advise them that it is a good and safe way to release their sexual thoughts and feelings. Here is also where you begin talking about the mechanics of sex, such as how ejaculation occurs, etc.

9 Base this information on their questions. If they ask you about what oral sex is, don't just tell them that it is when a man or a woman puts their mouth on another person's genitals also ask them what they think about that, if they have heard anything about that at school or if they know someone who has done it or wants to do it. Always ask their thoughts and ideas and receive them with interest and openness, not judgment. You can still tell them about the risks and introduce sexually transmitted diseases. When you start talking to them about the mechanics of sex, remember that you are also talking to them about your hopes and dreams for their sex lives. For example, what you'd like for them their first time (to be with someone they love and trust, who is going to respect them and care about making them feel good, who loves them and whom they love in return, someone who is going to be with them the day after and not talk about them, someone who deserves the amazing gift that their body and sexuality is).

10 6. In 6th grade, you should also start talking about safer sex options, including birth control, but you should also inform them that abstinence is the only option that is 100 percent safe. You can show them the different options and even demonstrate by rolling a condom on a banana. Throughout this safer sex discussion, reinforce the idea that there is nothing they can't tell you, nothing they can say or do to cause you to stop loving them. Whatever the question might be, let your child say that nothing is off the table and that if you don't personally know the answer to their question, you will find their answer for them and report back. It is also important for parents to note that girls are starting puberty younger and younger these days. Many girls are now starting puberty as early as 9 years old, and this is when their hormones start kicking in big-time. 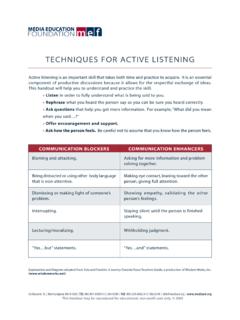 Explanation and Diagram adopted from Tutu and Franklin: A Journey Towards Peace Teachers Guide,a production of Wisdom Works,Inc. (www.wisdomworks.net) Active listening is an important skill that takes both time and practice to acquire. 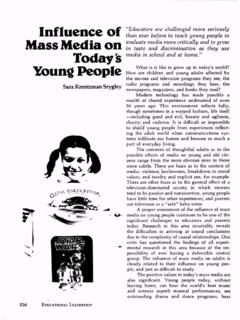 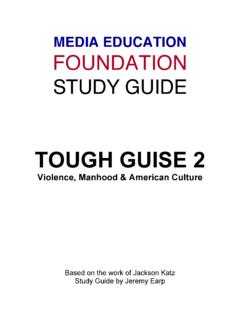 1) Applicant registration is completed at … 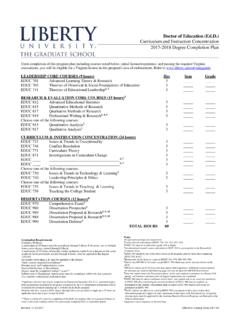 Doctor of Education (Ed.D.) Curriculum and …